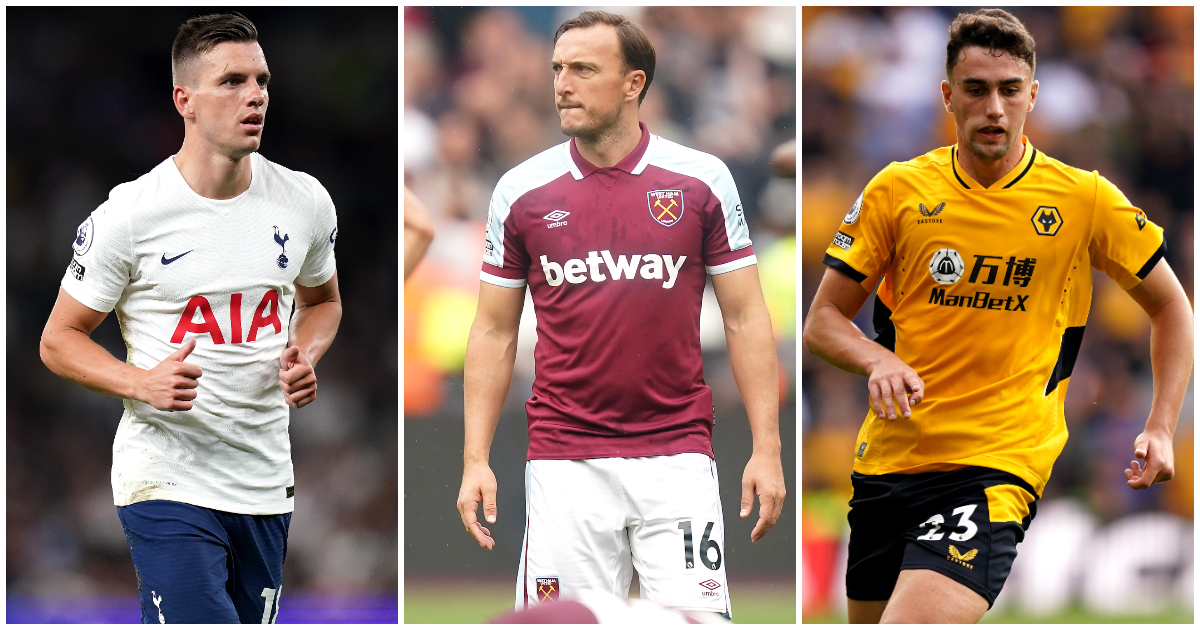 Everton and Wolves make up four of the back five, while Mark Noble takes his place as skipper – and presumably penalty-taker – after a single touch against Manchester United…

GK: Asmir Begovic – 5.37
Seems a little harsh on the Everton keeper, this. Begovic was deputising for the injured Jordan Pickford and can hardly be held accountable for any of Villa’s three goals. Villa would have been ahead early on had it not been for a brilliant point-black Begovic save from Tyrone Mings’ header. There were certainly worse performers in Rafa Benitez’s defence than his keeper…

RB: Ben Godfrey – 5.81
Godfrey was one of those who appeared more off-key than Begovic. Though the Everton defender can point to two excuses: firstly, he was out of position at right-back; secondly, he was not 100% fit. Both of which showed when Villa made a bold substitution to swap Matt Targett for Leon Bailey as their left wing-back. Lucas Digne was even more culpable, playing a role in all three Villa goals, but the left-back scraped a 6.05.

CB: Max Kilman – 5.00
Like Everton, Wolves had a shocker defensively on Saturday, with nobody struggling more than Kilman. The hosts were already 1-0 down to Brentford when Kilman tried to be too clever in dealing with Ivan Toney, who led Wolves a merry dance around Molineux for 90 minutes. Rather than clear the danger when he won a sliding tackle, Kilman tried to hook the ball and retain possession. It didn’t work. Toney capitalised to tee up Bryan Mbeumo, though there is plenty of blame to go around the Wolves centre-backs. Conor Coady was slow to close down Toney, while Romain Saiss simply forgot to pick up Mbuemo.

CB: Marcal – 5.84
Marcal was playing at left wing-back against Brentford but since he has played in the heart of defence previously for Lyon, the Portuguese wing-back is filling in at centre-back for this rabble. Like the rest of the Wolves defence, Marcal could only get to grips with Toney by literally gripping him at a corner, which led to Brentford’s opener from the penalty spot.

LB: Brandon Williams – 5.80
The Manchester United loanee had a positive start to his spell at Norwich, but it seemed against Watford that Williams had caught a dose of whatever his new team-mates in Daniel Farke’s defence have suffered from. Williams’ battle with Ismaila Sarr was even enough in the first half, but the Watford winger took charge in the second period, scoring twice to inflict upon Norwich a 15th straight defeat in the top flight.

CM: Mark Noble – 5.53
We wouldn’t normally include substitutes in the worst XI, certainly not added-time replacements. But Noble’s contribution is too hilarious to be ignored. Given his only touch was a missed penalty, 5.5 seems generous, though it presumably goes down as a shot on target.

RM: Pablo Fornals – 5.75
The inclusion of Noble’s West Ham midfield mate may seem harsh since Fornals was as busy as ever against United. He managed a couple of efforts just off target and contributed a couple of key passes. But giving the ball away seven times seems to have done for the Spaniard.

LM: Giovani Lo Celso – 5.85
Lo Celso and Dele Alli seemed to be competing with each other for the title of Spurs’ most ineffective player against Chelsea on Sunday. The Argentina midfielder was hooked on the hour just a few minutes after losing possession to Mateo Kovacic in his defensive third allowed the Croatia midfielder to tee up N’Golo Kante for Chelsea’s all-important second goal.

RF: James Maddison – 5.94
Another below-par performance from Maddison which saw him hooked at half-time during Leicester’s defeat at Brighton. That’s 15 games without a goal or assist for the former England playmaker and though Brendan Rodgers insists Maddison deserves “time, patience, support” to rediscover his best, the Leicester boss evidently is running out of all three since he started on the bench against Napoli last week before returning there after 45 minutes at the AmEx.

CF: Ashley Barnes – 5.84
The Burnley striker has spent the first few weeks of the season throwing his considerable weight around, getting on the wrong side of Jurgen Klopp in the process. Barnes, though, was pocketed by Gabriel and an Arsenal defence that might have been expected to crumble in the face of Burnley’s brute force. The only occasion Barnes escaped, he sent a free header woefully wide of the target.

LF: Wilfried Zaha – 5.92
James Milner accused Trent Alexander-Arnold of coming down with a dose of ‘Zaha-itis’ on the morning of Palace’s trip to Liverpool, but the Reds veteran certainly had the antidote. Milner kept Zaha quiet, with the Eagles winger being dispossessed eight times, while the 35-year-old stand-in had 44 more touches than anyone else on the pitch, making most passes, most tackles and delivering the most crosses.