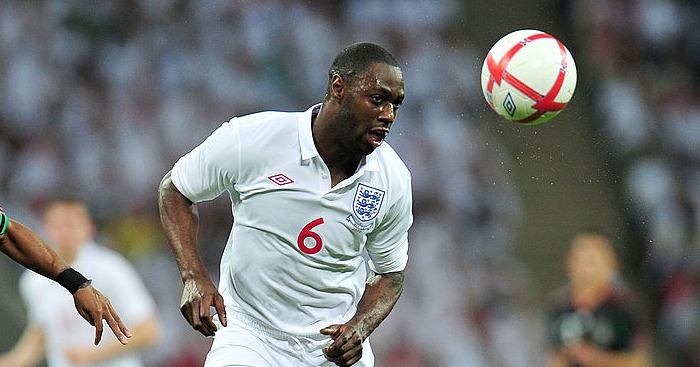 It’s supposed to be international week and we’re now left debating who would’ve made England’s Euro 2020 squad, which players will have more chance of making it next year and which players may now miss out, here’s an ‘England what could’ve been Premier League XI’…

Goalkeeper: Matt Murray
The former Wolves player was forced to retire over ten years ago, before he even turned 30. Still only 38, it’s conceivable that we wouldn’t even be having a debate about who should currently wear the number one shirt for England. Murray appeared to have all the qualities required to become a fantastic goalkeeper and was pivotal for Wolves as they won promotion to the Premier League in the 2002/03 season in a side that included Joleon Lescott, Paul Ince and Irish great Denis Irwin.

Unfortunately, injury restricted Murray to just one Premier League appearance and Wolves went straight back down the following year. With a fit Murray, things may have been different for Wolves and England. Just think, we may never have watched Scott Carson in agony versus Croatia, Rob Green in horror against the USA and Joe Hart in embarrassment as he chest-pumped his way to 75 caps.

Right-back: Rob Jones
Many England fans feel the battle for England’s right-back slot in the nineties and noughties would have been fascinating if Rob Jones remained injury-free, Liverpool fans will tell you there’s no doubt Jones woud have kept Gary Neville out of the side. The Welsh-born Jones was famously one of the few players who managed to mark Welsh wonder Ryan Giggs out of a game and impressed enough to make two PFA Team of the Year appearances.

After making his England debut in early 1992, Jones had to pull out of England’s European Championship squad that summer because of injury and won his last cap three years later, at the age of just 23. Part of Liverpool’s cream-suited side that lost out to Manchester United in 1996 FA Cup Final, more injury problems meant he missed out on another European Championship that year with England. Jones did at least win some silverware, the FA Cup in 1992 and the League Cup in 1995. It could and should have been so much more.

Was a mainstay of Liverpool’s defence. Probably one of the Premier League most underated defenders! pic.twitter.com/uBJximQKwO

Centre-half: Ledley King
268 Premier League appearances for a player who could barely train is a staggering record. Whilst he managed to captain Spurs to a League Cup win in 2008, chronic knee problems restricted King to just 21 England caps. Many felt he was the most naturally talented defender England possessed at the time; in an era of Sol Campbell, Rio Ferdinand and John Terry, that was high praise indeed. Considering how well King performed on the pitch when he didn’t even touch a ball on non-match days, that praise seems justified. King carried on playing into his early 30s for Tottenham, but without injury he certainly would have made more than two England squads at major tournaments.

Centre-half: Jonathan Woodgate
Another talented centre-half whose career was blighted by injury, Jonathan Woodgate made only eight appearances for England. Woodgate lined up alongside King in the 2008 League Cup final, a brilliant, yet injury-prone defensive core. The current Middlesbrough boss has only just turned 40, but it seems like an age since Woodgate burst onto the scene as a teenager for a Leeds United side who many thought would dominate the Premier League for years. Financial incompetence halted the club’s progression but persistent injury stopped Woodgate from reaching his peak. Only three times did he manage 30 or more league appearances in a season.

Ledley King, Jonathan Woodgate. The great centre-back partnership that wasn’t to be.

Left-back: Paul Lake
Not a traditional left-back, but Paul Lake was a fantastically versatile player, capable of looking at ease in any position. Unlike most in this XI, Lake never even got the chance to win an England cap, though many felt he would have gone on to captain the national team if injury didn’t make it seem like he was never really here. Still revered by Manchester City fans, one of his most famous moments came in a 5-1 Manchester derby win in 1989. City fans could be forgiven for thinking the nineties had a lot of positives in store for them with Lake as the heartbeat of the team, but the decade turned out to be very different for club and player. Lake suffered horrific physical and mental pain as a result of his injuries, it was a terrible shame he never got to reach his peak.

Right wing: David Bentley
Scorer of an incredible goal for Spurs against his former employers in a famous north London derby and a hat-trick against Manchester United for Blackburn Rovers, there was no doubt Bentley had the talent to succeed David Beckham on the right of England’s midfield. Bentley is still only 35, yet played his last Premier League game nearly ten years ago. In his short second spell at Blackburn, Bentley realised he no longer had the desire to be a professional footballer. He ended his career with just seven England caps in an international spell that spanned less than a year.

Central midfield: Jack Wilshere
Two Premier League appearances this season, eight last season;  the renaissance of Jack Wilshere hasn’t happened at West Ham United. Many England fans still had hope that Wilshere could return to the country’s midfield after his move from Arsenal. Still only 28, Wilshere no doubt hopes the future could hold a chance to improve on his return of 34 caps, but the number of fans who believe the same thing dwindles with every new injury concern. Former team-mate and current Arsenal manager Mikel Arteta recently referred to Wilshere in the past tense, saying “he could’ve been phenomenal”. That’s where the conversation surrounding Wilshere is now.

Central midfield: Matt Le Tissier
Famously ignored by Glenn Hoddle for inclusion in the 1998 World Cup squad, even after Paul Gascoigne had been dropped, Le Tissier never made an England World Cup or European Championship squad. It’s a common argument that England consistently ignored their more technically gifted players in favour of those willing to run around a lot. Le Tissier played for England eight times, former Southampton team-mate Carlton Palmer won 18 caps. A scorer of some implausibly brilliant goals, England had plenty of players to do the dirty work that Le Tissier didn’t do, but none who could produce the same moments of magic.

Matt Le Tissier with the skill and finish to match 👏#GoalOfTheDay pic.twitter.com/qm4POVmgg5

Left wing: Lee Sharpe
A player who had a lifestyle even Fergie couldn’t tame, Lee Sharpe should have been the answer to England’s left-wing conundrum in the nineties and early noughties. Instead, he won his last England cap in 1993, at the age of just 22. Sharpe and Ryan Giggs had battled for the spot on Manchester United’s left side under Ferguson, but whilst Giggs was a 40-year-old golden oldie by the time he retired in 2014, Sharpe’s Premier League career was over before he turned 30. Sharpe still ended up with an impressive trophy haul as part of United’s early Premier League title winning sides, but he could have won so much more. Still, at least he got to appear on Celebrity Love Island.

Striker: David Hirst
A Yorkshireman with all the qualities required to be a top-class striker, Hirst was another player who should have been part of far more England teams but for misfortune with injuries. As it was, his international career lasted less than a year before injury halted any advancement on a record of three caps and one goal. Still loved by Sheffield Wednesday fans, he was part of the club’s fantastic run to both domestic cup finals in the 1992/93 season.

Striker: Stan Collymore
England certainly weren’t short of top-quality strikers in the nineties. Stan Collymore is known these days for making a lot of noise on the radio, in newspapers and on social media, but back in the mid-nineties he was making all the right sounds on the pitch for Nottingham Forest. The club had recovered from relegation in the inaugural Premier League season and bounced straight back the following campaign. The newly promoted side amazingly finished third in the 1994/95 season, with Collymore scoring 22 times.

A big-money move to Liverpool followed and great things were expected of Collymore at club and international level. Of course, there were some memorable moments, particularly the winner in Liverpool’s 4-3 win over title-chasing rivals Newcastle United. However, Collymore suffered with off-field problems and in a time when it wasn’t considered possible for rich footballers to be depressed, his career didn’t reach the heights of his undoubted talent.