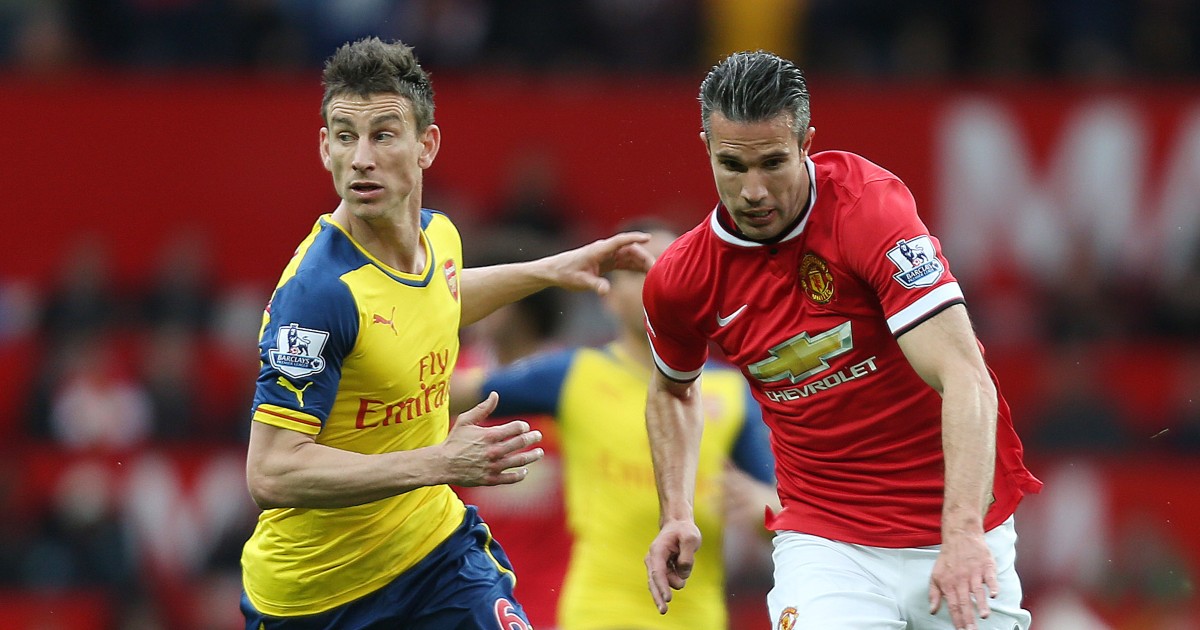 Roy Hodgson will manage perhaps his last Premier League game at Liverpool. Robin van Persie is one of many who bowed out against old clubs.

The Premier League says goodbye to Roy Hodgson on Sunday as the ex-England boss takes charge of Crystal Palace for the final time. Hodgson will face former club Liverpool in his last game, although he may not have too many happy memories of his time at Anfield.

To mark the occasion, here’s an XI made up of players who faced an old side in their last ever Premier League match.

Goalkeeper: Dave Beasant
Petr Cech may have played his last game for Arsenal against Chelsea, but as that was a Europa League final the four-time Premier League winner doesn’t qualify for this side. Dave Beasant takes the number one shirt instead, with the London-born goalie playing his last top-flight game for Nottingham Forest against former club Chelsea in the 1998/99 campaign. If you fancy a goalkeeper challenge, try naming the ex-Arsenal keeper whose only game for the Gunners came against Portsmouth, a club he had lined up for earlier in his career.

Right-back: Pablo Zabaleta
Manchester City legend Pablo Zabaleta made his last Premier League appearance against the Citizens whilst playing for West Ham last season. The Argentine came on as a second-half substitute for the Hammers in a 2-0 defeat at the Etihad and although he was named on the bench in the following games, it proved to be his last appearance. Another option at right-back is former Ireland international Stephen Carr, who lined up for Birmingham City against Spurs on the last day of the 2010/11 campaign.

Centre-back: Mark Wright
This year doesn’t mark the first time Liverpool have suffered with injuries in central defence. Back in the 1997/98 campaign Roy Evans lost veteran defender Mark Wright just six games into the season, while the woefully undercapped Rob Jones also spent a large chuck of time on the sidelines. Wright failed to recover, with the game against former side Southampton in September 1997 proving to be his last Premier League match.

Centre-back: William Gallas
Never one to shy away from a spot of controversy, William Gallas had no qualms about joining Tottenham after leaving north London rivals Arsenal in summer 2010. The French international stayed at White Hart Lane for three seasons and played his last Premier League match against the Gunners after coming on as a late substitute for Spurs in March 2013.

Left-back: David Unsworth
After helping Sheffield United secure promotion to the top flight in 2006, David Unsworth played just five times for Neil Warnock’s side the following season and left Bramall Lane for a new challenge at Wigan Athletic. The two relegation-threatened sides faced each other on the final day of the 2006/07 campaign, with Unsworth converting a penalty to give the Latics the win they needed to survive while condemning the Blades to the drop – all in his last ever Premier League game.

Right-wing: Andrei Kanchelskis
A fan favourite at Manchester United and Everton in the ’90s, Andrei Kanchelskis won two league titles during his stay at Old Trafford. However, the Russian star was past his peak come the 2002/03 campaign, featuring just once for Gordon Strachan’s Southampton against the Toffees. Shaun Wright-Phillips takes a place on the bench for this side, having played his last Premier League game for QPR in a 6-0 loss to former side Manchester City in 2015.

Central midfield: Phil Neville
While brother Gary remained high up the ladder throughout his career, Phil had to take a step down in the search for regular first-team football during the mid-2000s. The younger Neville switched Old Trafford for Goodison Park at the start of the 2005/06 campaign and remained at Everton for the next eight seasons. His last appearance came against the Red Devils in early 2013, as former boss Alex Ferguson worked his way towards a 13th and final Premier League title.

Central midfield: David Platt
Another Manchester-born star features for this side, with David Platt playing his last ever top-flight game in 1998 with Arsenal. It proved to be a fond farewell for one of England’s Italia ’90 heroes as he lifted the Premier League trophy for the first time, having spent the formative years of the competition away from England. Platt had made a name for himself with Aston Villa in the late ’80s and early ’90s before departing for Serie A but returned to these shores late his career, facing his former side in the last game of the 1997/98 campaign after coming on as a second-half substitute for Gunners legend Ian Wright.

Left-wing: Paul Merson
One former Highbury hero who missed out on the celebrations in 1998 was Paul Merson, who had switched north London for Middlesbrough a year earlier. Merson performed a reverse-Platt in 2002, playing his last ever Premier League game for Aston Villa against the Gunners in the 2001/02 campaign, before dropping down a level to line up for Harry Redknapp at Portsmouth.

Striker: Robin van Persie
Star striker leaves north London for Manchester in the pursuit of silverware. No, not Harry Kane but Robin van Persie. The Dutchman faced the wrath of Arsenal fans in 2012 after making the move to the Red Devils, but he wouldn’t have cared a jot after lifting the Premier League trophy at the end of his first year at Old Trafford. However, that stunning spell under Alex Ferguson was followed by two understandably less impressive campaigns with David Moyes and Louis van Gaal. In a twist of fate, Van Persie played his last game in England against Arsenal on the penultimate weekend of the 2014/15 season.

Striker: Dwight Yorke
Another striker who arrived at Old Trafford in search of trophies, Dwight Yorke won the treble in his first year at Manchester United after agitating for a move from Aston Villa, much to John Gregory’s chagrin. The Trinidad and Tobago international spent four seasons at the club before going on to play for Blackburn Rovers, Birmingham City and Sunderland. His spell on Wearside proved to be his last in the Premier League and his final game occurred in the 2008/09 campaign, after he came on as late substitute at the Stadium of Light in a 2-1 defeat for the home side against the Red Devils.