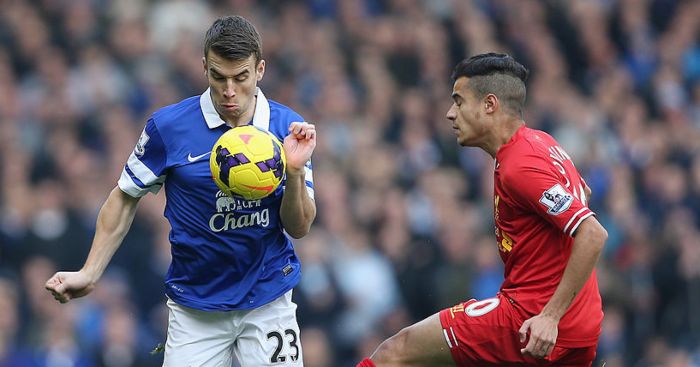 We’ve had A and B; will Coutinho and the C-Team be the cream of the crop?

Goalkeeper: Petr Cech
Without doubt one of the Premier League’s finest ever goalkeepers, Petr Cech is the clear choice for the C-Team’s No 1 spot. He was not one of the modern sweeper-keepers, like Ederson or the A-Team’s Alisson, nor did he routinely produce the camera-friendly acrobatics of Peter Schmeichel or David de Gea. Cech’s brilliance was built on consistency, reliability and a dedication to work hard at being the best he could be. In that respect, he was perfect for Jose Mourinho’s Chelsea in the mid-2000s as part of an outstandingly efficient team that only conceded 37 goals in 2004/05 and 2005/06 combined. Chelsea only lost once on their way to the title in 2005, nearly repeating Arsenal’s invincibility trick from the season before. Cech signed for the Gunners ten years later and fittingly ended his career against his former side in the 2019 Europa League final. If you fancy a goalkeeper challenge, try naming Chelsea’s four other Premier League C goalkeepers.

Right-back: Seamus Coleman
Coleman’s transfer to Everton was defined by the ‘C’ word every football owner wants to hear: cheap (bargain XI, anyone?). The Irish legend is without doubt one of the Premier League’s finest right-backs of the last decade and despite not having the trophy collection to match the other C-Team members, he certainly deserves his spot in the side. He’ll have to be on the top of his game to keep out fellow Irishman Stephen Carr.

Centre-half: Sol Campbell
Campbell would undoubtedly let C-Team manager Brian Clough (sure, Antonio Conte has a Premier League title, but Clough would be Alphabet League box-office) know how lucky he is to have one of the best footballers in the world at the club. Clough would probably respond by letting Campbell know how lucky he is to be at the club with the best manager in the world. The two egos might clash, but there are no transfers in the Alphabet League, unless you change your name. Campbell would only be allowed to leave for bitter rivals, the S-Team, if he went full on mononymous and just had Sulzeer on the back of his shirt. Surely he wouldn’t do anything like that?

Centre-half: Jamie Carragher
Joining Campbell in defence is a one-club man who has more appearances in the Premier League than any other player eligible for C-Team selection. Jamie Carragher lined up over 500 times for Liverpool and won everything on offer to him except the biggest title of all: the Club World Cup. If Campbell did leave, there are two accomplished options at centre-back to partner Merseyside-born Carragher: Chelsea duo Ricardo Carvalho or Gary Cahill.

Left-back: Ashley Cole
Cole was born to be in the C-Team: played for Chelsea; won the Champions League; married a Cheryl; and he’s one of England’s nine centurions. By the time he reached triple figures for his country in 2013, he had become the most successful player in FA Cup history, having lifted the famous old trophy seven times. Gael Clichy and Ben Chilwell look likely to be left out in the cold when it comes to C-Team selection.

Defensive midfield: Michael Carrick
The calm and collected Carrick may not have caught the eye of England managers too often, but he certainly performed well enough at Tottenham Hotspur for Sir Alex Ferguson to take notice. A Champions League winner in his second season at Old Trafford, the Geordie boy could’ve won two more European titles if it wasn’t for Pep Guardiola’s mesmerising Barcelona side. Carrick may not feel quite as comfortable at the C-Team’s home ground as he is with a football at his feet, with the side playing at the City of Manchester stadium.

Right midfield: Philippe Coutinho
Liverpool didn’t end up missing him too much in the end, but a potential Coutinho return to the Premier League is an exciting prospect. Although it hasn’t worked out well for the Brazilian at Barcelona, any of the Champions League-chasing pack in England would surely love to have him. There’s no doubting Coutinho played the best football of his career so far at Anfield and his spell there has been his longest stay at any club. The Premier League may well prove to be his home from home and he’s certainly welcome to get his feet under the table in the C-Team dressing-room.

Left midfield: Joe Cole
One of the finest players to come out of London, Cole joins former West Ham team-mate Michael Carrick in the C-Team midfield. It seems like a crime to have the marvellously creative options of Santi Cazorla, Yohan Cabaye and Benito Carbone on the bench – and that’s without including the follicly mismatched duo of Esteban Cambiasso and Ivan Campo.

Attacking midfield: Tim Cahill
Another Everton bargain in the side, Cahill signed for the Toffees in 2004 for just £1.5m. The Australian will have happy memories of the C-Team’s ground, having scored his first goal for Everton at Manchester City in a season that saw him become an instant hero at Goodison Park. Everton finished above Champions League winners Liverpool at the end of the campaign and Cahill was the leading goalscorer for the side. Although Cahill was capable of scoring incredible goals with his feet, he became notorious for his commanding presence in the air. Clough may have to start putting grass in the clouds after all.

Striker: Eric Cantona
The charismatic Frenchman was often a main character in the stories of early Premier League seasons as Manchester United became a dominant force at the top of English football. Cantona’s early retirement in 1997 saw him miss out on a treble in 1999 and a France World Cup win in 1998, although he hadn’t played for Les Bleus since 1995 (but he was the first of his countrymen to win the Premier League). However, Cantona’s influence stretched beyond his playing days at Old Trafford, with the class of ’92 benefiting from his dedication to training and uncompromising determination; even now he is revered by a younger generation who never even saw him play.

Striker: Andy Cole
Cole’s record of 187 Premier League goals makes him the third-highest English goalscorer in the competition, behind Alan Shearer and young England debutant Wayne Rooney. Take away Shearer’s record from the penalty spot and Cole’s goals-to-game ratio is almost identical to the Newcastle legend’s stats, yet he never really made it at international level. Former England manager Glenn Hoddle once said Cole needed five chances to score a goal; it seemed an unfair statement about a player who excelled at the top of the game. If Clough ever did get frustrated with Cole, though, he has plenty of other options who could do the job just as well. Peter Crouch, Hernan Crespo and undercapped England star Stan Collymore are the standout choices, but Andy Carroll and former Norwegian international John Carew would also provide a different approach from the bench.