This is a great old school D side with some added delight from Kevin de Bruyne... 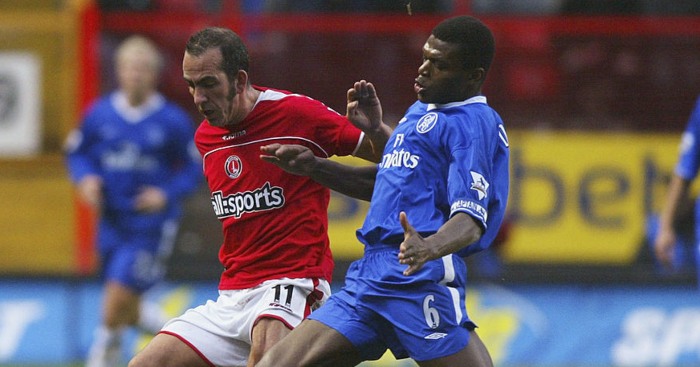 We’ve been through the ABCs, now discover the Ds…

Goalkeeper: David De Gea
Manchester United’s dependence on De Gea’s brilliance in the post-Ferguson era has been well-documented; the Old Trafford faithful would have been happy to see a statue of David built after his consistently stunning performances kept the side in games they could have easily lost. Never before has a damaged fax machine meant so much to so many. However, De Gea’s number one spot in the side is under the spotlight for the first time since his debut season at the club as Dean Henderson continues to impress at Sheffield United. Do United fans want to stick with the devil they know? As a goalkeeper challenge, try naming the former Manchester United apprentice who got used to picking the ball out of the net as part of a Swindon Town team that had a dire 1993/94 season in the Premier League.

Right-back: Lee Dixon
Dixon went from Burnley reject in the early eighties to a First Division title winner with Arsenal in the late eighties. He was 25 and in his first full season as top-flight player at the time of the north London club’s 1989 triumph. Thirteen years later in 2002, Dixon retired as a double winner, having won league titles in three consecutive decades. Despite being part of a famously miserly defence at club level, Dixon was never part of an England tournament squad, winning just 22 caps spread over a nine-year period. Also, it wouldn’t be a proper D-Team without the occasional disaster and Lee Dixon’s own goal in 1991 is surely one of the greatest of all time. If you’re bored today, check it out and send in your best own goal XI.

Who remembers when Lee Dixon scored this beauty of an own goal? pic.twitter.com/NvYRXBcDK9

Centre-half: Marcel Desailly
In the early to mid-nineties it seemed ludicrous that Chelsea could sign a World Cup winner and two-time Champions League winner, but times were changing at Stamford Bridge towards the end of the century. Desailly became part of a cosmopolitan squad at Chelsea, joining fellow World Cup winner Frank Lebouef as well as Italians Gianfranco Zola, Roberto Di Matteo and Pierluigi Casaraghi. Desailly’s experience and formidable presence at the heart of defence had an immediate impact as Chelsea qualified for their first ever Champions League campaign at the end of his debut season. During his six-year spell at the club, they never finished lower than sixth and came second to Arsenal’s Invincibles in 2004. John Terry could not have learned from a greater master.

Centre-half: Richard Dunne
Dunne could certainly appreciate fellow D-Team member Lee Dixon’s own-goal prowess, becoming an aficionado of the craft during his long career in the top flight. Despite that, he was one of Ireland’s finest defenders of the Premier League era and captained Manchester City in the late noughties. Dunne took over the club captaincy from fellow D Sylvain Distin, who is a handy substitute for the D-Team, able to cover the centre and left of defence…where he might well be needed due to suspensions. Other options in the heart of defence include Scott Dann, Michael Dawson and Lewis Dunk.

I reckon we should bring Richard Dunne out of retirement and pay him £500,000 a week plus own goal bonuses just cos we bloody well can

Left-back: Julian Dicks
Here’s why Distin may well be needed, Julian Dicks was certainly used to a spell on the sidelines in his career, either through his no-nonsense playing style leading to suspensions or through his unfortunate luck with injuries. Despite his aggressive demeanour on the pitch, Dicks was more than just a terminator figure at the back – he had a devastating left foot, scoring 24 Premier League goals. His goal total in the division is higher than fellow left-back and set-piece specialist Stuart Pearce, though the golden oldie kept Dicks out of the reckoning for an England spot. Another option to replace Dicks in the D-Team is Tony Dorigo, a man who did win England caps despite not really being English. For the modern fan, please insert recent Premier League addition Lucas Digne.

Right midfield: Roberto Di Matteo
D-Team manager Kenny Dalglish has some difficult decisions to make in midfield. The Premier League has been home to some fantastic foreign D talents over the years, with Edgar Davids, Youri Djorkaeff, Didier Deschamps and Angel Di Maria all having brief stays in England. However, Roberto Di Matteo enjoyed a long and successful spell at Chelsea despite suffering with injuries. The Italian scored the fastest goal in FA Cup final history (until it was beaten by Louis Saha in 2009) in the 1997 showpiece against Middlesbrough, a team who had been on the end of a Di Matteo belter earlier in the season. Di Matteo’s run from his own half and subsequent blistering finish in that final has gone down as one of the competition’s finest ever goals and he further enhanced his reputation as a man for the big occasions a few years later, scoring the only goal of the 2000 FA Cup final.

When Roberto Di Matteo scored this beauty in the 1997 FA Cup final… pic.twitter.com/hbaSjLpITc

Central midfield: Kevin De Bruyne
The D-Team’s hopes of making it to the top of the Alphabet League would largely depend on the artistry of Kevin De Bruyne. Although former Manchester City team-mate Vincent Kompany was the first of his countrymen to win the Premier League, De Bruyne surely ranks as the finest Belgian in the competition’s history. However, despite fourmidable success at domestic level, he has yet to come close in the Champions League. If Manchester City’s European ban is upheld, De Bruyne’s situation would become very interesting; there’d certainly be no shortage of suitors desperate to accommodate one of the world’s best players if he wanted to up sticks and leave. A dream playmaker substitute is available for the D-Team in the form of Deco, whilst Mousa Dembele is also a D midfield option.

Left midfield: Damien Duff
A two-time Premier League winner and proud owner of 100 international caps, Damien Duff gets a deserved spot in the D-Team. The Irish legend completes a non-British midfield for the team, but there are UK-born options on the bench. Kieron Dyer would be a fantastic substitute if he could stay fit, whilst Fabian Delph, Eric Dier and Stewart Downing also make the squad. As for the D-Team’s stadium, rebuilding the Dell would provide a nostalgic feel but the DW is a lot bigger.

Forward: Paolo Di Canio
Some people will feel the controversial Italian belongs in a c**t XI rather than an alphabet XI, but Di Canio’s on-pitch talent warrants a place in the D-Team. Despite remaining uncapped for Italy, his performances for West Ham at the turn of the century led to Alex Ferguson courting a player who had worked hard at rebuilding his career in England after the Alcock incident. Di Canio declined the Scot’s invitation, opting to remain at Upton Park and solidify his status as a hero there. There could be some arguments over the penalty-taking duties with fellow West Ham immortal Julian Dicks. Imagine that ding-dong.

After being denied 3 penalties, he’s had enough, fucks off to the bench and tells Harry Redknapp to sub him.

Striker: Didier Drogba
Another controversial D figure, there would certainly be plenty of wound-up opponents with Di Canio and Drogba in the same side. Just as likely to get sent off in a Champions League final as he is to score the winning penalty, Drogba was capable of the ridiculous and the sublime. His spot-kick won the 2012 final for a Chelsea side managed by fellow D-Team member Roberto Di Matteo. It was meant to be his last ever act for the club, but he couldn’t stay away, returning to Stamford Bridge for the 2014/15 season. He added a fourth and final Premier League title to his name in his second spell, ten years after winning his first. Many great players have had returns nobody remembers, but Drogba was always capable of making you sit up and take notice.

Striker: Jermain Defoe
He didn’t quite make the Greater London side, but Jermain Defoe gets a spot in the D-Team. Despite being behind England’s youngest striker debutants Wayne Rooney and Michael Owen in the national team pecking order, Defoe still enjoyed a lengthy career at international level, winning 57 caps and scoring 20 times. The eighth highest goalscorer in Premier League history would surely form a deadly partnership with Drogba, but there are other dependable options on the bench. Pundit and property don Dion Dublin, Troy Deeney, Brian Deane, Edin Dzeko, Landon Donovan, Christophe Dugarry and England’s late debutant Kevin Davies.