There are some class acts in the E-Team but there are a few fillers too. Who remembers Brett Emerton? 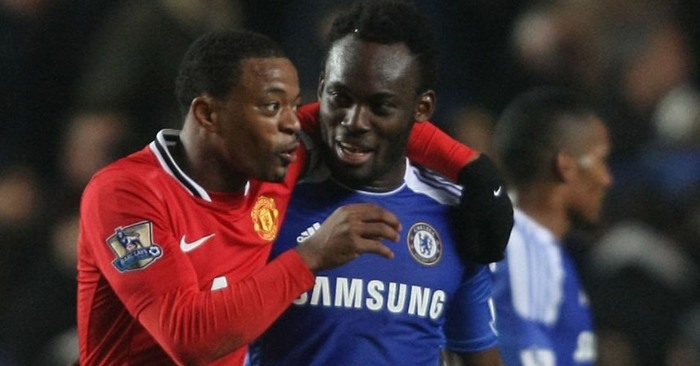 Goalkeeper: Ederson
Manchester City’s purchase of Ederson in 2017 has certainly improved the goalkeeping strength of the E-Team. There’s no doubt that the Brazilian has proved to be a significant upgrade on his fellow South American Claudio Bravo at the Etihad too. Still yet to reach double figures for his national side thanks to A-Team goalkeeper Alisson, Ederson faces a long battle with his Liverpool counterpart for Brazil’s number one jersey. However, for the E-Team his position in goal is almost without challenge. If you fancy a goalkeeping challenge yourself, try remembering the E goalkeeper who made an infamous howler in a West Midlands derby.

Right-back: Brett Emerton
There once was a time when Graeme Souness managed football teams rather than getting involved in an unnecessary spat with a player who has never heard of him. He did a rather good job at Blackburn Rovers too, leading them to promotion in 2001 and guiding them to sixth place in the Premier League in 2003; Rovers’ best finish since their headline act of 1995. In the summer of ’03 Norwegian legend Henning Berg departed the club and Souness strengthened his side with the purchase of Brett Emerton from Feyenoord. The Scottish manager had been tracking the Australian international for two years, proving he now did his homework after the Ali Dia debacle at Southampton. Emerton proved to be a great purchase for Blackburn, going on to play 247 Premier League games for the club before returning home in 2011.

Centre-half: Ugo Ehiogu
Three years ago, former England defender Ehiogu passed away at the age of just 44. For a man with young children to lose his life so suddenly was a true tragedy and a reminder to the world of football what real loss is like amongst glibly written stories of relegation and star player sales. During his time at Aston Villa he lined up in defence alongside Irish great Paul McGrath and current England boss Gareth Southgate in the 1996 League Cup final, where his side emerged victorious in a 3-0 win against Leeds United. In 2000 he moved north to join Middlesbrough, with the club enjoying their best spell in the Premier League during his time there.

We learned the shocking news that Ugo Ehiogu had passed away aged just 44. Arguably one of our best ever defenders and a key part of our Carling Cup winners, Ugo was still hugely popular on Teesside. He is sadly missed by football as a whole. pic.twitter.com/RXcg6jLgQ0

Centre-half: Jonny Evans
Now 32, one of Northern Ireland’s finest ever central defenders isn’t far off reaching a century of international caps and he’s only 12 games away from reaching 300 Premier League appearances. Jonny Evans broke into the Manchester United side in the autumn of 2008; United were the reigning champions of Europe at the time and he faced a monumental task trying to oust Greater London-born Rio Ferdinand and Serbian stalwart Nemanja Vidic from the team. Though not first choice, Evans played regularly for the next six seasons and was tipped to become a mainstay of United’s back line for many years until Louis Van Gaal sold him to West Brom in 2015. With the Old Trafford faithful bemoaning their home-grown options at the back in the following seasons whilst Evans continued to impress elsewhere, it certainly seemed like the Dutchman made the wrong decision.

Left-back: Patrice Evra
Another member of Manchester United’s Champions League-winning defence in 2008, Patrice Evra spent over eight years as a fan favourite at Old Trafford. As well as the European title, the Frenchman won five Premier Leagues with the club and was France’s starting left-back for the best part of a decade too. Full of energy and enthusiasm, Evra’s style suited the evolution of the full-back role and he continued to play into his late thirties. He’s recently featured on our screens as a pundit, where he faced the greatest challenge of his career sitting between the cantankerous duo of Roy Keane and Souness. Evra’s competition in the side comes from Mike Ashley’s biggest Newcastle takeover signing, Jose Enrique.

Right wing: Stefano Eranio
A nostalgic option at right wing, Eranio was one of the first Premier League Italians in an era when Football Italia made every signing from Serie A seem like a gift from God. Eranio was no divine ponytail or angel Gabriel but he did answer Derby County fans’ prayers for quality reinforcements in 1997 to ensure the club’s first season at Pride Park was a successful one. The former AC Milan star didn’t disappoint as he helped Derby County to a top-half finish in the 1997/98 season and maintained that form the following campaign. The eighth-place finish in ’99 remains the club’s best Premier League performance to date and after Eranio left in 2001 the Rams soon suffered relegation.

Find someone who looks at you the way Jimmy Smith looks at Stefano Eranio. RIP pic.twitter.com/172UG6hKg5

Defensive midfield: Michael Essien
Signed by Jose Mourinho at the peak of his powers in 2005, Essien was the perfect fit for Chelsea’s ruthlessly efficient side of the time. The Ghanaian proved to be one of the buys of the season as his new side successfully defended their league crown and looked to make further strides towards Champions League success. Chelsea came close in 2008 as they lost out to Manchester United in the final, with Essien filling in at right-back, coming up against fellow E-Team member Patrice Evra and seventh-best Premier League import Cristiano Ronaldo. He did go on to win the competition in 2012, but by that time the versatile midfielder was on the periphery of the side having suffered cruciate ligament injuries that severely reduced his capabilities.

Attacking midfield: Christian Eriksen
One of the Premier League’s Great Danes, Christian Eriksen played the role of creative genius in the finest Tottenham side of the Premier League era. He would surely fit in perfectly next to Michael Essien to form an excellent central midfield partnership for the E-Team in the Alphabet League. Other midfield options for the side include the Brazilian trio of Emerson, Edu and Elano. One name sure to feature on the team sheet in the future is Liverpool’s Harvey Elliot, the Premier League’s youngest player ever. Eriksen may not feel at home at the Emirates, the E-Team’s stadium, so perhaps the club could go old-school and play at Elland Road or at Ewood Park instead. As for a manager, how about Eriksen’s near namesake, Sven-Goran Eriksson?

Attacking midfield: Robbie Earle
Although he joined Wimbledon a few years after their epic 1988 FA Cup final win against Liverpool, Robbie Earle did make an impact for the Crazy Gang in their first Premier League season. He scored the winner against Arsenal in a 3-2 win in the September of 1992 and went on to be the hero later that month as Wimbledon shocked Liverpool yet again, with Earle setting up the first goal and scoring two in another 3-2 win. He was a crucial figure for the club as they continued to defy expectations with mid-table finishes throughout the decade and ended his career with 244 appearances in the competition. Not quite a first season foreigner in the Premier League, Earle was still hoping to earn a call-up for England in the early nineties but went on to play for Jamaica at the 1998 World Cup, scoring a consolation for the side in their group stage defeat to eventual semi-finalists Croatia.

Robbie Earle joined @AFCWimbledon in 1991, where he spent 9 exciting years with the club.

Here are just a *few* of the stories about his tenure with The Dons 📚👏 pic.twitter.com/rhDNkGKqyJ

Left wing: Matthew Etherington
The man who delivered for West Ham on their way back to the Premier League in 2005, Matthew Etherington had became a favourite at Upton Park the previous season after scoring against Ipswich Town in the semi-finals of the First Division play-offs. The Hammers lost out to Crystal Palace in the end but made no mistake in the following season’s final as Etherington’s cross was converted by Bobby Zamora for the winner against Preston. He spent the next four years in the Premier League with West Ham and started the 2006 FA Cup final against Liverpool, playing a huge part in his side’s second goal as the Hammers went 2-0 up. Of course, Merseyside legend Steven Gerrard turned it around and Liverpool won on penalties, leaving West Ham’s players with silver medals. Etherington left London in early 2009 to play Pulis-ball at Stoke before retiring in 2014.

Striker: Samuel Eto’o
He may not have played Premier League football until he was in his thirties but there’s no leaving out one of the noughties’ greatest strikers. The Cameroon international signed for Chelsea in 2013 as Mourinho embarked on his second stint as manager. Eto’o had been a key player for the Portuguese manager before, winning the treble together at Inter Milan in 2010. Even at 32, he proved he still had plenty left in the tank by scoring a hat-trick against reigning Premier League champions Manchester United in early 2014. Eto’o had previously broken United fans’ hearts by scoring the opener in the 2009 Champions League final for Barcelona and he also ruined Arsenal’s chance of a maiden win in the competition by equalising for the Catalan side in 2006 showpiece.