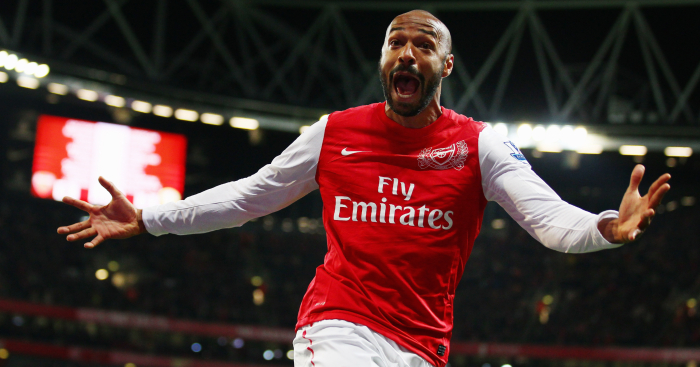 We’re up to the H-Team in the Alphabet League…

Goalkeeper: Joe Hart
There once was a time when Joe Hart was head and shoulders above any other English goalkeeper; now he’s not even the best a man can get at Burnley. At 33, he should be at his peak as a goalkeeper but it now seems unfathomable that he will improve on his 75 England caps. He remains tied with Yorkshire’s own David Seaman as the country’s second-most-capped goalkeeper and has the same number of Premier League titles as the former Arsenal hero too. Hart famously ousted G-Team number one Shay Given from the Manchester City side and was integral for club and country until Pep Guardiola’s arrival at the Etihad. Other goalkeeping options include Tim Howard, England’s late debutant Tom Heaton, Dean Henderson and Swedish ‘keeper Magnus Hedman. If you fancy a challenge, try naming the two H goalkeepers at Newcastle United in the mid to late nineties.

Right-back: Tony Hibbert
A one-club man and loyal disciple of David Moyes, Tony Hibbert played all of his 265 Premier League games for Everton. He may have lost out to Trent Alexander-Arnold in the Merseyside XI but Hibbert’s long stay at his local club earns him a spot in the H-Team. He may not offer too much going forward, but there’s plenty of more creative talent in this side. Hibbert’s in the side to do a solid job at the back for his manager, although he may not be too keen with the choice on offer for the H-Team. There are two former Liverpool managers of contrasting popularity in line for the position: Gerard Houllier and Roy Hodgson. After the barren years of Graeme Souness and Roy Evans in the nineties, Houllier brought domestic and European trophies to Anfield. Liverpool fans were concerned Hodgson was more likely to bring relegation during his brief spell as manager.

Centre-back: Sami Hyypia
Part of Liverpool’s fantastic 2000/01 treble-winning campaign under Houllier and the 2005 Champions League side under Rafa Benitez, Sami Hyypia was a hero at Anfield during his ten-year stay at the club. The giant Finnish defender hugely improved a defence that had consistently struggled in the nineties and he formed a solid partnership with Stephane Henchoz at the back. Henchoz will have to settle for a spot on the bench in the H-Team alongside Spaniard Fernando Hierro. The Real Madrid legend played in England for one season at Bolton Wanderers in his late thirties, helping the Trotters to sixth place in the same season as Hyypia and his Liverpool team-mates were performing miracles in Istanbul.

Centre-back: Robert Huth
Huth narrowly missed out on becoming the first German to win the Premier League, playing a minor role in Chelsea’s 2005 Premier League title triumph a year after Jens Lehmann became an invincible at Arsenal. But just over a decade later he played a major role in the competition’s greatest tale as a key member of Leicester City’s famous title-winning side of 2016. If Huth is ever unavailable for H-Team selection, there’s a ready-made replacement on the bench in the form of Norwegian great Brede Hangeland. Other defensive options include Blackburn’s 1994/95 Premier League winning centre-back Colin Hendry, Hermann Hreidarsson, Steve Howey and John Heitinga.

Left-back: Gabriel Heinze
A Premier League winner with Manchester United in the 2006/07 season, Heinze left for Real Madrid soon after. He had been immensely popular with the Old Trafford crowd during his short spell at the club, with his ruthless determination a huge asset on the pitch, although it proved a problem behind the scenes. The E-Team’s Patrice Evra had taken Heinze’s left-back spot at Old Trafford, with the Argentinean international wanting to make a move to bitter rivals Liverpool as a result. Unsurprisingly, United boss Alex Ferguson was unwilling to sanction the transfer and Heinze’s representatives reportedly attempted to use a third club as a middle man to circumnavigate the issue before the move to Spain materialised.

Defensive midfield: Dietmar Hamann
The second member of the H-Team who was part of Liverpool’s successful 2000/01 season and the club’s 2005 Champions League miracle, Dietmar Hamann endeared himself to the Anfield faithful with his accomplished and committed play during his seven-year stay with the Reds. The German international wasn’t so popular with England fans after scoring the last goal at the old Wembley Stadium in a World Cup qualifier, a match that resulted in Kevin Keegan’s resignation as national team boss.

Another former England manager is eligible for H-Team selection but Glenn Hoddle was in his late thirties by the time he played Premier League football as Chelsea’s player-manager. The eighties England star would be an excellent option from the bench though, as would another England international who had a short spell in the Premier League. Owen Hargreaves’ injury problems restricted him to just one season of regular football at Manchester United. Other midfield options include Ander Herrera, Matt Holland, Thomas Hitzlsperger and Ray Houghton.

Didi Hamann: “I think Henderson gives them balance and I always felt in recent years that was Liverpool’s Achilles heel, the lack of a holding midfielder to give players the freedom to go forward and let the attackers do what they do best.” 🔴pic.twitter.com/bWrQVAiURh

Defensive midfield: Jordan Henderson
Another Liverpool midfielder who lifted the Champions League, Jordan Henderson joined an exclusive list of British European Cup winning captains last year. Whether he’s only just becoming appreciated or if he’s comparable with Paul Scholes won’t matter a jot to a player fully focused on doing his best on the pitch. The players who have lined up alongside him have nothing but praise for the Sunderland-born star as he continues to provide inspiration for a Liverpool side agonisingly close to breaking numerous records. Next year will mark a decade of service at Anfield and Henderson’s eventual testimonial will be attended by thousands of grateful Liverpool fans. If he can help England to success at Euro ’21, there won’t be any doubters left at all.

Attacking midfield: Mark Hughes
One of the finest students to learn the art of the thunderb***ard, Mark Hughes could hit a ball so hard that referees couldn’t even see it hit the net. The Welsh Wonder once ‘scored’ a fantastic volley for Southampton that bounced back off the advertising boards after hitting the net but referee Alan Wiley remained apathetic and play continued.

Mark Hughes has a goal ruled out for Southampton against Leeds in 1999/00.

If only VAR was around… pic.twitter.com/yYhiAcU2IU

But Hughes had more about him than just power as his all-round play at Manchester United resulted in two PFA Player of the Year awards in 1989 and 1991. The latter of those accolades came after he sunk former club Barcelona with two goals for the Red Devils in the Cup Winners’ Cup final. He was still performing at the top level in his thirties, winning the double with United in 1994 before helping the influential Ruud Gullit to his first trophy as Chelsea manager with an FA Cup win in 1997.

Wing forward: Eden Hazard
Now at Real Madrid, Hazard will always be loved by the Stamford Bridge faithful in a way the ruthless Bernabeu crowd may never manage, with their reluctance to accept intermittent brilliance causing friction with many star names over the years. The Belgian centurion arrived at Chelsea just after they had won the Champions League in 2012, with Hazard the hottest young property in Europe. He lived up to the hype, producing moments of magic as the star man of two Premier League-winning sides at Chelsea. He scored a title-clinching goal in May 2015 and an FA Cup winner against Manchester United in 2018 on his way to becoming one of the Premier League’s finest ever players. He had to adapt to the varied styles of six different managers during his time at the club and was accused of downing tools towards the predictably combustible end of Jose Mourinho’s second spell as boss.

Wing forward: Thierry Henry
A player so good even Lionel Messi was starstruck, Thierry Henry is without doubt one of the greatest players to have graced the Premier League. Arsenal’s invincibility in 2003/04 was largely down to the Frenchman’s brilliance, with Henry scoring a blistering hat-trick against Liverpool towards the end of the season after Arsenal had fallen behind in the match. He bagged another hat-trick just a week later against Leeds United and it came as no surprise when he won the PFA Player of the Year for a second successive year. Henry fittingly provided the perfect farewell for Arsenal fans at Highbury with yet another hat-trick in the club’s final game at the historic ground. The legendary stadium would need rebuilding for the H-Team’s home games; with Henry and Hazard in the same team there’d be no shortage of willing spectators.

Striker: Jimmy Floyd Hasselbaink
Hasselbaink completes the H-Team’s mightily impressive forward line as the out-and-out striker of the side. The Dutch star scored 127 goals in 288 Premier League appearances, with the bulk of those coming from his spell at Chelsea. The two missed out on playing together at Stamford Bridge by a couple of years but with Hughes and Hasselbaink in the side, the H-Team would surely score some absolute belters in the Alphabet League. Emile Heskey provides some solid back-up, along with John Hartson, England’s undercapped star David Hirst, Gonzalo Higuain, Darren Huckerby and Northern Irish hero David Healy.