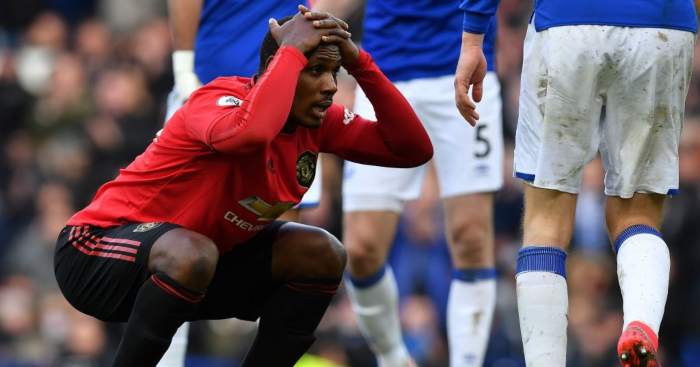 More from the Alphabet League; all eyes on the I-Team…

Goalkeeper: Eike Immel
The race for the goalkeeping spot in the I-Team doesn’t have too many contenders but a genuine German international is eligible in the form of Eike Immel. He was part of the squad that won Euro 1980 as a teenage back-up to MMA enthusiast Harald Schumacher. Immel spent the majority of his career playing for Borussia Dortmund and Stuttgart, joining Manchester City in his mid-thirties. The 1995/96 season wasn’t the best time to play for City with the undercapped Paul Lake finally admitting defeat in his attempt to recover from injury, a defensive unit struggling for consistency and a severe lack of back-up options to Niall Quinn and Uwe Rosler up front. Can you name another former City ‘keeper eligible for the I-Team?

Right-back: Andy Impey
Impey just about necks it for the right-back slot ahead of Chilean international Mauricio Isla, who spent one season at QPR in the club’s doomed 2014/15 campaign. Times were better for QPR during Impey’s spell at Loftus Road, with the London club finishing fifth in the inaugural Premier League season. Impey was part of a classic side in the early to mid-nineties that included the much-loved Les Ferdinand, Trevor Sinclair, Northern Ireland hero Alan McDonald and golden oldie Ray Wilkins. He had a brief spell at West Ham before settling at Leicester City.

Centre-back: Branislav Ivanovic
There aren’t many options at centre-back for the I-Team, so Chelsea legend Branislav Ivanovic will have to play in the middle to ensure the side don’t concede too many, especially with the forward lines of the F-Team and H-Team at large in the Alphabet League. The Serbian international won three Premier League titles and three FA Cups during his time at Stamford Bridge but missed out on the club’s 2012 Champions League final victory through suspension. Ivanovic left Chelsea in 2017 after making 261 Premier League appearances.

Centre-back: Ivar Ingimarsson
Spanish international Pablo Ibanez will have to settle for a spot on the I-Team’s bench, with his unremarkable spell at West Brom no match for Ivar Ingimarsson’s successful stay at Reading. In the 2005/06 season, Reading finished the Championship season with a record 106 points and ended up with a plus 67 goal difference. Ingimarsson was a key player in that side and helped the Royals to eighth in the Premier League the following campaign, the club’s first ever season in the top flight of English football. 2008 saw the club slide back down to the Championship but it had been an incredible journey for the Icelandic defender and his team.

Left-back: Denis Irwin
Irish legend Denis Irwin completes the I-Team’s back line, making it seem all the more reliable. A treble winner with Manchester United in the 1998/99 season, he spent over a decade collecting trophies in the nineties under Alex Ferguson. His decade didn’t end as well at international level, with Irwin retiring from international football after Ireland’s loss on away goals to Turkey in the Euro 2000 qualification play-offs. He carried on playing into his late thirties, linking up with fellow I-Player and former Manchester United team-mate Paul Ince at Wolves in the early noughties.

Defensive midfield: Paul Ince
Speaking of Ince, the London-born star is an obvious choice for I-Team selection, although it may not be the wisest choice for him to player-manage the side. He’d no doubt insist on Ince Jnr taking all free-kicks and penalties if he took charge; there’s certainly an I in nepotism. Despite that, Ince Snr would be the heartbeat of the I-Team, having been part of the PFA Premier League Team of the Year three seasons running in the early nineties. The other managerial option is former West Brom boss Alan Irvine, who only lasted a few months in the Hawthorns hot-seat, with the Baggies having to resort to Pulisball to get out of trouble near the bottom of the table in the 2014/15 season.

Defensive midfield: Muzzy Izzet
Izzet joins former Leicester City team-mate Andy Impey in the I-Team, with the two having played together in the 2000 League Cup final. The Foxes won the competition twice in the space of a few years, with the Turkish midfielder also appearing in the 1997 victory against Middlesbrough. Izzet joined the club from Chelsea towards the end of the 1995/96 season, with Leicester competing at the top end of the First Division. He became an instant hit, scoring his first goal in the final game of the campaign to beat Watford and ensure the side finished in a play-off spot. Leicester were promoted after victory against Crystal Palace in the final and finished ninth in the following Premier League season as well as revelling in their domestic cup success. Izzet and Leicester continued to thrive in the top half of the Premier League table until manager Martin O’Neill departed in the summer of 2000.

All of Muzzy Izzet’s Premier League goals are available to watch back-to-back on LCFC TV now!

Attacking midfield: Alex Iwobi
A useful player to have in the I-Team ranks, Iwobi gives the team some much needed pace and can switch to the flanks if needs be. Bournemouth winger Jordan Ibe and Stoke’s Tom Ince get spots on the bench. The Nigerian international gives the team some much-needed pace gets in the side ahead of former Manchester City hot prospect Stephen Ireland. The serial grandparent-losing Ireland didn’t have the career many expected of him, despite clearly having the talent to compete at the top level. He’ll have to do with a spot on the bench here, providing his dog doesn’t eat his homework and his alarm goes off on time. Other midfield options include Switzerland international Gokhan Inler and Junichi Inamoto.

Forward: Odion Ighalo
Iwobi is joined in the side by fellow Nigerian Odion Ighalo, a potential Manchester United 2020 summer signing. His arrival at Old Trafford on loan from Shanghai Shenhua was met with mirth in some quarters, with United expected to attract bigger names than Ighalo to the club. However, he’s proven himself suitable for the big stage, scoring in the Europa League as United all but booked a place in the last eight. At Watford, he scored vital goals in the 2014/15 Championship season, with the Hornets winning promotion to the Premier League at the end of the campaign. He continued his goalscoring form in the top flight the following season but struggled in the latter half of 2016 and left for China in January ’17.

Top scorer at the Africa Cup of Nations.

Scored as many goals in a Premier League season as any United striker except Zlatan Ibrahimovic has managed since.

Ighalo is too good for Man United, not the other way around. https://t.co/8L2S9roy6N

Forward: Zlatan Ibrahimovic
The biggest I in the team, Ibrahimovic may not be too happy about a potential bottom-half finish with the side in the Alphabet League but he’s the best chance they have of upsetting the odds…and he knows it. The Swedish immortal may not have played Premier League football until the veteran stage of his career but a successful 2016/17 saw him score 17 times in the league as well as a netting the winner in the League Cup final against Southampton. He missed the Europa League final win through injury but played a huge part in the group and knockout stages, bagging a hat-trick against Saint-Etienne in the round of 32.

Forward: Danny Ings
Southampton’s Danny Ings completes the I-Team’s first XI, having scored 15 times in the 2019/20 Premier League season, with Jamie Vardy the only Englishman to have netted more. There are a couple of good forward options in reserve, with Vardy’s Leicester City team-mate Kelechi Iheanacho a possible match-winning substitute. Former Spurs striker Steffen Iversen misses out too; he’ll have to settle for a spot on the bench, just like he did in the Premier League Norway XI.