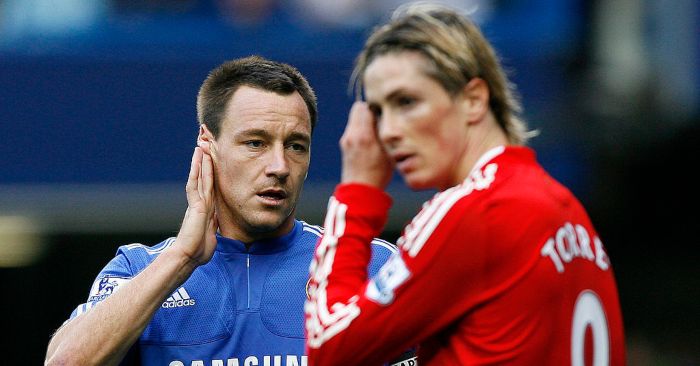 Tee off your day with a look at the Premier League T-Team.

Goalkeeper: Erik Thorstvedt
Northern Ireland and Norway battle it out for the goalkeeper spot in the T-Team, with Maik Taylor and Erik Thorstvedt in competition for the number one shirt. Both keepers amassed over 80 caps for their respective countries, although Thorstvedt did play at a World Cup, unlike Taylor. If you fancy a goalkeeper challenge, try naming five other keepers eligible for the T-Team.

Right-back: Kieran Trippier
This time five years ago Kieran Trippier was on the cusp of joining Tottenham after suffering Premier League relegation with Burnley. This time two years ago he was about to embark on an incredible World Cup journey with England, one that would end with the former Manchester City youngster becoming the first English scorer in a World Cup semi-final since Gary Lineker in 1990. Now he faces his biggest challenge yet: trying to oust Merseyside hero Trent Alexander-Arnold from the national side.

Centre-back: Kolo Toure
An ‘Invincible’ with Arsenal back in the 2003/04 season, Toure spent seven years with the Gunners before departing for newly-minted Manchester City in 2009. Arsenal made a huge profit on the Ivorian but he went on to help City to their first league title in over forty years in 2012, becoming one of the few players to win the Premier League with two different clubs in the process. He almost made it three after joining Liverpool in 2013, with the Reds seeing their title bid painfully slip away in Toure’s first season at the club.

There is no need to be upset pic.twitter.com/fiKFbyMNja

Centre-back: John Terry
The Chelsea legend may have been called a few T words in his time but there’s no doubting his importance to the T-Team. Graham Taylor will manage the side and he may not like the kind of controversy the London-born defender courts but as long as Terry can knock it, head it, tackle it and throw himself at it with the characteristic bravery and commitment he showed throughout his career, the former England boss won’t mind. With Terry at the back, the T-Team might just have a chance in the Alphabet League.

Defensive midfield: Tugay
A cult hero at Blackburn Rovers, Tugay joined the club in his 30s but stayed at Ewood Park for eight seasons. Blessed with superb technique and the ability to hit the odd thunderbastard, the former Turkish international will be crucial for Graham Taylor’s side. With the attacking talents and pace in this team, Tugay’s passing range might just make the T-Team dark horses for the Alphabet League title.

"It's a beautifully crafted goal from Blackburn #Rovers!"

Attacking midfield: Yaya Toure
Taylor might be disappointed that Carlton Palmer isn’t eligible for the T-Team but he does have Yaya Toure instead. A legend at Manchester City, the younger Toure isn’t exactly best mates with Pep Guardiola but he’ll certainly be on Roberto Mancini and Manuel Pellegrini’s Christmas card list. The Ivorian won Premier League titles playing under all three managers during his time at the Etihad and was arguably the competition’s most complete midfield player during his peak years.

Attacking midfield: Adama Traore
The devastatingly quick Wolves star has been linked with a big move away from Molineux but with the West Midlands side becoming predators instead of prey in the Premier League, he may well lead the club into a new golden era. Still only 24, there’s plenty more to come from the uncapped powerhouse and once the Europa League resumes, he’ll be hoping to inspire Wolves to their first European final since 1972.

Striker: Carlos Tevez
Argentinean striker Carlos Tevez joins former Manchester City team-mates Yaya and Kolo Toure in the T-Team. A Champions League winner with Manchester United in the 2007/08 season, Tevez became a billboard sensation after joining the noisy neighbours in 2009. The controversial forward spent four seasons at the Etihad, broken up by a brief golfing sojourn in the 2011/12 season. He left England for Italy in 2013, with three Premier League titles to his name.

Gary Neville on the best front 3 in Premier League history:

"Tevez with Ronaldo and Rooney was just breathtaking. You'll never beat those three for me." pic.twitter.com/y7YZQAI7qi

Striker: Fernando Torres
Forget the problems at Chelsea and focus on the pulsating at Liverpool. The Spanish star became a hero at Anfield after joining the Merseyside club in 2007 and gave the Premier League’s finest defenders plenty of nightmares whilst at the peak of his powers. With Tevez and Torres on top form, the T-Team have plenty of goals in them, although there aren’t many back-up strikers available if either goes down with injury. Danish forward Jon Dahl Tomasson takes a spot on the bench, alongside Tuncay, Cenk Tosun and Diego Tristan.