The key is to build from a position of strength. This lot joined Premier League champions, just like Thiago. 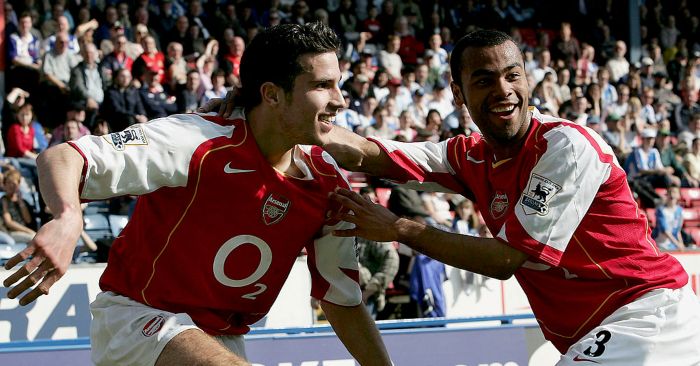 We’ve had a side made up of those who left title-winning teams, so following the news about Thiago, here’s a side selected from players who joined reigning Premier League champions.

Goalkeeper: David de Gea
The Manchester United legend’s first-team place may be under threat from Dean Henderson this season but the former Atletico Madrid man spent many a year as the top keeper in the league. The Spaniard joined the club in 2011, just after Alex Ferguson’s penultimate Premier League title win but Sergio Aguero’s heroics in the following campaign prevented the Red Devils from holding on to the title. If you fancy a goalkeeper challenge, try naming a keeper who has moved to two different reigning Premier League champions.

Right-back: Bacary Sagna
Manchester City signed Bacary Sagna in the summer of 2014, just after Manuel Pellegrini’s side had dramatically pipped Liverpool to first place in the league. The Citizens failed to retain their title in the Frenchman’s debut season and didn’t return to the top of the tree until 2018, by which time Sagna had left for Benevento. Current City full-back Joao Cancelo is also eligible for this side, having arrived in England after the club’s formidable 2018/19 campaign.

Centre-back: Ronny Johnsen
Despite winning the Double in the 1995/96 season, Alex Ferguson bolstered his Manchester United squad in an attempt to make strides in the Champions League. Euro ’96 stars Jordi Cuyff and Karel Poborsky were the headline acts but two under the radar Norwegian signings became club legends. Ole Gunnar Solskjaer and Ronny Johnsen won the Treble in the 1998/99 campaign, alongside fellow countryman Henning Berg, who also qualifies for this side. The out-of-work Laurent Blanc, David May and the unshiftable Phil Jones are others who joined the Red Devils after title wins.

Centre-back: David Luiz
David Luiz first joined Chelsea in the January of 2011, the season after Carlo Ancelotti secured the Double for the Blues. Second place cost the Italian his job at the end of the 2010/11 campaign, with Luiz not picking up a Premier League title until his second spell at the club. Current Chelsea centre-back Antonio Rudiger is also a contender for a spot in this side, having joined the club after Antonio Conte led the Blues to victory in 2017.

Left-back: Ashley Cole
Ashley Cole finally completed his long-awaited transfer to Chelsea in 2006, after Jose Mourinho had inspired the club to back-to-back Premier League titles. The London-born defender couldn’t help his new side to three in a row and had to wait until 2010 to win the title again, after picking up his first Premier League medal as a 21-year-old with Arsenal. Chelsea certainly enjoy signing left-backs after successful seasons, with Asier Del Horno, Baba Rahman and Emerson Palmieri all eligible for this side.

Right-wing: Riyad Mahrez
Linked with a big-money transfer away from Leicester City after the Foxes’ remarkable 2015/16 season, Riyad Mahrez finally moved on in 2018. The Algerian joined Manchester City following Pep Guardiola’s first Premier League title win and helped his new side retain the trophy in his maiden year at the club. Arsenal Invincible Freddie Ljungberg provides some back-up on the wing for this side, having joined the Gunners after the club’s successful 1997/98 campaign.

Central midfield: Roy Keane
One of a kind as a player and a pundit, Roy Keane became an instant fan favourite at Old Trafford following his arrival from Nottingham Forest in 1993. The Irish legend helped his new side to the Double in his first season at the club, a year after the Red Devils had finished top in the inaugural Premier League campaign. A mixed bag of other United midfielders who also arrived after title wins includes World Cup and Champions League winner Juan Mata, as well as Karel Poborsky, Jordi Cruyff, Quinton Fortune, Juan Sebastian Veron, Eric Djemba-Djemba, Kleberson, Owen Hargreaves, Anderson, Antonio Valencia, Ashley Young and Marouane Fellaini.

Central midfield: Frank Lampard
He’s busy spending money and finding Jurgen Klopp amusing these days but six years ago Frank Lampard was delaying his departure for New York by signing for Manchester City. The Citizens had lifted the league title in 2014 but failed to retain the trophy in Lampard’s solitary season at the club. Other midfielders eligible for this side include City’s record buy Rodri, Arsenal hero Gilberto Silva, Wilfred Ndidi, Ramires, Ross Barkley, and the Michaels of Ballack and Essien.

Left-wing: Cristiano Ronaldo
He may have left Old Trafford as an all-time great of the club but Cristiano Ronaldo’s debut season at Manchester United in the 2003/04 campaign ended with the Red Devils in third place: their joint-worst finish in the Premier League at the time. The emergence of Chelsea as a dominant power left Alex Ferguson with a major task on his hands but he guided United back to the top in 2007, with Ronaldo finishing as top scorer for the side.

Striker: Ruud van Nistelrooy
One man who didn’t seem so keen on Ronaldo was Dutch striker Ruud van Nistelrooy, who reportedly made the Portuguese sensation cry during a training session. Like Ronaldo, Van Nistelrooy arrived at Old Trafford after a Premier League-winning campaign but could only help his new side to a third-place finish. He did go on to win the title with the club, as did current boss Ole Gunnar Solskjaer, Andy Cole, Teddy Sheringham, Louis Saha, Dimitar Berbatov and Michael Owen, who all qualify for this side.

Striker: Robin van Persie
Robin van Persie joins his fellow countryman upfront in this eleven, having joined Arsenal following the club’s unbeaten 2003/04 league campaign. A second-place finish followed in 2005 but Van Persie couldn’t fire the Gunners any higher during his eight-year stay in north London. He eventually picked up a much-deserved Premier League medal in his first season at Manchester United in 2013.