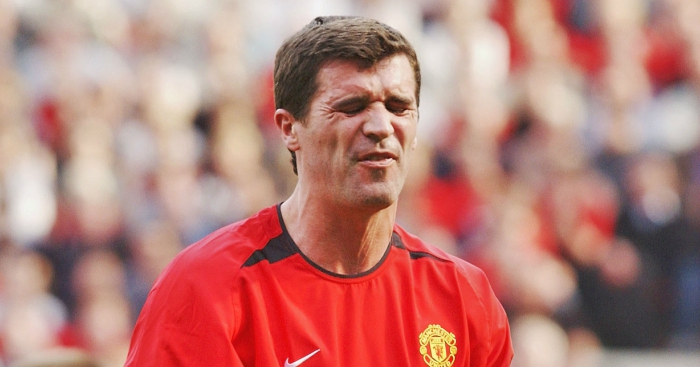 Moving on in the Alphabet League; here’s the pretty special K-Team…

Goalkeeper: Tim Krul
The K-Team goalkeeper pool is fairly shallow but it does boast some solid, although unspectacular names. Norwich City’s Dutch ‘keeper Tim Krul has spent the bulk of his club career in England and his penalty-saving prowess would come in useful in the Alphabet League, with some of the most deadly spot-kick takers in Premier League history taking part. Krul’s main competition comes from former Coventry City and Wigan Athletic number one Chris Kirkland, whilst Dmitri Kharine, Kasey Keller and Manchester-born Irish international Dean Kiely also provide back-up. If you fancy a goalkeeper challenge, try naming two more Irish ‘keepers eligible for K-Team selection.

Right-back: Gary Kelly
A Leeds United legend, Gary Kelly first appeared for the club as a teenager in the title-winning 1991-92 season and was still wearing the famous white kit 15 years later (feel free to send in your one-club men XI if you’re bored). The Irish international experienced the highs of topping the league to the lows of relegation in 2004, with the agonisingly close Champions League dream almost achieved in between. Another Kelly provides competition at right-back, with Crystal Palace defender Martin Kelly a solid option on the bench.

25 years ago today, Gary Kelly made his debut for Leeds, the first of 531 appearances for Leeds in a 16 year career. #lufc pic.twitter.com/scLnueu0hq

Centre-back: Vincent Kompany
Kompany is the clear choice for the first K-Team centre-back spot, having led Manchester City to numerous domestic honours during his stay in England. The Belgian international became the first of his countrymen to win the Premier League back in 2012, with his passion and pride proving inspirational to a team consistently adapting to big-money signings and playing styles. Kompany even bagged a title-clinching goal in 2014 and scored with an incredible strike to beat Leicester City a year ago today, giving City the advantage over Liverpool going into the last game of the 2018/19 season.

Centre-back: Ledley King
Tottenham favourite Ledley King gets the other centre-back spot, although the undercapped England international is closely challenged by two defenders from the red half of north London. Martin Keown and Laurent Koscielny provide the K-Team with an excellent alternate centre-back partnership, with Keown representing the Premier League-winning years under Arsene Wenger, whilst Koscielny remains a symbol of Arsenal’s top-four-trophy years. Michael Keane takes the fifth choice central defender spot, roughly the same position he finds himself in with England.

Left-back: Aleksander Kolarov
Plenty of options for the left-back spot in the K-Team, with former the Manchester City defender facing competition from Irish great Kevin Kilbane, Paul Konchesky and Wimbledon legend Alan Kimble. Serbian international Kolarov won two Premier League titles during his stay at the Etihad and provided some memorable moments from set-piece situations. Kolarov scored a late free-kick that fooled everyone at the Bernabeu in City’s opening Champions League game of the 2012/13 season, with the goal seemingly giving City a huge victory over Real Madrid. However, the Spanish giants fought back to win the match 3-2 and they also ended Kolarov’s best chance of European glory at City a few years later, knocking the Citizens out at the semi-final stage in 2016.

Right wing: Andrei Kanchelskis
A first-season foreigner in the Premier League, Andrei Kanchelskis provided Manchester United fans with memorable moments of magic in the early nineties. A winger of undeniable talent, the Russian international linked up superbly with United’s influential star Eric Cantona as the side won the maiden Premier League title in 1992/93 and went one step further in the double-winning 1993/94 season. The emerging talent of the iconic David Beckham saw Kanchelskis move on to Everton in 1995 but he left Old Trafford with every major domestic honour available.

Central midfield: N’Golo Kante
Just like Kanchelskis, N’Golo Kante was a bargain purchase for a side that went on to win the Premier League title. The French midfielder became an instant hit during the 2015/16 season, playing a vital role in Leicester City’s scarcely believable table-topping campaign. Chelsea gave the Foxes a fortune to sign him the following season and he soon joined an elite group of players who have won Premier League titles at two separate clubs, as the London side finished first in the 2016/17 season. A World Cup win with France in 2018 rounded off an incredible few years for a man who was playing Ligue 2 football as recently as 2014.

Central midfield: Roy Keane
Kante and Keane in the centre of midfield, the other Alphabet League sides would face a hell of a battle when they travel to the King Power Stadium, home of the K-Team. The Irish legend would have a fight on his hands with Vincent Kompany over who gets the captain’s armband but if they could get on the same page, the K-Team would not be short of motivation. Throw in the image of the side’s coach Jurgen Klopp attempting to hug an incredulous Keane at the end of every match and you have one of the most fascinating team dynamics in the whole of the Alphabet League.

Left wing: Harry Kewell
Former Leeds United star Harry Kewell completes the midfield, with the Australian’s performances in the late nineties making him one of the most sought-after young players in the World. A five-year stay at Liverpool in the noughties was hampered by consistent injuries but Kewell did pick a Champions League medal during his stay on Merseyside. Other midfield options include Man City legend Georgi Kinkladze, Mateo Kovacic, 1998 World Cup winner Christian Karembeu, Naby Keita, Shinji Kagawa and renowned billboard hater Temuri Ketsbia.

Striker: Harry Kane
Still only 26, Harry Kane has plenty of time left to reach the top spots of the all-time Premier League goalscorer list, if he can stay fit of course. Geordie legend Alan Shearer’s record total of 260 may be impossible to beat but Kane’s Golden Boot winning seasons in 2016 and 2017 made the London-born star one of the most feared strikers in world football. Trophies remain the vital things missing from his career so far, with speculation mounting that he’ll have to leave Tottenham if he wants that all-important Premier League winner’s medal around his neck. Thankfully for the K-Team, transfers are forbidden in the Alphabet League.

Striker: Robbie Keane
Another Spurs legend takes the second striker spot, with Robbie Keane edging out fellow White Hart Lane favourite Jurgen Klinsmann. The German hero had two brief, yet memorable stays in England but Keane’s longevity in the Premier League guarantees him a place in the first XI. Nwankwo Kanu gives Jurgen Klopp another excellent option up top, whilst Patrick Kluivert, Frederic Kanoute and Joshua King will all have to settle for games in the Alphabet League Cup.