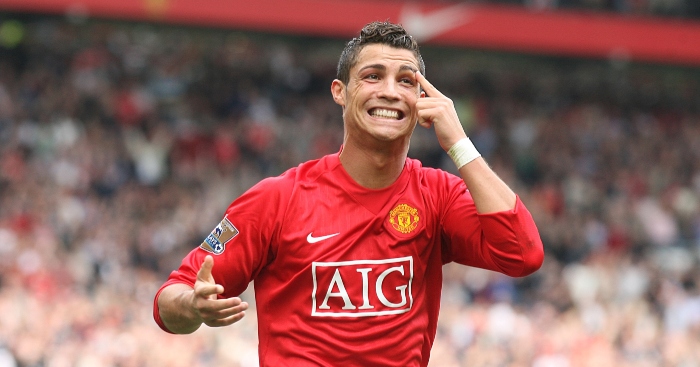 We’ve already had the Coppa Italia and FA Cup winners XI. Now, because of the return of La Liga this week, here’s an XI made up from players who have won the Premier League title and La Liga title…

Goalkeeper: Thibaut Courtois
Real Madrid goalkeeper Thibaut Courtois will be hoping to add a second La Liga title to his honours list now football in Spain is resuming. The Belgian ‘keeper won the competition back in 2014 with Atletico Madrid, whilst on loan from Chelsea. He ousted Petr Cech at Stamford Bridge to win a Premier League title under Jose Mourinho and went on to lift the trophy again in 2017. Chilean international Claudio Bravo is another goalkeeper who has won the league in Spain and England.

Right-back: Danilo
Former City defender Danilo has a La Liga title from his spell at Real Madrid and two Premier League titles from his brief stay in England, having left these shores for Italy last year. Now at table-topping Juventus, he’ll be hoping to win the Coppa Italia and Serie A this season. The Brazilian international certainly looks on course to possess one of the most eclectic trophy collections in football.

Centre-back: Gerard Pique
A bit-part player at Manchester United, Gerard Pique featured sporadically for the Red Devils in their successful 2007/08 season, when he was just 21 years old. Now 33, the Spanish defender has eight La Liga titles sitting alongside his solitary Premier League medal. Not bad for a guy bullied by Bolton.

Centre-back: Ricardo Carvalho
A three-time Premier League title winner with Chelsea, Ricardo Carvalho spent six seasons in England. The Portuguese international and London-born John Terry formed a superb partnership at the back under Jose Mourinho, with the side conceding just 15 goals in the 2004/05 campaign. Carvalho left for Spain in 2010 but suffered with injuries during his spell at Real Madrid. However, he did manage to win a La Liga title with Los Blancos in 2012.

Left-back: Gabriel Heinze
A Premier League winner with Manchester United, Argentinean defender Gabriel Heinze could’ve missed out on a La Liga title if he had made the controversial move to Liverpool instead of Real Madrid in 2007. Giovanni Van Bronckhorst is also eligible for this side, having won top-flight titles with Arsenal and Barcelona.

Right wing: David Beckham
The iconic David Beckham couldn’t add to his solitary Champions League medal whilst playing for Real Madrid but he did pick up a La Liga title to sit alongside his impressive collection of six Premier League titles. Dutch winger Arjen Robben also lifted trophies in England and Spain, before his decade-long spell in Germany.

Beckham: “One of the nicest moments as a Madrid player was when we won La Liga because it looked like we wouldn’t. Another moment was my last training session with Zizou; he sat next to me and said, ‘thank you for everything and for being a wonderful teammate.’” [marca] pic.twitter.com/rZlgy5H3VO

Central midfield: Cesc Fabregas
Former Arsenal star Cesc Fabregas only featured in the League Cup during the Gunners’ ‘Invincibles’ season, with the talented Spaniard unable to inspire the side to another first-place finish during his seven-year spell in the first team. The Spanish midfielder did lift the La Liga title with Barcelona in 2013, before returning to London with Chelsea the following year and adding two Premier League medals to his honours list.

Central midfield: Yaya Toure
Despite possessing former La Liga talents Pablo Zabaleta, David Silva and Sergio Aguero in the 2011/12 season, Manchester City’s first ever Premier League-winning team contained only one man who lifted the Spanish title. Yaya Toure was part of Pep Guardiola’s all-conquering Barcelona side before making his move to England. Former Chelsea players Claude Makelele, Deco and Tiago are other midfielders who won the Premier League and La Liga during their careers.

Left wing: Cristiano Ronaldo
The most obvious candidate for the side, Ronaldo has six league titles and five Champions League titles. Four of those came at Manchester United, whilst he picked up six of those medals during his stay at the Bernabeu. There’s probably a few more to come before he hangs up his boots. The sadly departed Jose Antonio Reyes and Chelsea’s Pedro are also eligible for this side.

Congratulations to @Cristiano on becoming the first player to win The Premier League, La Liga and Serie A. A wonderful achievement. 👏👏

Striker: Ruud Van Nistelrooy
Former Manchester United and Real Madrid striker Ruud Van Nistelrooy never got past the last four in the Champions League but he did lift the Premier League trophy in 2003, before going on to win two La Liga titles with Los Blancos. Another ex-United forward is eligible for this side, with Henrik Larsson briefly delighting the Old Trafford crowd in the 2006/07 season. The Swedish star won two La Liga titles with Barcelona after a lengthy spell in Scotland with Celtic.

Striker: Thierry Henry
Larsson was part of the Barcelona side that defeated Thierry Henry’s Arsenal in the 2006 Champions League final. The influential Frenchman went on to play for the Spanish giants a just over a year later and picked up two La Liga titles there to go alongside his two Premier League titles with the Gunners. Former Chelsea forwards Eidur Gudjohnsen and Diego Costa also won both competitions.