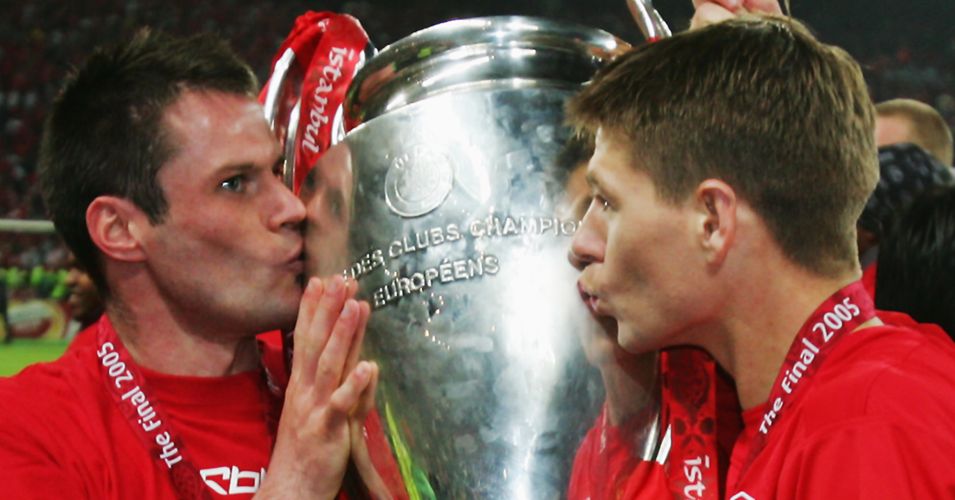 We’ve had the proper Yorkshire side and the Geordie boys. Here is the Premier League Merseyside Men XI…

Goalkeeper: Tony Warner
Merseyside doesn’t seem to have produced many goalkeepers in the modern era. Former England international goalkeepers from the area include Jimmy Ashcroft, Howard Baker, Jimmy Rimmer, Ted Taylor and Tony Waiters. But as far as the Premier League years are concerned, former Liverpool back-up Tony Warner gets the spot.

Right-back: Trent Alexander-Arnold
Part of a Liverpool side that could see some amazing records expunged, Alexander-Arnold has been a revelation since making his Liverpool debut in 2016. Already in tenth place for all-time Premier League assists by a defender, he only needs 11 more to overtake Gary Neville in fifth. Alexander-Arnold surely has a great chance of passing Neville as the Premier League’s finest ever right-back too, as long as injuries don’t stop him fulfilling his potential like former Liverpool and England defender Rob Jones.

Centre-half: Jamie Carragher
A self-confessed Evertonian as a boy, Carragher became a legend at Anfield as a man. He cheered the Toffees on as a fan in 1985 as they won the European Cup Winners’ Cup, but 20 years later he was triumphantly lifting the Champions League trophy for Liverpool. The miracle of Istanbul was the highlight of Carragher’s career, although his trophy cabinet also includes League Cup, FA Cup and UEFA Cup medals. With 508 Premier League appearances, Carragher has played more games in the competition than any other Liverpool player.

Centre-half: Dave Watson
Carragher’s centre-half partner is an Everton player he would have watched as a fan in the eighties. Dave Watson joined the club a year after their European heroics and remained there until the turn of the century. After helping the Toffees triumph in the league ahead of second-placed Liverpool in 1987, Watson wasn’t to win another major trophy until he captained Everton to an FA Cup win over Manchester United in 1995. It was a fine reward for a man who had led the club through arduous times in the early Premier League era.

Left-back: Leighton Baines
Leighton Baines was in the crowd as he watched Dave Watson hoist the FA Cup aloft at Wembley in 1995. Baines initially made his name in Greater Manchester for Wigan, but returned home to Everton in 2007 and remains there as a 35 year old. His impressive form for the club led to a first England cap in 2010 and he went on to play 30 times for his country. He can certainly hit a ball.

Here’s a montage of our number 3️⃣ smashing in a load of penalties. 👑 pic.twitter.com/pVm8XtS71O

Defensive midfield: Steve McMahon
McMahon played for both Everton and Liverpool, although he was more successful at Anfield, winning three league titles there. After joining Liverpool in 1985, his combative nature and impressive passing range helped fill the Souness-sized hole in the Reds midfield. A transformation from blue to red seemed complete when Liverpool defeated Everton in the 1989 FA Cup final, with McMahon setting up fellow Liverpudlian John Aldridge for the first goal of the game. In the Premier League era he even ventured into Manchester to play for City.

Right midfield: Steve McManaman
Though McManaman certainly wasn’t a player who failed to reach his potential in an England shirt, it seems odd that he only appeared 37 times for his country. He won his last cap in 2001, the famous 2-2 draw with Greece, yet he was winning the Champions League with Real Madrid for the second time the following year. There was no doubting his mesmerising ball control and speed; his incredible goal against Celtic in 1997 encapsulated the talent of a player who went from cleaning the boots of John Barnes to filling them.

Central midfield: Steven Gerrard
The greatest Premier League player to never win the competition? Though the league title remained elusive, Gerrard won everything else available at club level. Without him, it seems unfathomable that Liverpool would have been able to turn it around in the 2006 FA Cup Final and of course, the 2005 Champions League Final. The clear choice to captain the Premier League Merseyside XI.

Left midfield: Ross Barkley
There’s got to be an out-and-out Blue somewhere in this midfield. Other options were Joey Barton, Tom Davies and Peter Reid. Let’s leave Reidy to player-manage the side from the bench…imagine the team outings! It’s been almost a decade since Barkley made his Everton debut and opinions on him are varied, but his best form may still be yet to come.

Striker: Wayne Rooney
He may not have always been a Blue, leaving his boyhood heroes to win trophies at Manchester United, but there’s no doubt Rooney is one of the greatest players Merseyside has ever produced. A joy to watch in his younger days, raging around the pitch with industry and intent at Everton before becoming a nation’s new hope with England and then an instant hero at United, with a hat-trick in his first game there. He went on to become the leading goalscorer for England and United; it’s been quite a career.

Up stepped @WayneRooney with a 14-minute hat-trick to give us a crucial 3 points in the title race 🏆🔴 #MUFC #FlashbackFriday pic.twitter.com/S7YbAvUkol

Striker: Robbie Fowler
There’s no leaving out a Liverpool God. There are a few other forward options on the bench: Franny Jeffers, Mike Newell, David Nugent, Micky Quinn and one of England’s late debutants, Rickie Lambert. Fowler is the clear choice here though, a lethal striker who once scored a four-minute hat-trick as a teenager against an Arsenal side who were famed for their defence. Despite suffering with injuries, Fowler still managed to rack up 163 Premier League goals in his career. Liverpool fans will be pleased to know that’s more than Cheshire native Michael Owen’s total.