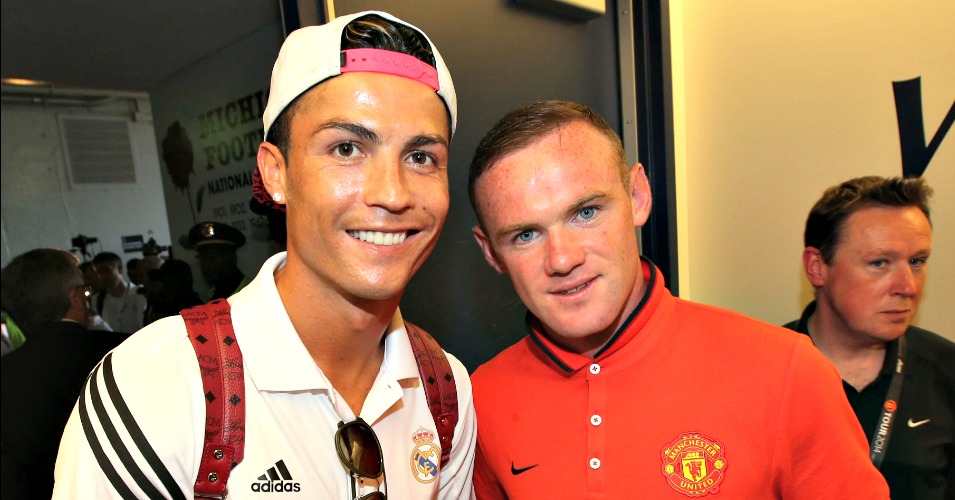 Are the R-Team’s players destined for the title in the Alphabet League?

Goalkeeper: Pepe Reina
Veteran ‘keeper Pepe Reina gets the goalkeeper spot in the R-Team, having been Liverpool’s first choice for eight seasons. The Spaniard won the FA Cup and League Cup with the Reds, before going on loan to Napoli in 2013 after an expected move to Barcelona failed to materialise. If you fancy a goalkeeper challenge, try naming three goalkeepers eligible for the R-Team who played for Manchester United.

Right-back: Michah Richards
Former Manchester City defender Micah Richards starts at right-back for the R-Team, having impressed in his early years with the Citizens. The West Midlands-born defender became one of England’s youngest debutants in 2006, after his assured performances at City lead to hefty expectations. Richards’ career didn’t turn out the way many had hoped but he still managed to win the FA Cup and Premier League. Rafael and Michael Reiziger are the back-up options.

Centre-back: Lucas Radebe
Leeds United legend Lucas Radebe takes the first centre-back spot having spent a decade as a fan-favourite at Elland Road. The South African defender captained the club to their greatest Premier League campaign to date, with a third-place finish in 2000. Radebe suffered an injury against Spanish giants Real Madrid in the following season’s Champions League, with a young side missing their captain’s influence in the semi-final defeat to Valencia. He stayed with Leeds, even after their relegation in 2004, with financial woes casting doubt over the future of the club.

5 September 1994 was a special day in the history of @LUFC… pic.twitter.com/8bzQpgucvW

Centre-back: Antonio Rudiger
Chelsea defender Antonio Rudiger makes the R-Team’s starting XI, with the German international now in his third season at Stamford Bridge. There are plenty of other centre-backs in reserve for the team, with Neil Ruddock, Tomas Repka and Marcos Rojo putting the R in red card. Other options include Steve Redmond, Marc Rieper, Liam Ridgewell, Winston Reid, Tim Ream and the sadly departed Dean Richards.

Left-back: Andrew Robertson
Liverpool’s current Champions League-winning left-back beats Liverpool’s former Champions League left-back in the race for a starting spot in the R-Team. Scottish international Andrew Robertson has been a revelation at Anfield since his arrival in 2017 and looks set to accomplish something Norwegian hero Jon Arne Riise couldn’t on Merseyside: lift the Premier League title. England’s Danny Rose provides added competition on the left side of the R-Team defence.

Robertson’s level is so high that for some reason people think he’s been bad this season. In 3 seasons at Liverpool I’ve only ever seen Willian and Adama have a good game against him.

Right wing: Arjen Robben
It’s been 13 years since Arjen Robben left the Premier League but the Dutchman made his mark in England with trophies in every one of his three seasons at Chelsea. He arrived at Stamford Bridge in 2004, helping Jose Mourinho to two Premier League titles in the Portuguese manager’s halcyon years as Chelsea boss. He provided Chelsea fans with more pleasure long after his departure, by missing a vital penalty against his old side in the 2012 Champions League final. He must have known how desperate John Terry was to get on the pitch.

Central midfield: Bryan Robson
The Manchester United legend may have been past his best come the advent of the Premier League but Bryan Robson remains one of England’s greatest midfielders and still managed to lift two league titles at the end of his long stay at Old Trafford. The golden oldie went on to take up a player-manager role at Middlesbrough but Captain Marvel won’t be Manager Marvel for the R-Team, with that honour going to his famous namesake Sir Bobby Robson.

Central midfield: Aaron Ramsey
A three-time FA cup winner with Arsenal, Welsh Wonder Aaron Ramsey takes the other central midfield position in the R-Team. There are plenty of other options available if Robson and Ramsey go down with injuries in the Alphabet League….which they probably will. Jamie Redknapp, Peter Reid, Rodri, Declan Rice, Ramires and late England debutant Kevin Richardson are just a few of the Rs in reserve.

Left wing: Cristiano Ronaldo
Robben on the right, Ronaldo on the left. Imagine the nightmares full-backs will have facing the R-Team. There are plenty of ridiculous statistics to pore over when it comes to the Portuguese phenomenon and he certainly wouldn’t be satisfied with anything less than an Alphabet League title at the end of the season. At least it’s something Messi can’t win. Arsenal legends Tomas Rosicky and David Rocastle take a couple of spots on the bench.

🗣 Cristiano Ronaldo: “I don’t see anyone better than me.

“No player does things that I cannot do myself, but I see things others can’t do.

“There’s no more complete player than me.

“I’m the best player in history – in the good and the bad moments.”

Striker: Ian Rush
Liverpool hero Ian Rush was already in his thirties by the time of the inaugural Premier League season but still managed to hit double figures in each of the first three campaigns. The Welsh striker’s 15-year spell at Anfield was broken up by a short stay at Juventus but the foreign country was no match for life on Merseryside, where Rush gained immortality as part of a side that won two European Cups and five First Division titles. After falling behind Robbie Fowler and Stan Collymore in the pecking order, he left in 1996 and had a couple of forgettable stints at Leeds United and Newcastle United before leaving the top flight for good.

Striker: Wayne Rooney
Rooney and Rush up top together seems like a perfect strike partnership, with the Merseyside-born forward also linking up with former Manchester United team-mate Cristiano Ronaldo to form a potent attacking threat. Current Red Devils hero Marcus Rashford makes for an excellent back-up option, alongside Italian Fabrizio Ravanelli. Bobby Robson also has Richarlison, Robinho and the German duo of Karl-Heinz Riedle and Uwe Rosler at his disposal.