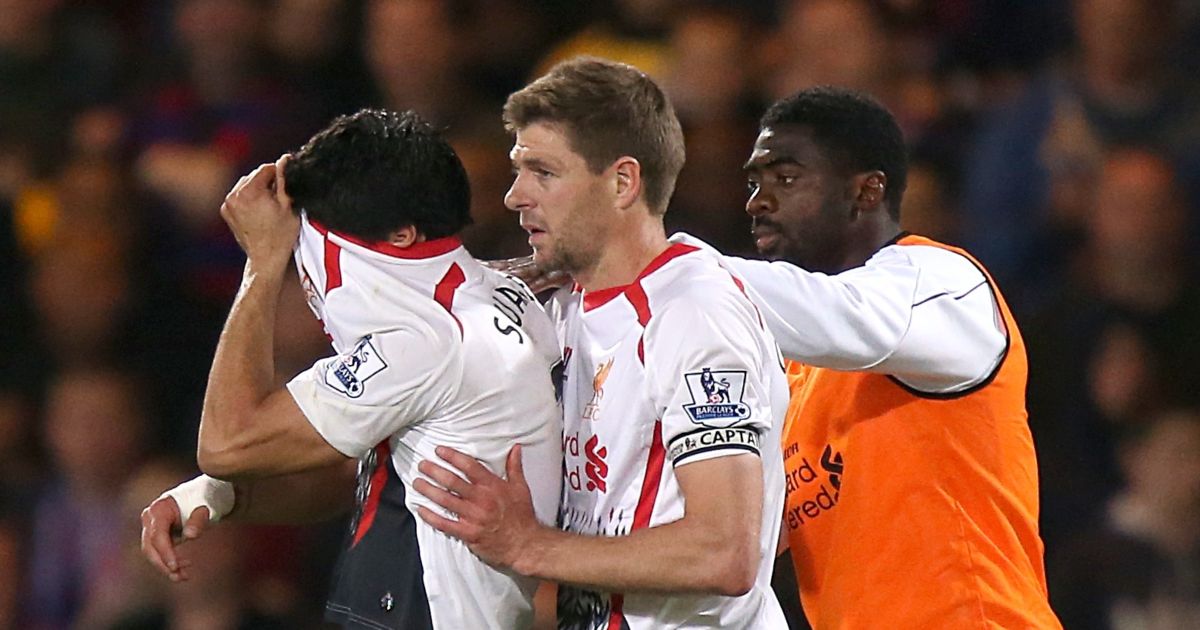 Steven Gerrard is surely the leader of these players that have finished second in the Premier League without ever winning the title.

Leicester City’s slip against Newcastle and Manchester City’s last-minute defeat to Chelsea leaves Manchester United with second place seemingly sewn up while also mathematically remaining in the title race. Of course, the league is out of reach but as Ole Gunnar Solskjaer’s side prepare for three games in the space of five days, there’s certainly no shame in finishing as runners-up to this City side. Plenty of Premier League greats have found themselves in the silver medal spot without ever going on to lift the title in England and here’s a team made up of those very players.

Goalkeeper: Hugo Lloris
Spurs ended the 2016/17 season seven points behind Antonio Conte’s victorious Chelsea side, winning all but one of their last 13 games to secure their best finish in the Premier League era. It certainly seems like that’s as good as it’s going to get for Hugo Lloris in England, but at least he’s got that very shiny World Cup medal to look at when he hangs up his gloves. If you fancy a goalkeeper challenge, try naming six Liverpool keepers who featured for the Reds in campaigns that saw the club finish in second spot.

Centre-back: Sami Hyypia
Liverpool’s treble-winning 2000/01 season ended with Sami Hyypia captaining the side to a thrilling 5-4 victory over Alaves in the UEFA Cup final. Gerrard Houllier’s men failed to deliver another triptych of trophies the following campaign but did end up as runners-up in the league: their best Premier League finish at the time. Finnish centre-back Hyypia and his fellow defenders were the meanest in the division, conceding fewer goals than champions Arsenal.

Centre-back: Marcel Desailly
Arsenal triumphed again in the 2003/04 campaign, with the ‘Invincibles’ ending the season 11 points clear of Claudio Ranieri’s Chelsea. It was the first of four second-place finishes for the Blues in the Premier League era and Jose Mourinho’s arrival in the summer would see the club finally reach the summit. 1998 World Cup winner Marcel Desailly would’ve pocketed a medal if he stayed at Stamford Bridge a year longer.

Centre-back: Paul McGrath
Going back to the 1992/93 campaign, Aston Villa and Norwich City were the unlikely challengers to eventual champions Manchester United in the inaugural Premier League season. Former Red Devil Paul McGrath helped Villa secure second spot, with the Irish legend winning the PFA Player of the Year award. McGrath ended his career without a top-flight title to his name, having also finished as a runner-up with United in 1988.

Right-wing: Alexis Sanchez
While McGrath can be proud of his efforts with United in ’88, the same can’t be said of Alexis Sanchez 30 years later. The Chilean star flopped at Old Trafford after his move from Arsenal and failed to make much of an impact as the Red Devils finished a distant second in the 2017/18 season. That may have been Jose Mourinho’s greatest achievement, but Sanchez’s best performances in the Premier League were of course with the Gunners. He finished in second spot in 2016 as Arsene Wenger’s men ended the campaign ten points adrift of shock winners Leicester City.

Central midfield: Steven Gerrard
Steven Gerrard will have painful memories of the 2013/14 season, with Liverpool slipping up in the race for the title after originally holding a six-point advantage over eventual champions Manchester City with just a few games to play.
That infamous defeat to Chelsea and subsequent 3-3 draw with Crystal Palace denied Gerrard the Premier League medal his talent deserved but at least he’s got a top-flight title to his name now with Rangers.

Central midfield: Xabi Alonso
Gerrard had gone close before with Liverpool, finishing second under Rafa Benitez in the 2008/09 season, as the Spaniard lost his war with Sir Alex Ferguson and Manchester United. The campaign was Xabi Alonso’s last in England and although the gifted midfielder departed Anfield without a Premier League medal he did go on to win La Liga with Real Madrid and the Bundesliga with Bayern Munich.

Left-wing: David Ginola
Benitez certainly wasn’t the first manager to fall foul of Ferguson’s mind-games, with Kevin Keegan losing it rather loving it in the 1995/96 campaign. Keegan’s Newcastle side finished as runners-up to Manchester United two years running, with French star David Ginola lighting up St James’ Park on the left-wing as the ‘Entertainers’ fell just short of a first top-flight title in 70 years.

Striker: Fernando Torres
Fernando Torres almost fired Liverpool to the title in 2009 but the Reds slipped down the table in the following seasons. The Spaniard’s controversial move to reigning champions Chelsea in 2011 promised another shot at top spot, but the once-prolific striker struggled to hit top form at Stamford Bridge. Champions League, Europa League and FA Cup glory ended up making his move to London a trophy-laden one, but Torres was on loan at Atletico Madrid by the time the Premier League returned to Stamford Bridge in 2015.

Striker: Harry Kane
After Spurs lost their heads in the 2015/16 season and managed to end up in third behind north London rivals Arsenal, Mauricio Pochettino’s men went one better the following campaign and secured second place. Harry Kane could’ve been forgiven for thinking trophies were on the horizon, especially after reaching the Champions League final in 2019.  However, a failure to prise the League Cup away from Manchester City’s unyielding grip this year may well be the last straw for the England captain as he seeks to add some team honours to his personal accolades.