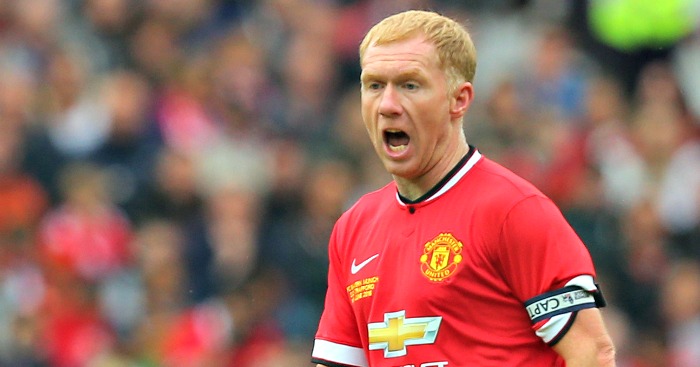 Will the S-Team win the Alphabet League?

Goalkeeper: Peter Schmeichel
Manchester United’s legendary Danish goalkeeper Peter Schmeichel takes the number one spot, having won five Premier League titles during his spell at Old Trafford. No Alphabet League side has a better goalkeeper department than the S-Team, with Peter’s son Kasper in reserve alongside David Seaman, Mark Schwarzer and Welsh Wonder Neville Southall. If you fancy a goalkeeper challenge, try naming three Aston Villa ‘keepers, other than Schmeichel, eligible for the S-Team.

Right-back: Bacary Sagna
Former Arsenal and Manchester City defender Bacary Sagna takes the right-back slot, having spent ten years in the Premier League. The French defender has some serious competition in the shape of Spanish defender Michel Salgado, who played for Blackburn Rovers in his mid-thirties after a hugely successful spell at Real Madrid. Danny Simpson and Mel Sterland provide further back-up.

Centre-back: Jaap Stam
Without question one of the finest centre-backs of the Premier League era, Jaap Stam’s arrival at Old Trafford helped transform Manchester United from European nearly-men to treble winners. The Dutchman won three league titles in three seasons during his trophy-laden stay in England, with his controversial departure at the start of the 2001/02 campaign resulting in the Red Devils finishing in third: their worst Premier League position up to that point.

Centre-back: Gareth Southgate
England boss Gareth Southgate lines up alongside Stam, with the two forming a solid partnership at the back for the S-Team. The two-time League Cup winner played for Crystal Palace, Aston Villa and Middlesbrough during his career, picking up 57 England caps along the way. If Southgate doesn’t turn you on, there are plenty of other centre-backs eligible for the side, including John Stones, Caglar Soyuncu, Martin Skrtel, Igor Stimac, Chris Smalling and late England debutant John Scales.

Left-back: Steve Staunton
A First Division title-winner with Liverpool in 1990, Irish international Steve Staunton went on to have a successful spell at Aston Villa in the nascent Premier League years before moving back to Anfield for a short stint in 1998. Staunton retuned to Villa Park in his thirties to see out his top-flight career, before dropping into the second tier with Coventry City. There’s plenty of competition at left-back, with Luke Shaw, Mikael Silvestre, Sylvinho, Jeffrey Schlupp and Kenny Sansom all ready to step up.

Defensive midfield: Gilberto Silva
There’s plenty of attacking talent available for the S-Team but any side looking to win the Alphabet League will surely need an excellent holding player. Brazilian international Gilberto Silva fits the bill, having performed superbly in the role for Arsenal during a six-year stay in the Premier League. The ‘Invincible’ will have a fight on his hands to keep his starting spot in central midfield, with former Gunners team-mate Alex Song, Tottenham’s Moussa Sissoko and Blackburn’s title-winning captain Tim Sherwood on the bench alongside the late, great Gary Speed.

Attacking midfield: Paul Scholes
Underrated or overrated? Either way, there’s no questioning Paul Scholes’ inclusion in the S-Team. The Manchester-born maestro may have lost out to Steven Gerrard and Frank Lampard in the battle of the Golden Generation midfielders when it comes to England caps but some would argue that in terms of pure ability, Scholes trumps them both. Another former Old Trafford favourite makes the bench, with West Midlands-born Lee Sharpe providing an alternative attacking threat if needs be.

Some say the best midfielder in the world in his time, some say overrated.

Whatever you believe, still one of the most talked about players in the game.

That says it all.

Attacking midfield: David Silva
Manchester City magician David Silva gets a spot alongside Scholes; there’s certainly no lack of technique and vision in the S-Team. Silva’s namesake and City team-mate Bernardo Silva will have to make do with a spot on the bench, alongside Xherdan Shaqiri and Gylfi Sigurdsson. Other midfielders to miss out include Trevor Sinclair, Steve Stone, Nolberto Solano and Gordon Strachan – a candidate to manage the side.

Wing-forward: Alexis Sanchez
This would be Sanchez at his Arsenal peak, unplayable and intense, bursting forward for the Gunners. It would not be the Manchester United Sanchez…unplayable in a different sense. The Chilean remains one of the greatest players to have played Premier League football without winning the title but he did have plenty of success in the FA Cup. Sanchez scored in the 2015 and 2017 finals, helping Arsene Wenger become the most successful manager in the competition’s history.

Wing-forward: Mo Salah
Liverpool’s Egyptian star may not have a Premier League title-winner’s medal (yet) like Raheem Sterling but his incredible goal record for the Merseyside club sees him edge ahead of the England international for a starting spot in the S-Team. Other eligible players include Sterling’s City team-mate Leroy Sane and Tottenham’s Heung-min Son. Not even Sergio Ramos could injure enough players to severely diminish the S-Team’s huge pool of attacking talent.

Striker: Alan Shearer
The Premier League’s greatest ever goalscorer completes the S-Team’s front-line, with the Geordie legend’s record of 260 looking tough to beat. With the superb selection of strikers available for the S-Team, the side may be more suited to going all-out Ardiles, with more forwards Chris Sutton, Shearer’s team-mate at Blackburn Rovers is an option, alongside Luis Suarez, Ole Gunnar Solskjaer, Louis Saha and golden oldie Teddy Sheringham.

You know what to do with this…