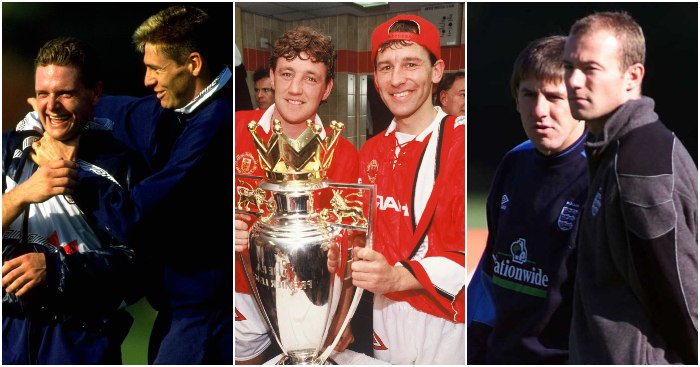 We’ve seen the best Yorkshire has to offer, and the London lads have been discussed in the Mailbox too. Now it’s the Geordie boys…

GK: Jordan Pickford
Straight away, we’re into the thorny issue of defining a Geordie. Some reckon you can only refer to yourself as such is you had the good fortune to be born on the north banks of the Tyne and within a mile of Newcastle. The Oxford English Dictionary, though, states that a Geordie is ‘a native or inhabitant of Tyneside or a neighbouring region of north-east England’. And Washington is that, situated at an equal distance from the centres of Newcastle, Durham and Sunderland. England’s No.1 might be too Mackem for most Geordies, but he was born closer to the Toon than Fraser Forster or Steve Harper.

RB: Steve Watson
The versatile former right-back, born in North Shields, was the youngest player to represent Newcastle when he made his first-team debut in 1990 under Jim Smith. In seven years at St James’ Park, he wore every number from 2-11 at least once before being sold to Aston Villa for £4million in 1998. Currently doing his best to drag York City back up from the National League North.

CB: Steve Bruce
No one in the North East picked up on Bruce’s qualities as a youngster – he had to move to Gillingham at the opposite end of the country to get an apprenticeship. From there he has steadily worked his way back up, first to Norwich before Sir Alex Ferguson took him to Manchester United. Bruce did half the lifting when United claimed their first Premier League title and he won two subsequent Doubles after that. After hanging up his boots, Bruce had 10 managerial spells with nine different clubs before finally returning to Newcastle as boss.

CB: Steve Howey
Howey was born in Sunderland but are you really going to doubt the Geordie credentials of a centre-back who played 191 league games for the Toon after coming through the ranks at St James’ Park? Howey got the nod over London-born Steven Taylor…

LB: Robbie Elliott
The former Newcastle left-back played for Kevin Keegan in his mid-90s entertainers and Sir Bobby Robson when the Toon were taking on Juventus, Barcelona and Inter Milan in the Champions League. Elliott had two spells for the Magpies either side of a spell at Bolton and he is also one of around 65 players to have played for both the Toon and Sunderland. Nowadays, he works as a strength and conditioning coach in USA.

CM: Michael Carrick
Carrick was born in Wallsend, played for Wallsend Boys Club and “as a kid I was a massive fan,” he admitted years later. But still Newcastle let the former England midfielder slip through their grasp. He went to West Ham as an apprentice before pulling Man Utd’s strings for more than a decade.

CM: Bryan Robson
Newcastle also had a look at Chester-le-Street born Robson but let him go elsewhere too. Captain Marvel started at West Brom before becoming Manchester United and England’s skipper and though the vast majority of his best work was done prior to football being reinvented in 1992, he gave Bruce a lift with United’s first two Premier League titles.

AM: Paul Gascoigne
At least Newcastle didn’t let Gazza go elsewhere until they had got a couple of seasons in the first-team out of him. Again, the Premier League wasn’t privileged to be the platform for most of Gascoigne’s finest form, but he represented Everton and Middlesbrough later in his career when he could still nutmeg a mermaid.

RM: Peter Beardsley
Now we really are starting to question the judgement of some of Newcastle’s youth scouts in the 1970s and 80s. The Toon had a look at Beardsley as a youngster but they weren’t willing to give him an apprenticeship. In fairness, nor were Gillingham, Burnley or Cambridge. At least Newcastle rectified their mistake though it cost them £150,000 to sign Beardsley from Manchester United. He spent eight seasons at St James’ Park, with a period on Merseyside at Liverpool and Everton sandwiched in the middle. Now spends his time having a good old stare when he’s not fetching the wife’s poachies.

LM: Chris Waddle
The Felling-born winger was another missed by Newcastle’s youth scouts but he was eventually scooped up from non-league Tow Law Town, who made £1,000 from selling Waddle while he was also working in a food processing plant. Newcastle made a tidy profit when they sold Waddle to Tottenham in 1985 for £590,000 but Spurs got a good deal, since they sold him for £4.5million to Marseille. Waddle was back in England with Sheffield Wednesday just in time for the advent of the Premier League and he also played in the top flight for Sunderland, which we have absolutely no recollection of.

CF: Alan Shearer
Newcastle’s scouts had a look at Shearer but they stuck him in goal for two days. It cost the club £15million to rectify their mistake, though he proved reasonable value for money when he finally got his break at St James’ Park…