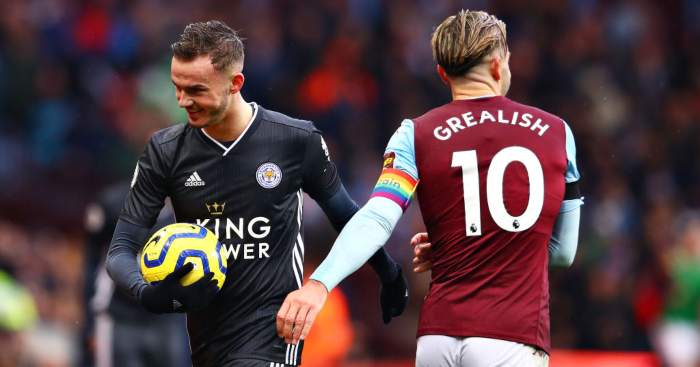 Goalkeeper: Matt Murray
A talent lost to injury, Matt Murray would have become a Wolves legend if his career played out a natural course. Woefully undercapped, he will forever be England’s lost goalkeeper of the golden generation. Other contenders for the goalkeeper spot include former Irish internationals Gerry Peyton and David Kelly.

Right-back: Micah Richards
Despite Roy Keane’s reservations, Richards did burst onto the scene in 2006, becoming the youngest defender to win an England cap in the Premier League era. Now retired and still only 31, Richards last played regular football in Aston Villa’s dreadful 2015/16 season. His return home to Birmingham didn’t work out, but it’s a lot nicer to remember how good he was when he burst (yes Roy, he really did) onto the scene as Manchester City’s next big thing.

Micah: “Do you not remember my header against Villa? Hold on, I played for England at eighteen, youngest ever defender…”

Centre-half: Zat Knight
Knight made his name in the Premier League at Fulham in the early noughties and his form for the London side convinced Sven Goran Eriksson to give him an England call-up in 2005. A move to boyhood heroes Aston Villa followed in the 2007/08 Premier League season, as Knight formed a defensive partnership with great Dane Martin Laursen. Villa thrashed local rivals Birmingham City 5-1 that campaign on their way to finishing in sixth place. Those days seem a long way away for Villa fans right now.

Centre-half: Ashley Williams
A Welsh wonder born in Wolverhampton, Williams was bounced out of West Bromwich Albion as a teenager and never played professional football for any of his local sides. Whilst West Midlands clubs didn’t want to take him home, Everton were desperate to secure his services after he led Wales to the semi-finals of Euro 2016. His move to Merseyside may have been a disaster, but Williams will forever remain a legend at Swansea City, having captained them to League Cup victory in 2013.

Left-back: Joleon Lescott
Lescott managed to tour the West Midlands during his playing days, turning out for Wolves, West Brom and Aston Villa. But he spent the peak of his career away from home in Merseyside and Manchester. Lescott impressed enough at Everton in the Moyes years for newly-minted Manchester City to splash the cash on him in 2009. Twice a Premier League winner at City, his time at Villa was spent at the other end of table, ending in relegation and a public spat with Staffordshire’s own Stan Collymore.

Stan Collymore tweeted a pic of a private message spat he had with Joleon Lescott last night, then deleted it. #AVFC pic.twitter.com/q9kfN3LI74

Defensive midfield: Lee Carsley
When Lescott joined Everton he had a fellow Brummie to help him settle in: Irish international Lee Carsley. Carsley is fondly remembered on the blue half of Merseyside and famous there for thundering in a shot from 20 yards against Liverpool to win the derby in 2004, after being set up by England late debutant Leon Osman. Carsley edges out England legend Carlton Palmer for the defensive midfield spot.

Right wing: Nathan Redmond
Still only 26, Redmond has played more Premier League games than Merseyside’s Ross Barkley. The two players are the same age and made the same journey through England’s youth sides. Both had high expectations put upon them as they broke through into the first teams of their respective local clubs, Barkley at Everton and Redmond at Birmingham City. Both players moved south to further their career, but whilst Barkley has become an England regular, Redmond’s early promise hasn’t pushed him onto the same level. The Birmingham-born lad will be disappointed if he ends his playing days with a solitary England cap.

Attacking midfield: James Maddison
Another player with one England appearance to his name, it’s no gamble to suggest James Maddison will significantly add to his cap collection. Already touted to move on from a high-flying Leicester City side, it’s a difficult stick or twist situation for the Coventry native. Still only 23 and in just his second Premier League season, he may be better suited developing further at Leicester before making any big-money moves. He’s already edged out Lee Hendrie and Seth Johnson for a place in the West Midlands side.

Attacking midfield: Jack Grealish
A year ago, a different Villa hero would have been starting in the West Midlands midfield instead of Grealish. 1996 League Cup winner Ian Taylor will have to settle for a spot on the bench now at the expense of his fellow Brummie. Taylor’s loyalty and longevity can’t quite match up to Grealish’s immense talent, even if he has been a bit silly recently. If or when the 2019/20 football calendar resumes and if or when Villa go down, he could well be the best player relegated from the Premier League since Irish legend Roy Keane suffered the same fate in the competition’s inaugural season. He will surely become another player who has to leave his hometown club to win trophies.

Left wing: Lee Sharpe
A Villa fan as a boy, Sharpe was released by arch rivals Birmingham City and never returned to play for a West Midlands club professionally. Birmingham’s loss was Manchester United’s gain, with Sharpe winning three league titles at Old Trafford before he turned 25. Of course, things didn’t run smoothly for him after he left United, with injuries and off-field distractions proving costly. Sharpe always dreamed of playing for Villa; perhaps a sentimental move home after leaving United could have rejuvenated his career.

Striker: Daniel Sturridge
Not quite achieving their potential seems to be a theme in this West Midlands teams. Not long ago, Daniel Sturridge was part of a lethal strikeforce with Luis Suarez at Liverpool, scoring goals in a side that came agonisingly close to winning a maiden Premier League title. Having recently turned 30, Birmingham-born Sturridge is now without a club following a ban for breaching betting rules. Other striking options for the XI include Collymore, Darius Vassell, Gabby Agbonlahor, Callum Wilson and…erm…Michael Ricketts.