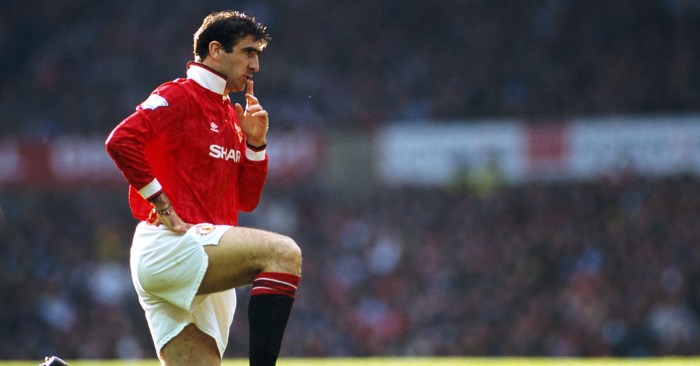 As Liverpool’s maiden Premier League title hangs in the balance, midfielder Naby Keita could become the first player from Guinea to win the competition. Here’s a team made up from those who were the first from their country to win the Premier League…

Goalkeeper: Jens Lehmann (Germany)
The former Arsenal keeper became the first German to win the Premier League in his debut season at the club. You might remember it, the Invincible season…not that they like to go on about it. The following year, he was joined in the German winner’s club by one Robert Huth.

Right-back: Henning Berg (Norway)
The Premier League has seen plenty of Norwegian players down the years. Henning Berg was the first to win the competition in the 1994/95 season with Blackburn Rovers; he then added two more with Manchester United. But still, that only takes him half-way to the total claimed by one current Premier League manager who really doesn’t like to go on about it…

Centre-half: Kolo Toure (Ivory Coast)
Going back to Arsenal’s unbeaten season, Kolo Toure became the first player from the Ivory Coast to win the Premier League in 2004. Hopefully his brother bought him a cake to mark the occasion.

On Kolo Toure’s birthday, a reminder of his first day on trial at Arsenal, as witnessed by Ray Parlour.

Centre-half: Vincent Kompany (Belgium)
The inspirational leader who captained Manchester City to their maiden Premier League title in the 2011/12 season, also became the first Belgian to win the competition at the same time. He left City with four titles and unquestionable ‘legend’ status.

Left-back: Denis Irwin (Ireland)
When Manchester United won the first ever Premier League title in 1993, multiple English, Scottish and Welsh players starred in the team. However, only one Irishman featured for United that season: Denis Irwin, one of the Premier League’s finest ever full-backs. Remarkably, only four Irishmen have followed him and only one of those (Damien Duff) was not a United player.

Central midfield: Juan Sebastian Veron (Argentina)
A f***ing great player he may have been, but the Premier League never saw the best of Juan Sebastian Veron. Despite that, he became the first Argentinian to win the competition in 2003. Blazing the trail for Sergio Aguero, Carlos Tevez and, erm, Leonardo Ulloa.

Central midfield: Edu (Brazil)
Arsenal’s current Technical Director was the first Brazilian to win the Premier League in the 2001/02 season. In case you’re wondering, Gilbert Silva joined the following season. Edu was the first of 16 winners; only England and France have provided more.

(Huge shout to Eduardo, but as he repped Croatia I took him out)

Left wing: Jose Antonio Reyes (Spain)
The former Arsenal player died tragically young last year at the age of just 35. The Premier League has been home to many talented Spaniards (and 14 of them have won the title) but Reyes will always have the honour of being the first of his countrymen to have won the competition, as part of Arsenal’s Invincibles.

Striker: Mario Balotelli (Italy)
Balotelli will be 30 this year, yet he’s never spent more than three seasons at a single club. He’s now turning out for Brescia, currently frozen at the bottom of Serie A. Some may see him as a wasted talent, but he does have the distinction of becoming the first Italian – and so far only Italian – to win the Premier League as part of Manchester City’s victorious 2011/12 season.

Striker: Eric Cantona (France)
The catalyst for Manchester United’s transformation from a good team into a great one in the early nineties. Cantona was the first Frenchman to win the Premier League in the competition’s inaugural season. As part of Leeds United’s title-winning side the previous year, Cantona is also the only player to have won the last ever First Division title and the first ever Premier League title. He was the first of 27 and counting.