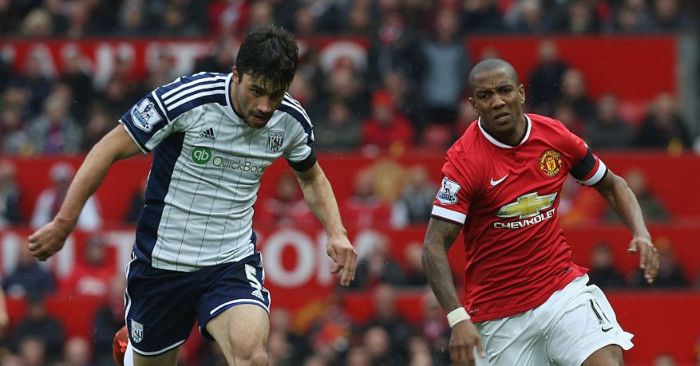 Fancy some more Alphabet League action? Why not check out the Y-Team…

Goalkeeper: David Yelldell
USA international David Yelldell takes the number one shirt for the Y-Team, having spent a brief period with Blackburn Rovers early on in his career. Yelldell’s stay in England isn’t much to shout about. Having failed to break into the first team at Ewood Park, he joined Stuttgarter Kickers in 2005. There’s not much choice in terms of back-up, with former Wycombe goalkeeper Jamie Young coming through the ranks at ex-Premier League side Reading in the early stages of his career, while current Wycombe ‘keeper Cameron Yates spent his teenage years in the Leicester City youth set-up.

Right-back: DeAndre Yedlin
Another USA international in the Y-Team, DeAndre Yedlin will have to battle Canadian Frank Yallop for the right-back slot. Yedlin is now in his fourth season at Newcastle United, having originally crossed the pond to sign for Spurs six years ago. Yallop played in the nascent Premier League years for Ipswich and set up a winning goal for the Tractor Boys against reigning champions Manchester United in the 1994/95 season. Yallop was on the end of some Red Devil retribution later in the campaign, with United smashing nine past Town in the reverse fixture.

Centre-back: Joseph Yobo
A mainstay of the Everton rearguard during the David Moyes era, Joseph Yobo spent a decade at Goodison Park and helped the Toffees to a Premier League high fourth-place finish in the 2004/05 season. The Nigerian won over 100 caps for his country and managed to keep Michael Owen quiet in the 2002 World Cup, with the Super Eagles holding England to a 0-0 draw in the tournament’s group of death. He’ll need to be in similar form for the Y-Team if they’re going to have any chance of surviving in the Alphabet League.

Centre-back: Eric Young
An FA Cup winner with Wimbledon in 1988, Eric Young was playing for Crystal Palace by the advent of the Premier League in 1992. The Welsh international faces competition from Southampton’s Maya Yoshida and former Newcastle United defender Mapou Yanga-Mbiwa. Others available for Y-Team selection include Oleksandr Yevtushok, Eddie Youds and Yates both Dean and Steve.

Left-back: Luke Young
Luke Young’s versatility sees him start on the left hand side of defence for the Y-Team and he’ll need to stay fit for the duration of the Alphabet League season with a severe lack of full-back options available. Young played his best football during a six-year spell at Charlton Athletic before moving north to sign for Middlesbrough. He returned south at the end of his career to play for QPR, where he was on the books at Loftus Road alongside South Korean international Suk-Young Yun: the only left-back in reserve for the Y-Team.

Defensive midfield: Claudio Yacob
The middle of the park is another problem area for the Y-Team, meaning former West Bromwich Albion favourite Claudio Yacob takes the defensive-midfield spot. The former Argentina international joined the Baggies in 2012 and helped his new side to a Premier League best eighth-place finish under Steve Clarke in his first year at the club. Yacob lost his first-team place at the Hawthorns in West Brom’s disastrous 2017/18 season and left at the end of the campaign.

Right-wing: Andriy Yarmolenko
West Ham’s Andriy Yarmolenko starts on the right-wing for the Y-Team and the Ukrainian will need to spend more time on the pitch for this side than he has for the Hammers if they stand any chance in the Alphabet League. Yarmolenko’s ability to cut inside from the right flank has made him a regular goalscorer for his country and West Ham fans will be hoping that one of their club’s top earners will soon replicate that form at the London Stadium.

Left-wing: Ashley Young
The youngest of the three Youngs in the Y-Team, Ashley joins namesakes Eric and Luke in the first eleven. Although much-maligned towards the end of his Manchester United spell as a symbol of the club’s fall from atop the Premier League tree, Young was superb for Watford and Aston Villa before making his big move to Old Trafford in 2011. He remained in Manchester until the January of this year and he now plays for former Chelsea boss Antonio Conte at Inter Milan, alongside a host of familiar names from the Premier League.

Attacking midfield: Dwight Yorke
With a lack of viable attacking midfielders, Dwight Yorke starts just behind the strikers. A Treble winner with Manchester United, Yorke survived John Gregory’s firearm-related threats to join the Red Devils from Aston Villa at the start of the 1998/99 season. His exuberant partnership with Andy Cole was integral to United’s success in the club’s greatest season and he’ll need to link up well with the Y-Team’s strikers for this side to compete effectively in the Alphabet League.

Striker: Tony Yeboah
The Y-Team may not stand much of a chance of taking home the title but with Tony Yeboah in their ranks, there are sure to be a few clips of the side in the Alphabet League goal of the month competition. The Ghanaian had a short but memorable spell in the Premier League with Leeds United in the mid-90s and fans of the era will forever think of Yeboah’s name whenever they see and hear a thunderb*stard euphorically crashing in off the bar.

Striker: Yakubu
Yakubu joins Yeboah in an African strike partnership for the Y-Team, with the Nigerian bagging 95 goals in 273 Premier League appearances. The Yak’s imposing power and predatory instincts in front of goal made him a feared striker in England during his pomp in the 2000s. Former Blackburn Rovers forward Yordi is the only back-up available for the Ys, with the Spaniard spending a short time on loan at Ewood Park in the 2001/02 season.