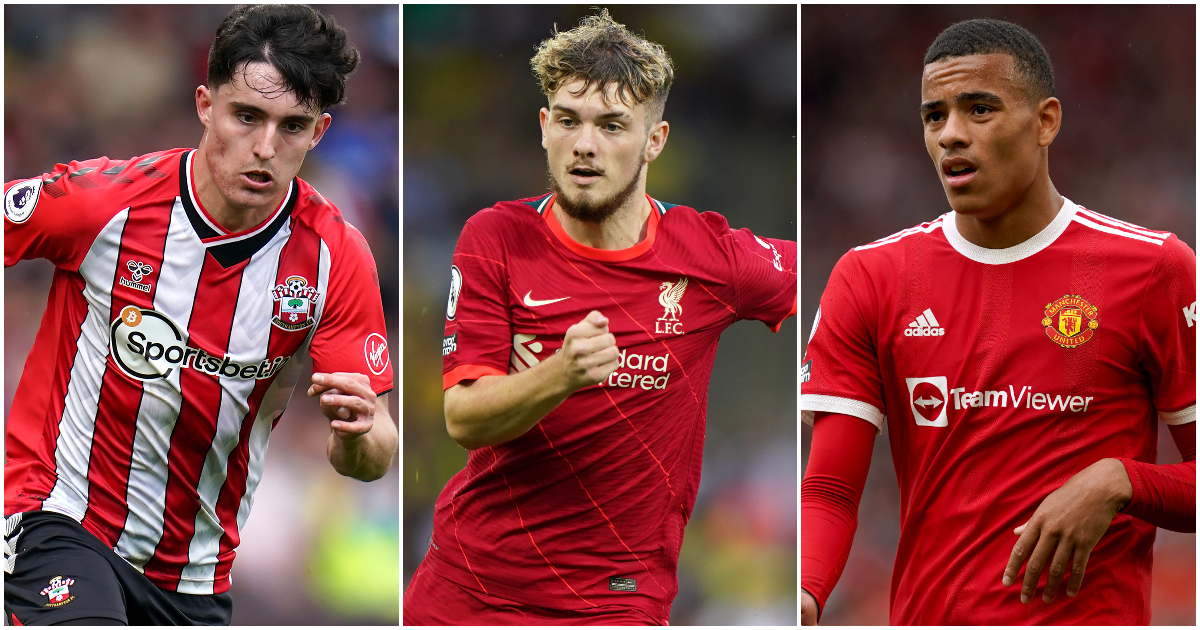 Teenagers are tearing up the Premier League this season, with Harvey Elliott and Tino Livramento among those to catch the eye alongside seasoned 19-year-old Premier League veterans like Mason Greenwood and Bukayo Saka.

Here’s 11 shoehorned into some sort of semi-functioning team. Only hard and fast rule is that they have to have appeared in the Premier League this season. Priority was given at all times to youth over experience or quality unless it made things really silly. We had to put an ancient in goal, for instance.

Ages given are for each player at time of their first appearance of the campaign. And here are the olides.

Twenty-nine younger players have been involved in the Premier League this season, but you can’t really piss about with goalkeepers can you? Being 21 makes Meslier the grandad of this team but it’s also undoubtedly impressive to be the undisputed No. 1 for a top-half Premier League side at 20. He’s missed only three of Leeds’ 41 games since they returned to the top flight.

Ralph Hasenhuttl has already had to try to temper expectations over Livramento, the summer signing from Chelsea who appears to have usurped Kyle Walker-Peters as first-choice right-back at St Mary’s: “Don’t hang him too high, he has lots to learn.” After his display against Manchester United, there is little hope of that. He’s a captivating player with a cool name and still three months shy of his 19th birthday. We shall hype him to the very stars.

At centre-back we run into obvious problems. The middle of a Premier League defence is a difficult place to be. It’s certainly no place for a greenhorn. The youngest actual centre-backs are Palace’s Marc Guehi (21) and Pascal Struijk (22). So that’s no good. We said we’d prioritise age over sensible team selection and that’s what we’ll do. Teenage right-back? We’ve already got one of those, so into the middle of our defence you go.

Is he a centre-back? No. Does he do an awful lot of defending? Yes. Is that enough to justify picking him ahead of actual centre-backs mere months older? Probably not. Have we done it anyway? Yes. Is that too many questions? Yeah, it is.

An absurdly central figure for both club and country given his age. Has many great qualities but somewhere near the top is his sheer versatility. Pretty sure you could drop him anywhere on the pitch and get a decent shift out of him. Seems to possess both remarkable maturity yet without any loss of the youthful exuberance that makes young players so thrilling. That will probably get sapped out of him by Arsenal being so relentlessly Arsenal. Was always going to be a question of where he played in this side rather than if and left-back is where he’s landed. Won’t lie, we almost put him in nets.

Certainly didn’t look out of place in a Premier League midfield when making his first start in the league against Brentford, becoming Villa’s second youngest Premier League starter ever and the season’s youngest so far.

Still only 20 despite being hyped to the heights for at least 17 years now. With first-team routes at Chelsea blocked, he’s made an eye-catching loan move to Norwich that looks one of those loans that just makes textbook sense for everyone. Has instantly become a key player for his country, and this season will also be so for his (albeit temporary) club. Big year for him. And we think he’s going to smash it.

Crystal Palace are fast becoming the go-to place for exciting young talents and Rak-Sakyi has already got Twitter heads chatting after doing assorted madnesses for Palace’s Under-23s. A 15-minute cameo off the bench in what was by then a long-confirmed defeat to his former club Chelsea represents the sum total of his Premier League experience. For now.

First teenager since Robbie Fowler to score in the first three games of a Premier League season. Still has a month left as a teenager and has already scored 20 Premier League goals in 68 games for one of the biggest football clubs on the planet.

So good that Liverpool have been forced to leave Loris Karius out of their Champions League squad to make room for him. That’s when you know the hype is real. (Also, in this case the hype is actually real.)

Played too much last season after Raul Jimenez’s horror injury. Will now probably not play enough this season. Such is the life of the precocious teenager.