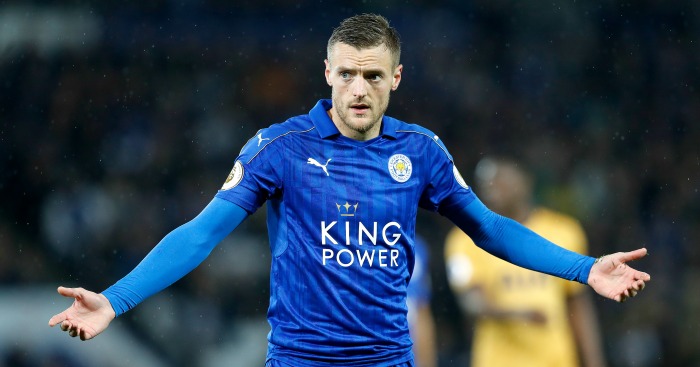 Manchester City winger Leroy Sane tops the list of the fastest players so far this season in the Premier League.

Perhaps the most shocking of the lot is that Jamie Vardy is now apparently slower than Laurent Koscielny. How’s that for a Sunday shock?

Wait, so Vardy is slower than five defenders? Get him off the plane.

Fair play to Laurent for making this list. Probably at his fastest when he’s chasing down an attacker down who is through on goal, mind you.

Femenia has only played just over 1,400 minutes in the Premier League this season, but when he has played he’s clearly been lively.

We feel a bit sorry for Oliver Burke. Struggling for consistent game time in the worst Premier League side after a failed spell at Leipzig. Still, he’s got pace.

Fair play, Wilf had to be on this list didn’t he really.

Kyle Walker has played a big part in Pep’s system this season with his marauding runs down the right. Get him on the plane.

Wow, didn’t really see this one coming. He only has 74 pace on FIFA. Sort it out EA.

In fairness, Moussa Sissoko did top the pace table in January 2015, so it’s no surprise to see him back up there.

Palace having Zaha and Van Aanholt down the flanks seems a bit unfair now, doesn’t it?

Twelve goals in all competitions, 15 assists, and now the quickest player in the league. What a season.