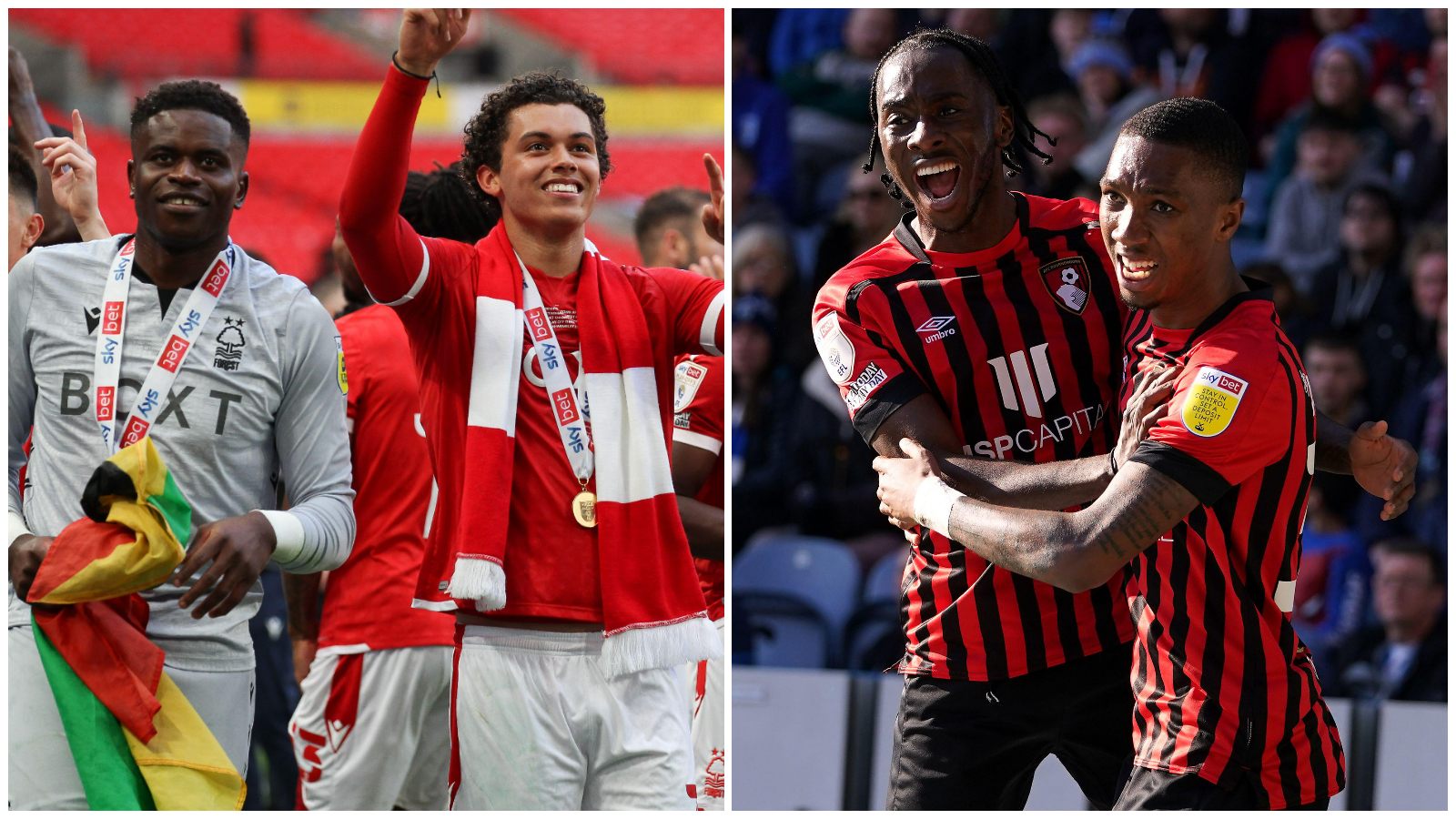 Bournemouth and Fulham’s recent stints in the Premier League mean Nottingham Forest will view the big time through the freshest eyes next season.

Jaidon Anthony (Bournemouth)
It’s been some breakthrough season for the 22-year-old Bournemouth winger. Anthony managed only seven appearances before the start of a season in which no player has featured more times for Scott Parker’s side.

The former Arsenal academy player has developed a fine partnership with full-back Jordan Zemura on the left of Parker’s XI, with Anthony chipping in with eight goals and six assists.

Next season, Anthony will get the chance to face former team-mates Bukayo Saka and Emile Smith Rowe. When the England pair were offered scholarships at the Emirates, Anthony was released for being too small. He subsequently had a growth spurt and now stands at over six feet tall.

Anthony also has the motivation of playing for his next contract, wherever that may be. He is a year from the end of his current terms with the Cherries after they took up their option to extend the contract that was due to expire this summer. A quick adjustment to life in the Premier League could have some top-flight clubs urging him to shun Bournemouth’s renewal offers.

Brennan Johnson (Nottingham Forest)
The Championship’s young player of the season would almost certainly have been a Premier League player in August, even if Forest hadn’t won the play-off final. Brentford had multiple bids rejected in January, while Leeds, Everton, Newcastle and Leicester have all been linked with the Wales international.

Johnson’s suitors will have to maintain a watching brief as he takes his first step into the top flight with his boyhood team next term. Johnson, son of former Forest striker David, came through the ranks at the City Ground after joining the club aged eight. He made his senior debut three years ago, in which time he has emerged as ‘the future of Welsh football’, according to Wales boss Rob Page.

Since Page reckons Johnson is already ‘Premier League top-six quality’ the versatile attacker should have no problem making the step up. Twelve goals in 22 games since the January window closed also bodes well for the just-turned 21-year-old.

Brice Samba (Nottingham Forest)
Samba has been around longer than Johnson and the 28-year-old keeper has top-flight experience from a season as Caen’s first choice in Ligue 1. But the stopper made his Forest debut 10 days after Johnson. Since then, Samba has established himself as the club’s undisputed No.1, culminating in a clean sheet at Wembley after his semi-final shoot-out heroics.

Three stops against Sheffield United made Samba the face of Forest’s play-off triumph. It wasn’t just the saves that helped the Congolese custodian catch the eye – it was also the manner in which Samba asserted his authority in the shoot-out with some first-rate sh*thousery to delay and deny the Blades. It would appear Samba doesn’t lack the necessary confidence to stand before the likes of Mo Salah, Harry Kane and Cristiano Ronaldo.

All three promoted No.1s are relatively wet behind the ears when it comes to the Premier League. Fulham’s Marek Rodak has made two top-flight appearances, while Bournemouth’s player of the season Mark Travers has also had a brief taste of life in the Premier League sticks.

Only Johnson has made more appearances for Forest this term than the Scotland defender, who moved from Aberdeen two years ago for an initial £3million. McKenna can claim to have played more minutes than anyone else in Cooper’s squad despite being rested for the final game of the season.

McKenna plays on the left of Cooper’s back three, where he has been one of the stand-out stars in a stand-out season for Forest. After promotion, the Tricky Trees will pay Aberdeen an extra £1million as part of a deal which could eventually cost them £6million. McKenna’s performances this season mean Forest will stump up gladly and the 25-year-old looks well equipped to handle the step up to the top flight.

Rodrigo Muniz (Fulham)
Since Fulham were only back in the Championship for a season, it’s no surprise that their squad returns to the top flight with a wealth of Premier League experience. In their list of highest appearance makers this season, the top 11 have all sampled Prem action.

Twelfth on the list is Muniz, who only arrived at Craven Cottage last summer. The 21-year-old forward was signed from Flamengo last August for a fee that could rise to £12million.

The 21-year-old has been allowed to settle in English football gradually while playing a supporting role to Championship goal-machine Aleksandar Mitrovic. Muniz bagged five 25 league appearances and five goals this season – an impressive haul since 23 of his 25 appearances came off the bench. He totalled only 488 minutes, scoring at a rate of one every 98 minutes.

Marco Silva will have to find an alternative source of goals to supplement Mitrovic and Muniz has a huge step to take next season – as do many of his team-mates – but the Brazilian is one of few Cottagers seeing the Premier League with fresh eyes.