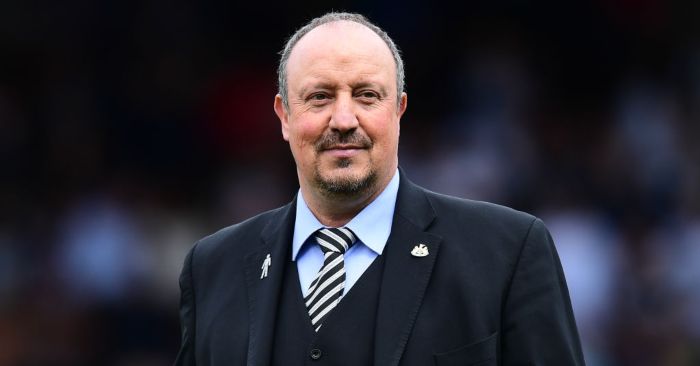 Ahead of Newcastle United’s penultimate Premier League home game of last season against Southampton in April, Rafael Benitez made his position clear: “I want to get a job where I can enjoy competing, If I cannot (get one), maybe I’ll sit at home and wait.”

A lot has changed in the seven months since. Benitez, tired of fighting a losing battle over ambition and generally feeling unappreciated by the Newcastle board, walked away from St James’ Park at the end of his contract. His reputation had been enhanced after the work he’d done both on and off the pitch, but just two days after an emotional goodbye to the supporters on Tyneside, Benitez had flown to China to sign a two-and-a-half year contract with Dalian Yifang.

Having spent three years talking up England, where his family have remained since his days with Liverpool, and his desire to help Newcastle fulfil their potential, his next choice of destination jarred with many. He was looking to “compete”, so why did he opt to join a much more inferior league? Why not take his own advice and be patient?

His critics – and there were a few during his time on Tyneside – will point to the finances. Benitez has reportedly doubled his salary to £12million per year in Dalian. But while nobody really blames him for escaping the tiresome power struggle with Newcastle owner Mike Ashley, there aren’t many willing to accept his reasoning for escaping to Asia. He freely admits the money was a factor, but insists he has the project he was looking for: their stadium is bigger than St James’ Park; he is set to receive the multi-million pound training complex he spent years asking for at Newcastle; and there is a willingness to invest on the pitch to grow at a rate Ashley simply refused to. His former Napoli midfielder Marek Hamsik and Belgium winger Yannick Carrasco were there to greet him on his first day, and he quickly signed up Salomon Rondon, whom he brought on loan to Newcastle the previous season, to fill up the quota of foreign players allowed in his squad.

For all that, though, the main reason Benitez looked further afield is because there weren’t many better offers when a decision had to be made. In many interviews he has said that if he really went to China for the money, he would have taken one of the many offers thrown at him before. Instead, he stuck it out at Newcastle, choosing to focus on the things that attracted him there in the first place: the city, the fans and the potential of the club.

Benitez also prides himself on the fact that he never breaks contracts, so his own morals were part of the reason for staying longer at Newcastle than he should have. There were rumours linking him with other jobs in England. West Ham were particularly interested before hiring Manuel Pellegrini in the summer of 2018, having all but agreed a deal with him before Real Madrid came calling three years prior, while there were reports that he cast an admiring eye over at Leicester City before they hired Brendan Rodgers. The Foxes went in another direction, but taking it – if it was ever offered – would have meant breaking his golden rule.

But that raises the big question again. Why did he go to China and tie himself down for nearly three years? With Marco Silva at Everton, just a few miles from his family home in the Wirral, Pellegrini at West Ham and even Unai Emery at Arsenal under growing pressure, there are three jobs in Benitez’s demographic that he could have been in line to take. He said it himself back in the spring: he could have waited. When asked, either directly or indirectly, about his future, the Spaniard has seemingly reiterated his desire to continue with his honourable approach to contracts while also stating a Premier League return is his ultimate aim. At 59, he has pointed out a number of times, he is still not old in managerial terms; a desire to go on coaching until he’s over 70 suggests he believes he still has time to pick up where he left off in England.

Many Newcastle supporters would want to see him continue with the clear unfinished business he has in the north east, and the affection is mutual. It wouldn’t be at all outlandish to suggest he would like that too. He’d still be there now had his ambitions been matched. But the reality is that is only ever going to be possible under a takeover, which has been in the pipeline for years without any actual payoff.

There was logic to his Chinese adventure. Pellegrini had already proven that the Super League need not be an endgame for managers with such reputations. But it is hard to imagine there will be a better time for Benitez to make a swift Premier League return, given the amount of clubs with both upcoming vacancies and the tools to be successful.

West Ham, Everton and Arsenal would be much more likely to share his vision than Newcastle ever were. He’d get money to spend and the respect he deserves – the respect most supporters of his former clubs still harbour for him today. There were glimpses of what he could have done at Newcastle, a look into a parallel universe where the club was galvanised and behind him as he finally brought them long-awaited glory. But it never happened and both parties have since moved on.

Were Benitez sitting at home right now, he’d be more prominently linked with potential job openings. He is much less attractive while on an expensive Chinese contract and even more so if he seeks to see it through until the end. It could be that his dreams and career aims are being held hostage by his principles.