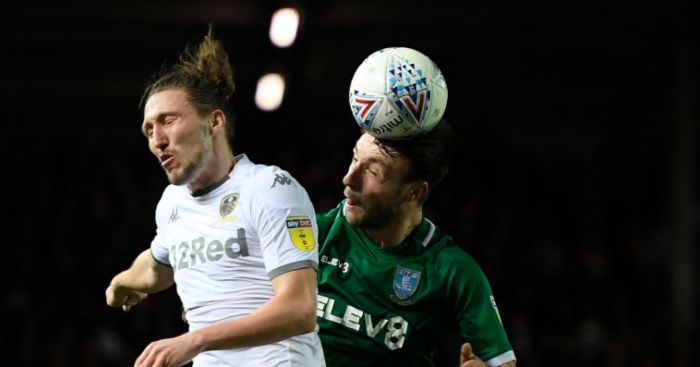 Premxit: Why a breakaway from the Premier League by the Football League and non-league could be good for English football’s soul.  Is it time time to leave football’s greed clubs out on their own?

“They’ve been using the threat of the super league for 20 years now…every time there is a discussion about revenue distribution, they put it on the table,” said a Miguel Delaney source in his scorching Independent piece on football inequality this week. A small coterie of clubs with delusions of grandeur apparently hold the game over a barrel. “We just want what’s fair,” was Spurs chairman Daniel Levy’s alleged comment when discussing international TV rights distribution.

‘Fairness’ might mean a game organised for the many not the few; the 72 other Football League clubs instead of the Big 6; the thousands of proud sides down the league pyramid rather than the lucky 20 in the Premier League.

Instead of supposedly agitating for the creation of a breakaway akin to a Premier League 2, why aren’t the owners of Leeds, Derby County and others rallying the dormant armies of clubs stretching down multiple steps into non-league and casting the Premier League out on its own?

We’re always told that English football will fold without the mega brands of Manchester United, Liverpool Arsenal, Tottenham and Chelsea – whose dominance is “destroying” competition in the world’s richest league according to a Vysyble report – but is that really case? Every alpha male has its day with new pretenders ready to take their place and a breakaway by the majority of the football pyramid might see new competitors emerge. Are Man Utd really any bigger than Leeds? Are Man City any more worthy of success than Nottingham Forest?

Let’s call it the Unity League: a chance to press the the reset button and do things better for the steps of the pyramid that have been seen as little more than a nuisance since 1992. A neat setup of four leagues comprising 18 teams each, back to the Divisions 1, 2, 3 and 4 system, making every team count. If the Championship doesn’t think it gets a fair share of the English football narrative, the lower divisions and non-league is on cave painting levels in terms of media coverage of its authentic football colour.

Of course, you’d have to put in systems to prevent a Big 6 occurring again but the answers are there, borrowed from American sport in the form of salary caps and the pooling of merchandise revenue.

Forget Premflix; the Unity League would have a streaming deal with the BBC, with every fan paying a football license fee for access to streaming of matches from Division 1, down into non-league. The revenues would be split evenly right down into grassroots in a way the Sky revolution never properly managed.

This breakaway would revolutionise the England team, allowing clubs that actually play young English players on a significant level to nurture from the playgrounds to stadia turf, free of the top-tier talent-farming of the Elite Player Performance Plan. Eighteen clubs in each league would allow significant respect and preparation for the England team – funnily enough the original intention of the FA when it thought up the Premier League and then quickly lost control of it.

Instead of the mess that is the current FA Cup, a reinforced respect for the world’s oldest cup competition with the only reform it ever needed: space to breath and every game live at 3pm. The League Cup could be replaced with an Anglo-German Cup, embracing the solidarity and fan culture between fans from England and Germany and the roots of sporting competition across a continent that the Champions League has long stopped doing justice to. It is no choice between the League Cup or highly attended match-ups between Leeds United and Hamburg or Cardiff and Dynamo Dresden.

Seriously, what’s not to like? Maybe the breakaway Unity League should have a component of fan ownership as is standard in Germany, too? It hasn’t done them too badly. The Premier League has created a template for strong revenues; all the Unity League would have do is cherry-pick the best elements, with the solid fan culture aspects that are the true pull of overseas interest.

No more soulless Premier League super stadia in the breakaway Unity league, with 49,000 at Sunderland the maximum and Hillsborough a happy medium between atmosphere between attendance. No more stadium arms races to cement total dominance to the depression to the rest of football. Safe standing as standard. A living ticket price for those who live in and contribute towards the communities in which clubs exist. A levy on transfers and on the profits of bookmakers and all the other things the Premier League have failed to initiate. It’s all possible. The Premier League out on its own, blocked from the reflected glory of the football pyramid that it can be seen to take for granted. Let’s see how the clubs outside the Big 6 cope with a closed shop then, the true realities of being also rans in clear effect.

Of course, if they agreed to the principles of the the Unity League, the also rans could be allowed in, forming a 14-team division at the apex, the Big 6 never doing enough to maintain an equilibrium when they had the chance. At the very least, the tabling of a breakaway might snap the Premier League out of its self-obsession for a moment.

For good or bad, a chunk of the country don’t fear the country leaving the EU. So why fear Premxit?