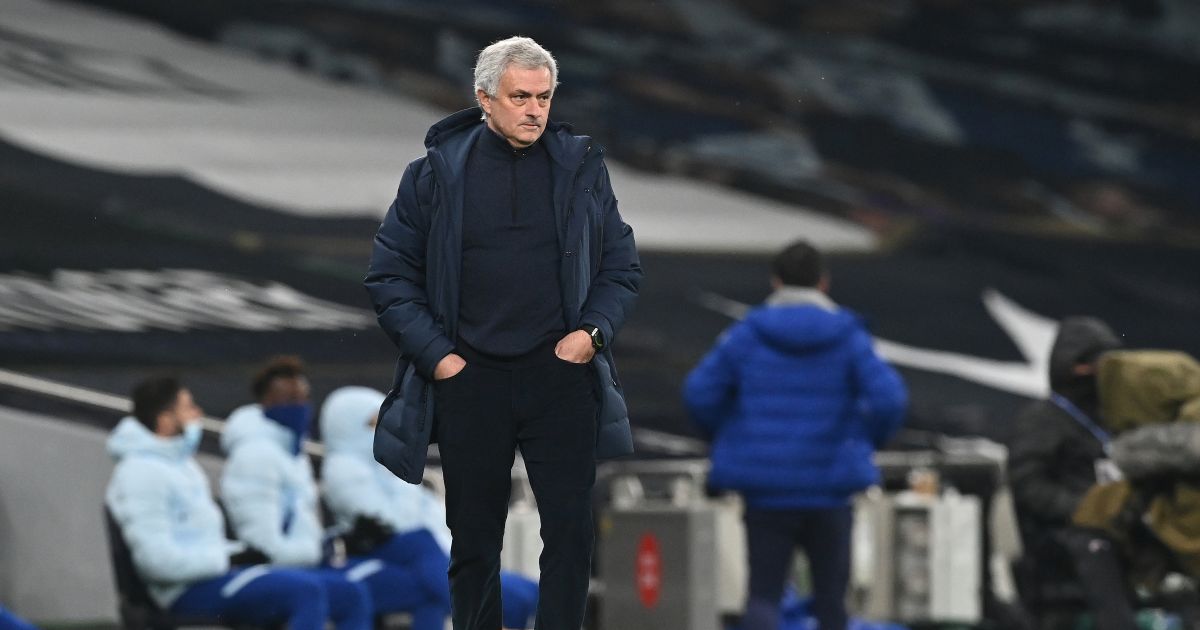 Jose Mourinho is coming under increasing pressure at Tottenham after they lost 1-0 to Chelsea on Thursday night, according to reports.

Spurs’ league season is imploding, having been top of the table in mid-December, and they went down to Jorginho’s first-half penalty in north London as Thomas Tuchel’s impressive start to life at Chelsea continued.

Since travelling to Anfield at the summit on December 16 they have lost five of their next nine games, including three in a row for the first time since 2012.

Tottenham are suffering with injuries, as attacking threats Harry Kane, Giovani Lo Celso and Dele Alli are ruled out, but it is their style of play that is becoming particularly hard to watch.

And Independent journalist Miguel Delaney claims that sources have told him that ‘pressure is growing’ on Mourinho to pull Spurs out of their current slump.

The report adds that chairman Daniel Levy ‘wants to give Jose Mourinho time to turn Tottenham Hotspur’s season around’ but that their current run of form ‘won’t be indulged indefinitely’.

It is said that even Levy ‘has been struck by the utter poverty of the football’ but there are still ‘superficial reasons for persisting with the Portuguese’.

One reason being Spurs’ continued participation in the Europa League, while Mourinho has led them to the final of the Carabao Cup with silverware still up for grabs.

Delaney continues: ‘There isn’t yet mutiny among the players or anything like that, but a growing number have serious misgivings about the football. A minority are fed up with it.’