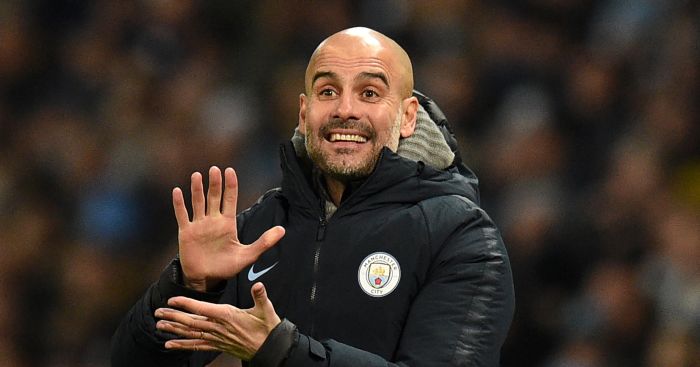 Pep Guardiola was left impressed by a ‘solid’ Manchester City display which saw his side claim a 3-0 win over Wolves.

More than anything, the Man City manager was delighted to get the three points which keep the pressure firmly on league leaders Liverpool.

He said: “We have played a lot of time with ten against 11 and we should be more aggressive in our attacking play, but we have a lot of matches in our minds and our legs. We were solid and didn’t give away many chances so it is three points to keep the pressure on the team at the top of the table.

“Most teams come here and defend deep and it is not easy, but we did it well and we got a third to take us closer to Liverpool.”

Gabriel Jesus was one of the stars of the show as his brace helped City to claim the victory. Pep Guardiola praised the Brazilian saying: “Everybody wants to do their best but it is important for a striker to score goals and he has got six in the last two matches.

“It is important for the striker [to score goals]. The first goal was an incredible pass from Laporte and movement from Leroy.”

The Man City manager also argued that his side is capable of even better despite posting ‘incredible numbers’ this season. He said: “When you have a league campaign, you can drop points. We have incredible numbers so far but we can do even better. Of course we weren’t in our excellent moments against Leicester and Crystal Palace but it is normal, and we came back in the games after by creating chances and conceding few.”

Guardiola also prised David Silva who has now made more Premier League appearances for Manchester City than any other player. He said: “No words. To get these kind of numbers you have to have an incredible mentality and be consistent so he deserves all my respect because it is not easy.”