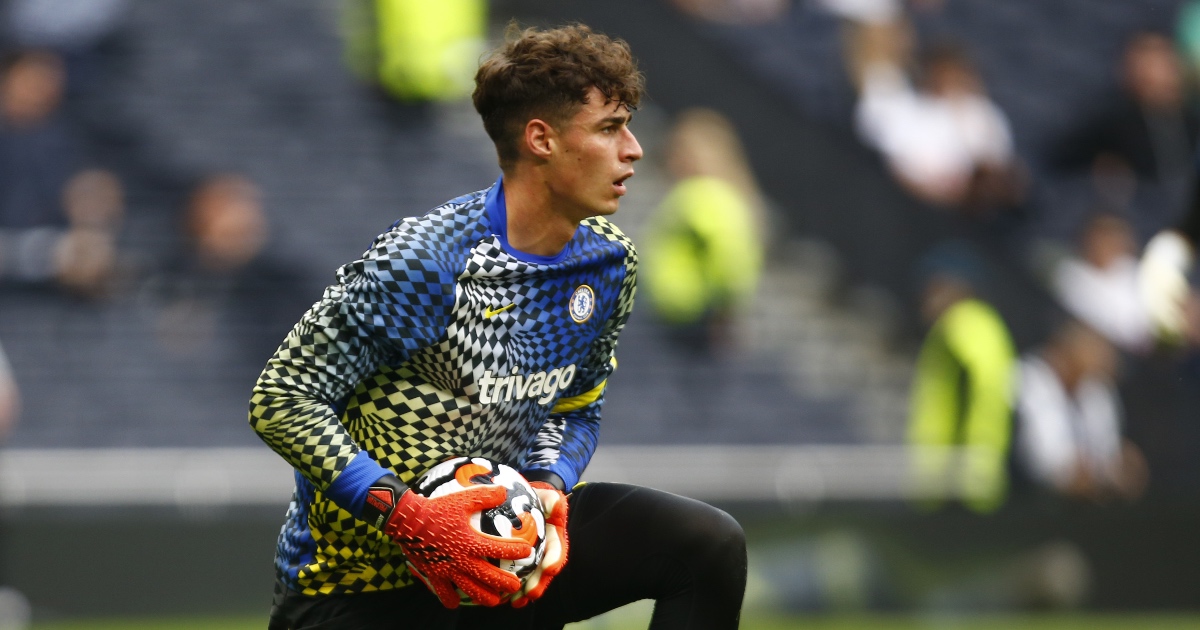 Chelsea manager Thomas Tuchel has spoken in support of goalkeeper Kepa Arrizabalaga, saying the ‘pressure is off his shoulders’.

The Spain international joined Chelsea back in August 2018 for a reported £71million.

The deal made Arrizabalaga the Blues’ record signing, which has since been surpassed by Romelu Lukaku, and the most expensive keeper of all time.

However, he has struggled in recent seasons and the club were forced to sign Edouard Mendy from Rennes last summer.

Arrizabalaga has received limited game time as a result, although he did star in the Super Cup victory against Villarreal.

The 26-year-old also started Chelsea’s recent 3-0 win against Tottenham due to a knock suffered by Mendy.

When asked about Arrizabalaga, Tuchel told the club’s official website: “His mindset is calm and he is positive.

“It was not necessary for him to prove to me he is a good goalkeeper. I see it every day in training.

“Maybe he is at the point where he does not try too hard to convince everybody he is worth the money the club paid. Who cares about the money? Okay, the money was paid, so what now?

“We have two strong goalkeepers and we need both of them. If you need any proof, look at the weekend, when he was the key factor to have a clean sheet.

“If the money is too high or too low, these measurements do not exist for us. I have a feeling the pressure is off his shoulders.”

Arrizabalaga’s troubles seemingly started just after he refused to come off in the 2019 Carabao Cup final.

The decision angered then manager Maurizio Sarri, who was preparing to bring on Willy Caballero as a replacement.

Arrizabalaga gave his side of the story earlier this year. He revealed that he had called the physio onto the pitch to wind down the clock, rather than for treatment.

The shot-stopper also apologised for his actions.

The Netherlands international has a £130m release clause in Turin which activates in 2022.

The Blues are looking to sign a new centre-back following their failure to bring in Jules Kounde.