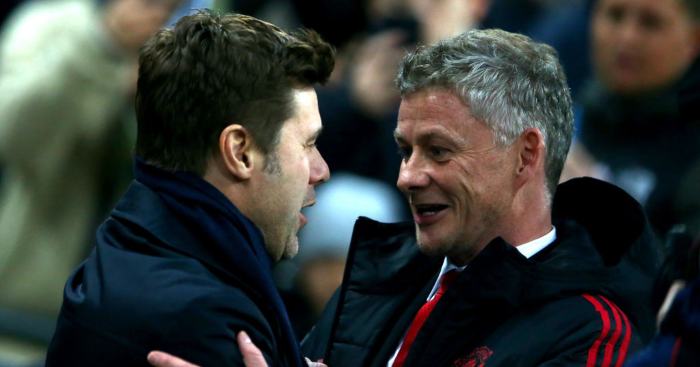 The Argentinean was sacked by Spurs on Tuesday evening before they announced he would be replaced by Jose Mourinho on Wednesday morning.

Pochettino, along with his coaching staff, has paid the price for a poor run of domestic form in 2019, bringing an end to a five-and-a-half-year spell at the club.

The 47-year-old has been consistently linked with taking over from Solskjaer at United with Real Madrid and Bayern Munich rumoured to also be interested in his services.

The Sun claimed on Tuesday that Man Utd, Bayern and Real are all ‘keeping their fingers crossed Spurs sack him’ with the three clubs eyeing him up as their next manager.

The compensation package to get Pochettino out of Tottenham would reportedly have cost the clubs over £30million but now he has been fired they won’t have to pay that.

The report adds that ‘the prospect of Pochettino taking up another job will be a serious concern’ for Woodward as he continues to give Solskjaer ‘time to prove he is the man to lead United back to the summit of English football.’

Five wins in their last six matches sees United up to seventh in the Premier League table and has restored some confidence in Solskjaer after a poor start to the campaign.

However, the Evening Standard adds that ‘Pochettino’s shadow will loom large over Old Trafford for as long as the Argentine remains an easy fall-back option.’