Home F365 Features Prick of the Week No. 21: Referee death threats and that 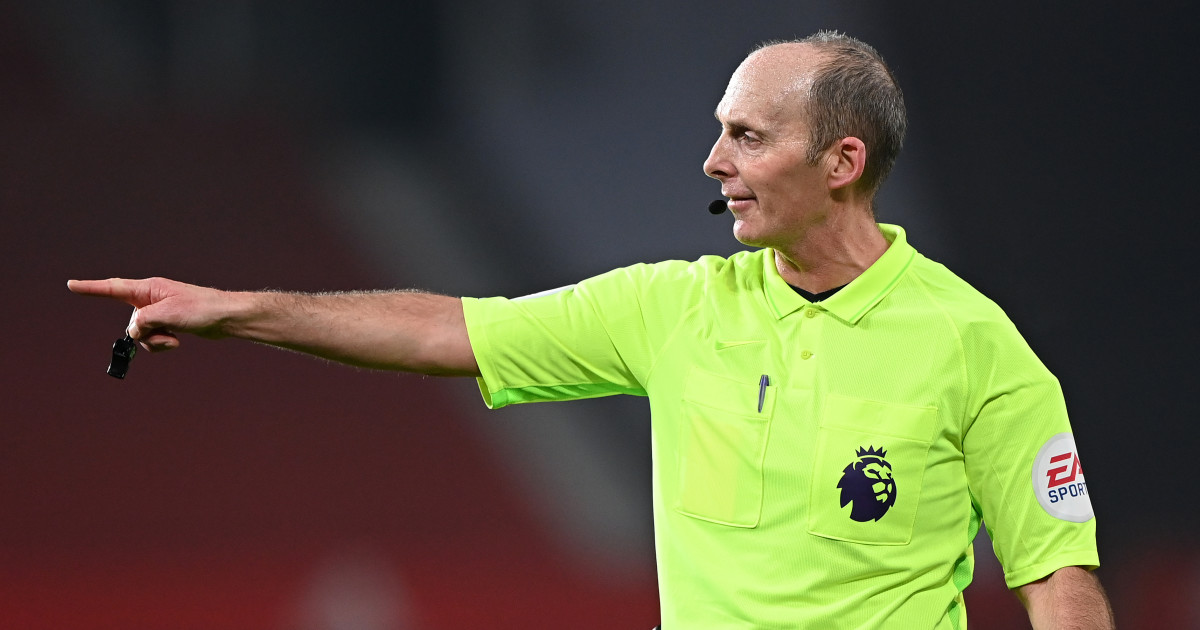 Sending people death threats makes you a prick. Surely we can all agree on that. But how did we come to this point?

So who’s this week’s prick then?
It’s a multi-layered prick this week, with the final prick really just an end point (steady) of a journey that has been going on for decades. This week’s prick is people who send death threats to referees because their football team done lost.

What have they done?
Mike Dean has had another week of being Mike Dean, with the upshot that he and his family are now receiving death threats and he’s been stood down from Premier League action this weekend. Think we can all agree that this is a step too far in the demonising of referees and officials.

People should not be sending anyone a death threat because they are displeased about their football team’s results. They should channel that anger into something far more productive, like a weekly column calling people pricks. While acknowledging the caveat that you can find any opinion you want on Twitter, it was notably not hard to find ones either in overt support of such bumhattery or, perhaps best/worst of all depending on the lens through which you view this hell-scape, starting with genuinely staggering stuff like ‘I’m not a fan of death threats but…’ An incredible twist on a classic, there.

But while this is all obviously and unambiguously sh*t, you do have to wonder how have we come to a point where it would even occur to someone to send death threats to a referee and his family?

Personal responsibility is definitely a thing and most people are capable of not resorting to sending death threats to referees and his family no matter how obviously wrong that penalty decision was, but you do still have to wonder what part the media have played in reaching this point. Aided and abetted by willing managers, grateful for any way to shift blame to an external source, coverage of refereeing and refereeing decisions has become wildly overblown. It has led directly to VAR and – whatever benefits it may ultimately have – VAR is currently a mess and has amplified rather than reduced the attention and focus on decisions.

Real talk. Refereeing decisions are very rarely the biggest factor in the result of a football match. They are almost never the sole, over-riding factor. For that to be the case you’re looking at something utterly decisive occurring so late in the game as to give little or no time for a reaction and being obviously, demonstratively and embarrassingly wrong. Something like the Pedro Mendes goal at Old Trafford would fit the bill, I suppose. Decisions from officials can and do influence the results of football matches because so does everything. But decisions – and mistakes – from players, manager or both are far more significant in almost all cases.

This is not to say referees are above criticism or that it has no place in analysis. Just that it should be proportionate and in good faith.

Endless analysis of refereeing decisions is still a staple of all football analysis. Now more than ever. Peter Walton is a TV celebrity, for crying out loud. We talked last week about Southampton being robbed by officiating error for the crucial seventh goal in a 9-0 win and how ridiculous that sounds – and, to prove just how all-pervading this media obsession with belittling officials is, we still managed to call Dean a prick in a piece ostensibly in support of refs.

We’ve got teams asking not to have specific referees they believe have wronged them in the past. Managers hiding behind perceived ref justice to avoid facing their own inadequacies. Media that too often values the entertainment of ref-bashing over the sport itself.

And in powder-keg 2021 Britain, that can be dangerous.

Any previous?
This, it should be pretty clear, is not a new phenomenon even if it does come with a particular 2020s online toxicity.

Mitigation?
There is no mitigation for sending death threats. There will be no ‘not a fan but’ here. Jolting gear change coming up… However, on the coverage and focus that helped lead us to this point, there is certainly a grain of truth in the observation that certain referees – and Dean is at the absolute forefront of this – have not, shall we say, shied away from the limelight and attention that the job brings and that they are not mere innocent bystanders to the ever-growing focus on officials.

So what happens next?
Hopefully a collective realisation that this week things have all got a bit too mad and that maybe everyone should just throttle back a bit. Probably not, though. My hopes – naïve and foolish as they now seem – that the myriad drawbacks of VAR’s mindless pursuit of an impossible goal of officiating perfection and the way it has lessened football as a spectacle might lead us away from ref-bashing and a greater acceptance of the odd mistake in exchange for a return to being able to celebrate goals properly again in a glorious utopian football future sadly seem as far away as ever.

Mourinho Corner
Lamenting Dele Alli’s slow return from injury and lack of match readiness after spending five months pointedly not picking him in any of Spurs’ 427 games this season is a solid bit of Jose-ing. After claiming to see ‘positive signs’ in the second half of a truly abysmal 1-0 home defeat to Chelsea, there was widespread disappointment for all Mourinho supporters when West Brom proved too dreadful to take advantage a few days later. Playing only one holding midfielder for that game suggests, rather worryingly, that Mourinho might be losing his nerve. Rushing back Harry Kane for West Brom at home in a now-doomed league campaign ahead of a midweek cup game also points to a degree of self-awareness and a realisation that at some point even lovelorn Daniel Levy might think about what to do next having finally got the hot manager he’d been crushing on for all those years and discovering it might not actually be all that.

Dishonourable Mentions
Jurgen Klopp is a magnificently bad loser and we kind of love him for it, but his “cold feet” excuse for Alisson’s bollock-dropping display against Man City was a wanton voyage into prickdom that cannot go unmentioned. Any time someone wheels out an excuse that you can easily imagine David Haye using after getting sparked out by some hefty Eastern European lad is by definition a bad excuse. Pep Guardiola’s continued failure to understand the Bernardo Silva/Benjamin Mendy problem is extremely tiresome. Burnley trying to pick a suspended player and then calling it “an administrative error” brings us nicely back to the more light-hearted side of prickery.

mike dean prick of the week