Home F365 Features Prick of the Week No. 26: Tardy Aubameyang and the fall-out 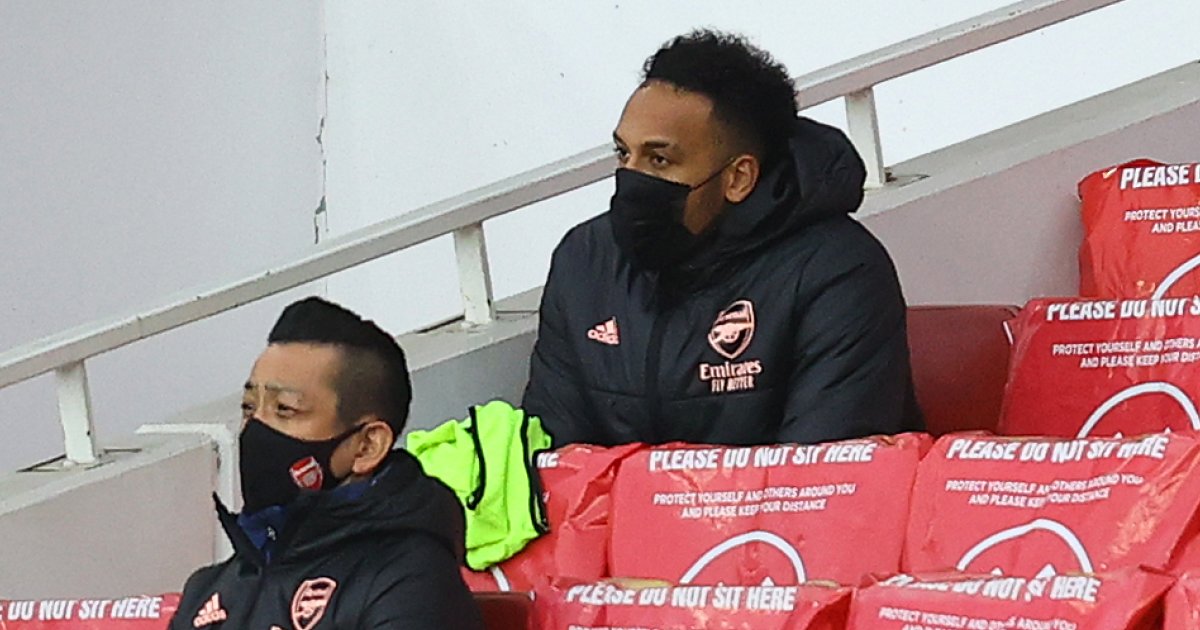 Being late (again) when you’ve been specifically told not to be late (again) is the work of a prick. Mainly, though, this week’s prick is a prick for kicking off a flurry of bad takes about his prickishness and forcing this column into a frankly unsustainable cake-and-eat-it hypocro-spiral.

So who’s this week’s prick then?
North Londen Derby-misser Pierre-Emerick Aubameyang, whose latest bout of tardiness left Mikel Arteta feeling he had no other option but to take action and dump him to the bench for a trivial unimportant match against… oh, yeah, that lot.

What’s he done?
Turned up late for the game and, by all accounts, not for the first time. Also by all accounts, the Arsenal squad have backed Arteta’s disciplinary action. The on-field evidence on Sunday certainly suggested support for the manager given Arsenal were absolutely excellent, most notably in the first half when any lingering resentment or ill-feeling would surely be most likely to have been present.

Let’s be clear. Being late, especially frequently as appears to be the case here, is a bit of a prick move. But that’s not really the problem. Getting your fancy sports car stuck in traffic is a thing that could happen to any millionaire footballer, despite some newspaper columnists seemingly believing that very fast cars are still very fast cars when faced with London traffic jams. In a traffic jam, your Ferrari is just another tin box on wheels. The only difference is that it undeniably looks very, very funny indeed in its reduced status.

If anyone is wondering why Aubameyang was disciplined for being late for the match today, this is him stuck in traffic at 12.04 in Muswell Hill! #ARSTOT pic.twitter.com/T3TlF1SX8f

But that’s not the real problem. The real prickery lies in the tidal wave of prickishness Auba’s (in)actions have unleashed. He’s a very lucky boy indeed that Arsenal still won, because if they’d lost we’d all be absolutely drowning in hot takes.

As it is, we’ve still got on the one side people mentioning how expensive the (admittedly very funny) flash motor in the traffic jam cost, carefully prodding the ‘all that money and he can’t even turn up on time’ demographic with reminders of his recently-bumped salary and all the rest of it.

And on the other side it’s encouraged Stan Collymore to have opinions about Arteta being an idiot for not having special Auba rules.

It’s also now forced us to try and tread the path of “This necessarily correct intervention from Arteta to nip Auba’s prickery in the bud has caused a related excess of additional prickery” while directly contributing to that excess prickery ourselves. We’ve tried to have our prick and eat it. Horrified by that thought? Of course you are. Blame Aubameyang. The prick.

Mitigation?
Traffic is traffic. We’ve all been there, admittedly in our more mundane vehicles. You can chrome-wrap your Ferrari all you like, it’s not going any quicker down a road clogged up with other cars. That said, we have to assume that Aubameyang’s route to the Emirates is not a uniquely busy one compared to everyone else at the club’s.

So what happens next?
Hopefully Aubameyang stops being late and Stan Collymore stops having takes. The first one is at least possible.

Mourinho Corner
Vintage. Doing what everyone else had told him to do had recently brought Spurs many goals and quite a few points. Great news, but does little for Jose because absolutely nobody thought it had anything to do with him. This won’t do. For the NLD, it was back to Joseball. It went spectacularly wrong. Of course, Mourinho being Mourinho, this meant a period of honest self-reflection, considering whether his own vanity and ideology might be working against his team’s best interests as the evidence mounts. Oh, no, wait, sorry. No, what he did was blame the referee for giving a really obvious penalty and then chucked a couple of likely suspects – Tanguy Ndombele and Gareth Bale on this occasion – directly under the wheels of his poorly parked bus.

“Defending bad, no intensity, no pressing. In terms of attacking football, some important players hiding. Really bad.” Mourinho then insisted he was not “pointing the finger at player A, B or C” but had no qualms about immediately putting the boot into Players G and T. “Gareth and Tanguy, we need more intensity in our game. We need to press more, be more intense in the game.”

It’s interesting that he still did this after trying some referee-based deflection and blame-shifting. Referee moans from managers – especially vaguely unhinged ones about perfectly good decisions like this – will always grind our gears here at POTW, but the one quasi-defence of them, especially after a performance as poor as Spurs’ was on Sunday, is that a clever manager can use such tactics to deflect blame and attention from his players. Not right, certainly not fair on the referees, but at least with a vaguely altruistic purpose that can be understood. Fergie was the master of this. Come out with some post-match nonsense after a bad performance, and suddenly your comments are the headline instead of your team’s shonky display.

Mourinho doesn’t do that, though. He has a go at the ref, and then still tees off on the players. Because, of course, Mourinho’s own brand of blame-shifting and arse-covering is never about the team and only ever designed to assist one very special person.

Dishonourable Mentions
Continuing the NLD theme, a word for that particular brand of Very Online Arsenal fan who decided to celebrate a hugely impressive derby win over their biggest rivals by donning the tinfoil and spending the next two days (and counting) complaining about the Great Kane Conspiracy because he did a foul and wasn’t immediately arrested and thrown in jail like Granit Xhaka or David Luiz would be. Also on the subject of myopic fans, Alan Smith’s joyless Sky co-commentary on Erik Lamela’s absurd opening goal and Jermaine Jenas’ one-eyed rant on Match of the Day. Also Erik Lamela. Heroic prickery. We’re tempted to say that game must surely represent peak Lamela, the great man finally reaching his final form, but that really reveals only the limits of our own imaginations and a shocking lack of faith in our clown prince of prickery.

Tearing ourselves away from north London if we must, Pep Guardiola giving Oleksandr Zinchenko a ticking off for mentioning the Quadruple was a bit much, and also revealingly counter-productive. It’s fine for Pep’s line to be “I don’t think about it, I don’t talk about it” but rigidly enforcing a “DON’T MENTION THE QUAD” policy on everyone else only reveals the opposite: of course you’re thinking about it, how on earth could you not be? He mentioned it once, but he thinks he got away with it.

Pierre-Emerick Aubameyang prick of the week