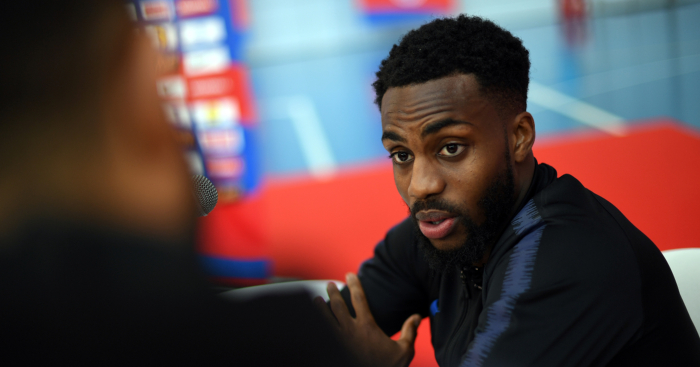 The Duke of Cambridge has praised Danny Rose for speaking publicly about being diagnosed with depression which was sparked by a lengthy injury lay-off and a death in the family.

Rose was sidelined for more than eight months from January last year with a severe knee complaint, during which time he said his uncle committed suicide among a series of personal incidents.

The 27-year-old Tottenham full-back sought medical treatment for his condition, and was on Thursday part of the England squad which met the Duke ahead of their friendly against Costa Rica at Elland Road.

A few minutes earlier, William was standing with FA chief executive Martin Glenn and chairman Greg Clarke when he told England manager Gareth Southgate he was in “early discussions about doing something next year around mental health”.

Paul Farmer, chief executive of mental health charity Mind, believes Rose could inspire others to open up on mental health issues, adding: “One in four people will experience a mental health problem so it should come as no surprise that professional sportspeople will face these issues too.

“Many people from the world of sport have already made a difference by speaking out.

“Mind research found that over a quarter (28 per cent) of people who know someone with a mental health problem said they had started a conversation with a loved one about their mental health as a direct result of reading or hearing about a celebrity’s experiences.

“A quarter (25 per cent) also said hearing a celebrity talk openly about their own mental health had directly inspired them to seek help for themselves and half (52 per cent) said it has helped them to feel like they weren’t alone.”

Rose said the treatment of a knee injury sustained in January 2017 was the start of his personal torment.

His uncle died by suicide, his mother was subjected to racist abuse in her home town of Doncaster and a gun was fired at his house, nearly shooting his brother in the face.

Mind says it is working with football authorities, including the Professional Footballers’ Association, to manage mental health issues in the sport.

Farmer added: “Footballers, in particular, experience a unique set of mental health pressures in their jobs from scoring goals and winning trophies, to facing media scrutiny, physical injury and meeting the high expectations of fans.

“It is therefore vital that footballers receive support from the sports sector to tackle the broader stigma around mental health in sport.

“Mind is working closely with key organisations in football like the English Football League and the Professional Footballers Association to embed long-term change in how the sector supports the mental health of players.”

Mind also called on anyone experiencing mental health issues to talk to a family member or friend, or see their GP.