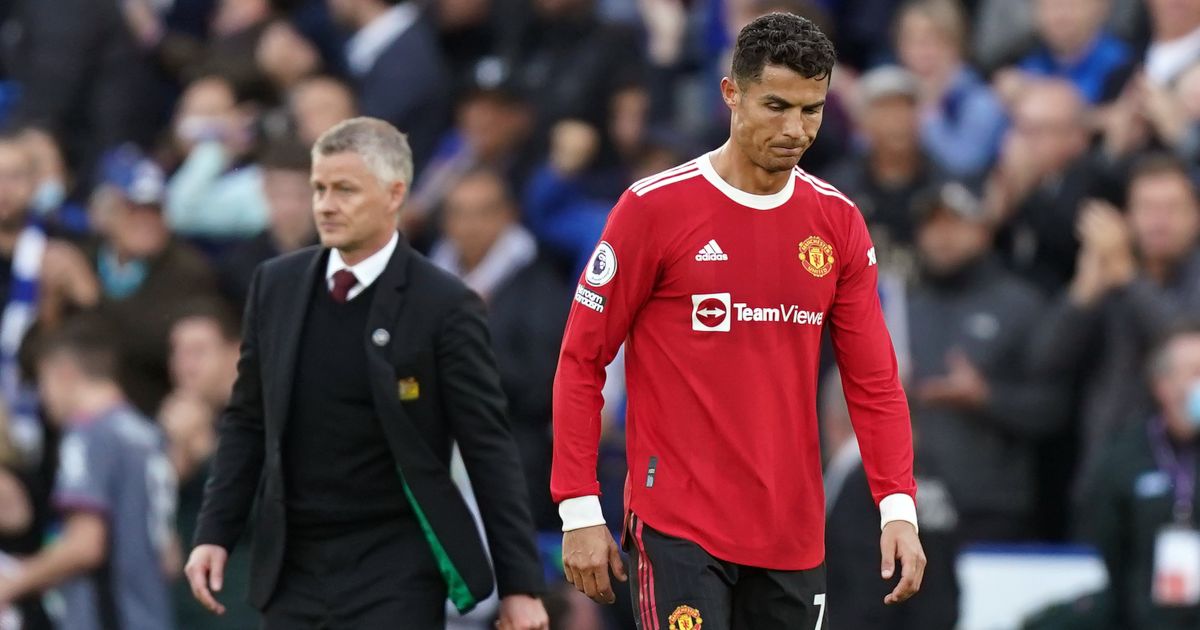 Get your views on Ole Gunnar Solskjaer, Thierry Henry vs Mo Salah or anything else to theeditor@football365.com…

Am I missing something?
Leicester’s league position doesn’t reflect where they will end up. Arsenal will go above them if they win tonight and that just shows how important the Foxes’ centre backs are.

They’ve got two of their most recognised stoppers back and lo and behold the cup winners put in a performance like that.

That was also United’s first away defeat in forever so maybe, just maybe, that was a case of Leicester returning to form and United having a bad day at the office?

No-one in this league should expect to beat Leicester at their home ground – they’re a very good team.
Graham Simons, Gooner looking forward to return of the king tonight, Norf London

Our biggest saleable asset, Paul Pogba…shortly will be signing on for free somewhere across the continent. Missed between 50 – 80 million

Jesse Lingard, stopped from leaving, allowing him to run down his contract, plays in the most competitive area of the team, doesn’t get game time…hmmm…Loss 15 – 20 million

Juan Mata, given a new 2 year contract, and er…well he’s a top bloke. 62 cup minutes so far this year. 861 minutes in total last year, which on his annual salary would have cost Utd just under 10k a minute. Total Cost 16.5 million

Ole has his new contract, 3rd highest paid manager in the league. Total cost 30 million (estimated cost of paying him off if he’s sacked by January 25 million+)

Mick Phelan new deal…could be worth it…not actually sure what he does. Couldn’t find anyone interested enough to publish the value of his contract.

Last and definitely not least…Ronaldo, million a week to sprinkle glitter on the proverbial turd! Total cost 100 million + and likely someone’s job!

Ole will never be good enough
The truth is for the past three to four years post Ferguson… Manchester United have had some bang average to ridiculous players. So Ole came in brought a feel good factor/energy and managed our expectations. It was the story of a very average manager managing a group of very average players. We the fans adjusted our expectations accordingly.Now the story is different, we have some world class talents in almost every area of the pitch bar midfield… Fred is actually a Brazil international though… but we still have that average manager.

The floor has been raised… the ceiling is still as low as it was… and the fans are trying hard to get comfortable with football which is not going to happen because expectations are higher.

I am sorry but Ole will never mount a serious title challenge even if we the best players in every department. After all,  the puppet is only as good as the puppet master. No system, No spine to make difficult decisions, just a man feeling lucky.

I wish Ole well though I know this team will never win anything with him at the helm… But come Tuesday… We go GGMU!!!

Gian Piero Gasperini will do a great job if we ever decide to play the Manchester United way.
An exasperated fan from Nigeria.

Conte – Man United? Surely a sustained title challenge is the minimum a club like ManU should be aiming for. And with the up and coming Saudi FC entering the fray (assuming they don’t get relegated first), it behooves ManU’s board to ensure they are at the table competing for honours before places become even harder to come by. Despite the obvious flaws in the balance of ManU’s squad, surely anyone can see that, as far as managers, there are better, and more proven options than Ole available. Procrastinating could end up costing the club, as any Arsenal fan could tell you.
Rob, AFC

‘What if’ moments in football…
Being a United fan isn’t any fun this week, so I’m gonna open up the Mailbox to a hopefully more interesting topic than #OleOut.

Spent more time than I should during lockdown on various streaming services and a recent Marvel TV show had me turning my thoughts to some of the bigger “What If…” moments in football.

How different would the landscape be if certain things had happened (or not happened).

Some of the more interesting ones I could come up with – while also staying in the realms of reasonable possibility.

1. What if Roy Keane had played at the 2002 World Cup…
2. What if Sir Alex had never retired in 2013 / What if Sir Alex did retire in 2002 / What if Sir Alex hadn’t won the 1990 FA Cup and was sacked…
3. What if Robert Lewandowski / Zinedine Zidane signed for Blackburn…
4. What if the original Ronaldo had two working knees…
5. What if John Terry hadn’t slipped… (good God!)
6. What if Zlatan did auditions… (Or Arsenal signed any one of 1,000 players they ‘could have signed’)
7. What if Alan Shearer signed for Manchester United in 1996…
8. What if Steven Gerrard had signed for Chelsea…
9. What if that Bosman chap hadn’t won his court case… (would player power be what it is?)
10. What if Ireland had decided to try and play actual football 10-15 years ago when we had an XI full of Premiership players and not Championship ones…

Fairly biased there now, but some interesting thoughts. I’m sure the Mailbox can come up with some better ones!
James, MUFC

18 Conclusions
A quiet weekend meant I was able to catch a bit more football than normal, so my headline (as I cant be arsed to write more) for each team is as follows:

With Salah in the form he is in now – anything is possible for Liverpool.

Manchester United are starting to look clueless and Ole will not be able to turn that around – sadly he does need to go.

Brentford really are a handful and most teams wont relish playing them.

Spurs are looking more Spursy by the minute. The ultimate Jeckyl and Hyde team.

Newcastle fans deserve what they have on the pitch right now. Classless and deliberately ignoring the horrors of their new owners is unforgiveable.

Chelsea are about as resilient as any team in the league – possibly overall the best?

Man City are becoming a bit meh! Pretty football yes, but seen it time and time before. Still feel the lack of a striker will see them ending up with the bronze medal.

Norwich don’t look as if they want to actually win a game of football.

Potter is a class manager Brighton are lucky to have him. Starting to become a lot of fans ‘second team’.

Moyes continues to surprise everyone but fair play to him, he has built a really impressive team with a good mix of physicality and skill.

Everton will do ok with Benitez but still feel his lack of adventurous spirit will end up being an anathema to Everton fans.

Leeds are slap bang in the middle of second season syndrome. Need simply to survive this one and regroup next year.

When Leicester are on fire they are truly a scary team.

Wolves are slowly but surely getting their mojo back and the longer the season goes on the better they will get.

A Grealish less Villa are the perfect definition of a mid table team.

Ranieri will be sacked before the end of the season with Watford in the drop zone.

Burnley really are the team no one (apart from Burnley fans) would pay money to watch.

Yes, Henry was better than Salah
In response to Mike LFC London, I will declare my bias immediately – I am an Arsenal fan.

However, I will put Henry up against anyone in PL (or recent history) in terms of number of goals scored, how he scored them, number of assists and the sheer level of consistency over a longer period.

Henry was at Arsenal for 8 year, Salah has only done half that time. Also, the sheer range of different goals Henry has scored (chips, drives, flicks, solo runs I could go on) marks him out from anyone else. Salah is a good creator and brilliant with the ball at his feet but he simply doesn’t have the same level of genius or creativity as Henry does.

He may become second though if he stays for a few more years
Tom (now I’m depressed, back to the Henry youtube collections), Gooner up North

The slim pickings of tasteful discourse
Since the takeover of Newcastle, I propose that the phrase “managerial chopping block” no longer be used without extreme caution.

That is all.
Thom, Bristol-based Spur

16 Conclusions
Hi, seeing a 16 conclusions piece about Newcastle-Spurs will take some time to get used to.

How to stop players feigning injury…
This weekend we have seen two incidents of players falling out because the other team didn’t kick the ball out to allow treatment and in the west ham game we seen the referee not stopping the game even though the there was a head injury. My idea is that similar to rugby the medical team can come on without the referees say so and the game plays togn around them. The player getting treatment becomes inactive so won’t effect offsides etc. If the referee feels the game needs to be stopped then he/she can do so. My hope that this would lead to less players feigning injury as they know the game won’t be stopped unnecessarily. I’d expect players will still adapt and learn to cheat another way another way such as just pretending they have a head injury and I’m sure there are other issues I haven’t considered but it’s just a thought.Sam, NewtownabbeyAll international breaks in one month?
A question from my dissertation centres on why can’t fifa put together all of the international breaks during the league season into a month of non-stop int’l football during the league season?, I noticed this short breaks do more harm than good to clubs, and people might disagree but it’s definitely a win-win for everyone and i’d love to hear the marvelous opinions coming out the mailbox on this.
Asayinka, Lagos, Nigeria