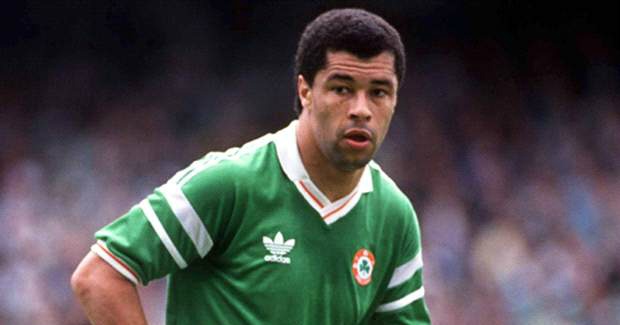 On November 5, 1989, Paul McGrath played 90 minutes for Aston Villa in a 6-2 league win over Everton. The game was unusual for McGrath in that the central defender played with sweatbands on both wrists.

Few of the 17,637 in Villa Park would have noticed McGrath’s sartorial tweak. Nor too Robert Millward of the Birmingham Mail. ‘Aston Villa produced their own box of fireworks to set Villa Park alight with thoughts of another League championship,’ the Birmingham Post reporter wrote.

In fact, those sweatbands were covering up a series of cuts on McGrath’s wrists, caused by a Stanley knife a few days earlier. “I was in trouble with the club,” McGrath says. “I’m drunk and ashamed, on the edge of my bed, and reaching for the knife. I remember the blood pouring across the floor and the screaming of the nanny looking after our boys.”

Football has a significant problem with the treatment of its players. The ability to kick a ball in a pleasing manner is mistaken for a skin thick enough to protect you from depression and addiction. Most supporters don’t care what occurs in a player’s private life, but woe betide them if it impacts on their ability to perform. So goes the repeated mantra of the comments section: ‘They’ve got so much money, how can they be depressed?’ A reminder, as if it should be needed – mental stability cannot be bought. Players are not robots.

McGrath was a superb footballer, but that should not be his lasting legacy. Instead he is an emphatic reminder of the frailty of sportspeople. Mental illness does not pick and choose its victim according to pre-set criteria; it is an indeterminate beast.

There is no greater tribute to McGrath’s excellence than that his battles with addiction never became apparent to supporters of Manchester United, Aston Villa or Ireland. Yet even that compliment is soaked in pathos. His ability to hide his problems only caused them to fester untreated.

McGrath was a supreme defender. His grace and style made him look out of place, a Premier League-style ball-player in the blood and thunder of the First Division. His ability to read the game allowed him to avoid the physicality and aggression many of his peers relied upon. McGrath’s elegance made him extremely popular among his own supporters, but also opposition players and supporters. He was the footballer’s defender, the perfect antidote to the grit and gruel of English football’s 1980s.

Signing his first professional deal aged 21 at St Patrick’s Athletic in Dublin, a year later McGrath had signed for United and started at Old Trafford in England’s top flight. Perhaps this rapid rise helped to sculpt his addiction. The gentle, quiet Irishman was never comfortable with the trappings of fame.

Having flourished under Ron Atkinson at Old Trafford, winning the FA Cup in 1985 and gaining popularity with supporters, McGrath was eventually shifted out of the club by Alex Ferguson, who had doubts about his persistent knee injuries. The Scot was also trying to break up the club’s drinking culture. By that stage, it had become a way of life for McGrath.

“He was an exceptionally skilful and stylish defender, with marvellous innate athleticism,” Ferguson says. “A man whose abilities stood comparison with those of any central defender in the game.”

If McGrath was appreciated at Old Trafford, he was revered at Villa Park, winning PFA Player of the Year in 1993 and lifting the League Cup twice. Despite his knee problems and personal issues making training between games almost a non-entity, McGrath played 252 times for Villa. His name is still sung.

The summer of 1994 brought McGrath’s most memorable individual performance. With injections to counter the effects of a shoulder injury, the defender could hardly move his upper body as he took to the field in the Giants Stadium in East Rutherford, New Jersey. By the end of the match McGrath had established himself as a national hero in Ireland, shackling Roberto Baggio to ensure a famous clean sheet and World Cup victory.

“For him the word big is appropriate,” Roy Keane recalls. “Known for his poise, his ability on the ball and his unique gift for reading the game, Paul displayed these qualities on that day. One other huge asset was his courage. When the Italians did get sight of the goal, Paul presented a final, insurmountable obstacle.”

While Jack Charlton compares McGrath to Bobby Moore, it is Andy Townsend’s description of his international team mate which most strikes a chord: “Not only was Paul a hero to the Irish nation, he was a hero to every single one of us who played with him on the Ireland team.” McGrath ended his career as Ireland’s most-capped player, and its first black captain.

A glorious on-field reputation forged, McGrath was increasingly operating on the most turbulent of stages, his life becoming broken by addiction. His incredible autobiography, Back from the Brink, remains one of the finest in its genre. It is a tale of a war against his demons, battles lost more often than they were won. This is less a description of a footballer’s life, but the tragic story of a man’s descent into the abyss.

Thankfully, addiction is no longer seen as a failure of character or moral reprehensibility. Instead many use the term ‘disease’. Categorising it as requiring medical treatment is a positive step, moving it under the remit of healthcare. 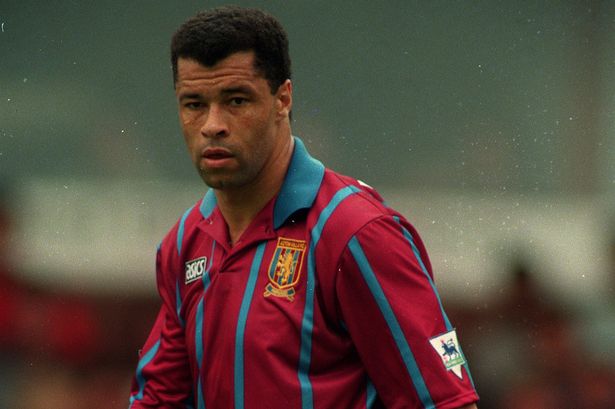 Yet even ‘disease’ does not sit comfortably. That suggests two things which may not be appropriate. Firstly that treatment is required for remedy, and secondly that treatment will help. Neither are universal truths.

Instead, we should see addiction as a transformation or alteration of the brain. The brain is built to learn behaviour, and changes over time to suit. It is is self-organising, meaning that it develops to accept repetitive behaviour.

This dictates that addiction affects individuals in vastly different ways, roughly according to three factors: development, environment and genetics. It is his here where nurture and nature combined in McGrath to such devastating consequence. He was rendered helpless against alcohol’s grasp.

McGrath’s upbringing was difficult, raised in care homes and orphanages after his mother was forced to give him up at just a few days old. The embarrassment of being a single mother of a multi-racial child in 1950s Ireland persuaded her to leave her family and head for London. Raised in Ireland, McGrath’s early childhood was filled with uncertainty, not love.

As a result McGrath was painfully shy, and puts his initial dependency on alcohol down to that fact. “I was very shy and I needed Dutch courage to help me actually go to parties,” he explained. “I would carry on drinking at the party, so I was always ahead of everyone else. I did it because I lacked confidence and had low self-esteem, maybe because I grew up in an orphanage and also because I felt different as a black fella in Dublin in the 60s, because there weren’t many of us around. The drinking seemed to ease the pressures that I felt.”

In terms of environment, McGrath has the perfect ground for this evil to breed. English football culture in the 1980s was intrinsically linked to alcohol. United’s squad had one of the most notorious in the country, but it was replicated at Liverpool, Everton and Nottingham Forest. Add in the long spells on the sidelines through his knee injuries, and an unfortunate cocktail had been made; almost literally.

“The problem was that myself and Norman Whiteside would be injured for such a length of time,” McGrath recalls. “We’d be in the gym or in the treatment room watching the other lads play and for us it was a case of, “What shall we be doing this afternoon?” Obviously, we could have been laid up in bed recuperating. But we would sort of look at each other and the conversation would develop along the lines of, “No, we can’t. We can’t. We can’t, can we? Ah, go on. Let’s go for one or two.””

The final nail in (mercifully not literal) coffin was McGrath’s own addictive personality, genetics playing a role in his decline. He admits to drinking to excess the first time he tasted alcohol aged 18. “The minute I did it for the first time I felt comfortable,” he says. “I knew then that I had a problem.” That admission hangs in the air.

The anecdotes regarding McGrath’s addiction are numerous and distressing, so we can be satisfied with just one. In an interview with the Guardian in 2006, McGrath recalls filling a pint glass with Domestos. “I drank it in one and went upstairs and waited – for oblivion or death.”

In such extreme circumstances, addiction does not just break the individual, but every personal connection they have formed. McGrath has tried to commit suicide on four occasions, been divorced twice and regularly had to rebuild relationships with his children. “Nothing else matters, even your kids,” he mourned in 2011. He will never be fully recovered. Addiction never quite leaves you.

As the mind wanders, it’s impossible not to think how good McGrath could have been with perfect knees. Yet that pales into the realms of meaningless when you consider his alcohol dependency. His brilliant form for United, Villa and Ireland is the wonderful silver lining to a dark cloud of addiction.

There is a sad irony to McGrath’s lasting reputation. He will forever be known as ‘God’ at Villa Park, but his struggles with mental illness prove him to be as mortal as you or I. No amount of talent, money or fame could change that. If anything, it only made the fall more drawn out and the landing more painful.