Project Big Picture is the killer blow to a game which was wounded in 1992. RIP our game. 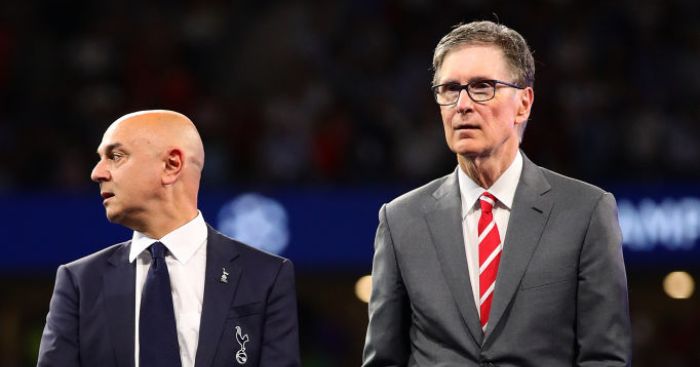 All they had to do was the right thing – bail out the EFL clubs in need and reset some of the inequality of the Premier League’s 1992 inception.

Premier League HQ offered £50million and Man Utd’s Joel Glazer and Liverpool’s John W Henry have now suggested a £250million sh*t sandwich that comes with an abominable power grab. Guardian cartoonist David Squires called Glazer and Henry ‘venture scorpions’, the pair ready to add the sting with the game on its back. We called them pricks.

Fans have been saying “the game’s gone” for years in this free-market f***-fest that has swamped a simple game played on a hundred-yard pitch. but it feels like we have finally reached that moment when the game really has gone.

Project big-small print – as Squires has named it – will probably go through in one way or another, EFL chairmen eyeing the pay-out like a hungover man eyes a bacon sandwich that’s been dropped on the floor, choosing short-term fulfilment in the equivalent of football’s five-second rule and forgetting the potential health implications. They did it with the Elite Player Performance Plan too, pushed through by the Premier League in a move that now-Crystal Palace chairman Steve Parish called “letting lions into a petting zoo” via “veiled threats of money being taken away” with rich clubs taking homegrown talent from EFL clubs for peanuts, leaving lower-league outfits shorn of the ability to sell a player a season to balance the books.

The fans, as always, will take a back seat, like the cardboard cut-outs sitting in shuttered stadia. Locked out of grounds and locked out of the decision-making process. It is them that will have to live with the effects of effectively handing the Big Six carte(l) blanche to make whatever decisions they see fit.

The Football Supporters Association, reduced to bit-part players in recent years, at least had the gumption to spell out the dangers of Liverpool and Manchester United’s “sugar coated cyanide pill”.

“As six clubs can set the rules, who could stop them ending relegation from the Premier League and creating a franchise system like they have in US sports? No one. Who could stop them from rewriting the rules in a few years so that the top six keep all the media money? No one. Who could stop them cutting funding entirely to the EFL or grassroots football? No one,” said the FSA succinctly. But they missed out the ultimate potential betrayal of the Big Six exiting the Premier League entirely for a Euro Super League, leaving the EFL and football pyramid and the so-called unified TV deal out on its arse.

Whatever the case, the damage was done in 1992 with the creation of the Premier League and what David Conn calls a ‘profound historic mistake’. The FA, formed in 1863, but only now finding its balls and threatening to use its ‘Golden Share’, was up to its neck in it in ’92, proposing and then losing control of the Premier League project while chasing ‘the affluent middle-class consumer in his or her pursuits and aspirations’.

For the Big Six – or shall we call them the Terrible Two? –  enough will never be enough; they are corporate monsters who can’t quite see the irony in being part of an organisation that corrals all the wealth, talent and media interest and then claims that clubs lower down are unsustainable and need saving. Whatever comes next, Liverpool and Manchester United – clubs that supporters from across the land have revered – will never be seen in the same light again. The scent of greed lingers like a hundred fags; it will linger whatever shape this game emerges in and it will remain if and when Liverpool and United take to the perfume-masked stands of the Parc Des Princes for European nights with the rest of the game in serfdom.

The Germans are laughing at the mess of English football and this cheap little multi-million pound bail-out. They had the wherewithal to institute 50+1 fan ownership, meaning any rescue for the game has to come through the collective rather than the threat of the scorpion’s tail.

All they had to do was the right thing. English football has suffered soul death at the hands of people that should have been nowhere near. And they say the soul is the last thing to leave the body.