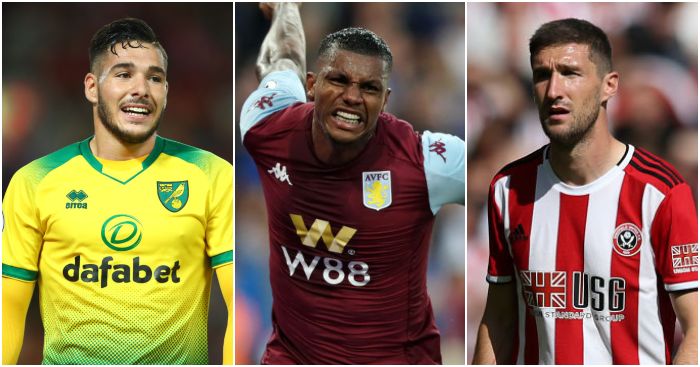 If a chain is only as strong as its weakest link, and a professional sports league is only as strong as its worst team, 2018/19 was a disaster for the Premier League. While Manchester City and Liverpool pushed each other to the edge in pursuit of the title, Huddersfield Town recorded the third lowest points total in the competition’s history. The gap between the haves and have-nots – money, resources, points – had never been greater.

It wasn’t just Huddersfield, either. Fulham’s record of 26 points and a goal difference of -47 was the worst performance of any team finishing second bottom since three points for a win were introduced in 1980. Between them Huddersfield, Fulham and Cardiff City managed 76 league points, the lowest cumulative points total recorded by the bottom three in Premier League history. In 1996/97 and 2010/11, the bottom three took 113 and 111 points respectively.

That matters. There is a strong argument that the true strength of a league – at least in terms of its competition – lies in the quality of its lowest-performing clubs. If they are cut adrift, those above know that there is less jeopardy and can coast from the turn of the year onwards, eroding all intrigue.

That’s particularly true given the establishment of a top-six cabal: With certainty towards both ends of the division, a mid-table mush is created. The ability of the lesser clubs to successfully compete – which we can loosely define as ‘play with a fair chance of a reasonably close contest’ – with as many clubs above them as possible therefore defines the competitiveness of the division as a whole.

Manchester City and Liverpool are again likely to form a runaway top two having won 85% of their league matches against the other 18 clubs last season; no evidence suggests any change is likely. But below them, is the gap still widening or might it tighten up? And if so, why?

Much depends on the performance and mindset of the clubs promoted from the Championship, the perennial preseason favourites for relegation. Start badly, and the league can quickly lose its competitive edge. Cardiff and Fulham took 13 points from their first 24 combined matches last season. Wolves offered a good news story, but one of three performing well is not enough – particularly given Huddersfield’s predictable second season slump.

Before we continue, an acknowledgement: two of the three promoted clubs currently occupy positions 18 and 19 in the Premier League, which may make talking up their strength appear misplaced. But this has been a highly unusual start to the season. Last season, third and 19th were separated by 11 points after four matches; this season the gap is just five. Twelve clubs are currently separated by two points. That cluster includes all three promoted teams and four of last season’s top seven. The Premier League no longer does equality or meritocracy, but there are signs of competitive life.

What is most interesting about Aston Villa, Norwich City and Sheffield United is the manner in which they have approached their league fixtures. All three have looked to play on the front foot and have scored goals regularly. Even including Wolves, last season’s three promoted clubs averaged 0.9 goals per game and none of them ranked in the top 12 for shots on target. So far this season, the promoted clubs are averaging 1.3 goals per game and Aston Villa and Norwich both rank in the top half for shots on target.

It’s a small sample size, of course, but then that actually strengthens the case. In 12 combined league games this season, the promoted clubs have already played against last season’s top four on four occasions. They have scored more goals and had more shots on target than we might reasonably have expected despite tougher-than-average opposition.

The manner in which weaker/promoted clubs approach those matches against the stronger clubs can help to define the gap between the best and the rest. Last season, Fulham and Cardiff only took three points from a possible 72 against the top six (Cardiff’s 2-0 victory at Old Trafford), and scored 14 goals in those 24 games. These were not competitive matches but tedious walks in the park.

Again, this season’s small sample size suggests different: Six goals in four matches by promoted clubs against last season’s top four. If Aston Villa can attack Tottenham and take the lead on the opening weekend, Norwich can have five shots on target at Anfield and Sheffield United can come from two goals down at Stamford Bridge, it sets the tone for the rest of the bottom half.

Even if the gap is partly shrinking thanks to the flaws of the clubs who finished third to sixth last season, this does feel like a particularly intriguing crop of promoted clubs. Sheffield United have the tactical innovation of Chris Wilder and have kept a settled, older team (only two outfielders under 25 have started a league game). Norwich mix patient possession with attacking dynamism and Daniel Farke has put faith in youth (of the six outfielders with the most minutes for Norwich this season, five are aged 22 or younger). Aston Villa have relied upon the more traditional model of investing heavily in their playing staff following promotion, but they and Sheffield United have local boys made good as managers.

That strategic and tactical diversity and attacking endeavour should be lauded for as long as it lasts, because it really does set an example to the rest of the division. Anyone can beat anyone? No. Anyone can compete with almost anyone? Perhaps. Anyone can give anyone something to think about? Certainly. And that’s enough to keep things interesting.