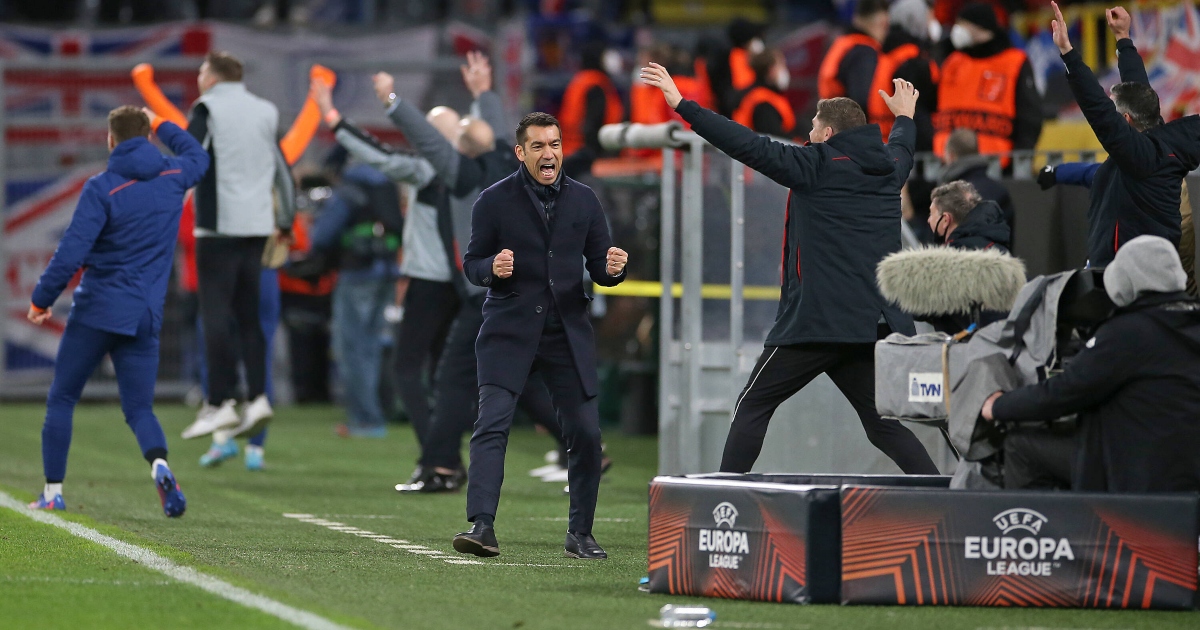 Rangers boss Giovanni van Bronckhorst declared his pride after his side produced a stunning 4-2 Europa League win over Borussia Dortmund.

In an incredible knockout round play-off encounter at Signal Iduna Park, the Scottish champions raced into a two-goal interval lead through a VAR-awarded penalty from Gers captain James Tavernier and an Alfredo Morelos tap-in.

Barcelona look worryingly at home in the Europa League

Light Blues midfielder John Lundstram curled in a wonderful third after 49 minutes, only for Dortmund’s teenage England midfielder Jude Bellingham to reduce the deficit a minute later with a similar counter.

A Morelos strike was then inadvertently helped into the net by home defender Dan-Axel Zagadou – who had earlier handled for the penalty – before Raphael Guerreiro’s 82nd-minute effort pulled the German giants closer again.

Van Bronckhorst said: “It is a very good result for us against a quality team in Europe.

“We wanted to take a result back with us to Glasgow to get a good game next week and I think we achieved that with a two-goal difference.

“I am really proud of the performance of the players today, but we also know we are only halfway and still one game to be played, but to come here and score four away goals in Europe is a very good achievement.

“It is a great night but only a great night. We are not through to the next round, which is what we want. We know we have to have a good performance next week as well.

“But we worked hard for the win and deserved it, so I am more than happy with the result and the performance.”

Despite pulling off an upset in Dortmund, Tavernier also warned against making too many assumptions about the second leg in Govan next Thursday night.

He said: “We got the result we wanted to take back home, but it is only halfway through.

“There is a lot of positives to take from this game. I thought the boys were exceptional.

“Every man, even the substitutes who came on, everyone did a fantastic job and, like I say, it is only halfway.

“We have a lot of work to do next week, but we put ourselves in a really good position.”

On his penalty, eventually awarded after his corner was handled by Zagadou, the Light Blues full-back said: “It was the wait for the VAR. I didn’t see the handball, but when the ref blows you know something is going to happen

“That’s the benefit of having VAR. There was also a bit of a wait before the whistle went (to take the penalty), but I was calm when I took it and happy to give the boys the lead and something to build on.”