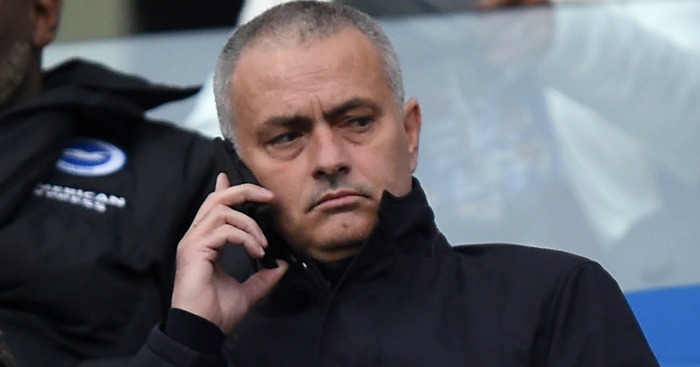 Manchester United manager Jose Mourinho has been approached by Paris Saint-Germain, according to reports.

Mourinho has been appointed successor to struggling United boss Louis van Gaal in each of the past six months, with the Portuguese manager looking for his first club since being sacked by Chelsea in December.

The 53-year-old has been tentatively linked with returns to Real Madrid and Inter Milan during his respite from management, but perennial Ligue Un champions PSG seem the most likely suitors if a move to Old Trafford does not materialise.

According to Sky Sports, the French club have made an approach for Mourinho’s services after growing ‘frustrated’ at Laurent Blanc’s failure to push the club forward in Europe. Andy Burton writes:

‘PSG chairman Nasser Al-Khelaifi is understood to have instigated the approach to Mourinho – via his agent Jorge Mendes – immediately after PSG’s Champions League exit at the hands of Manchester City last week, having grown frustrated at the club’s lack of progress in Europe under Laurent Blanc.’

Sky go on to report that Mourinho considers PSG ‘a credible choice’ for his return to management, but that he is looking to wait until the end of the season to ‘monitor developments’ at Manchester United.

Sky Sports News HQ understands Mourinho’s preference is to wait until the end of the season and monitor any developments at Manchester United, although he does consider PSG a credible choice for his return to management and is considering his options. Burton adds:

‘PSG’s approach to Mourinho will not go unnoticed among the Manchester United hierarchy, who will review Louis van Gaal’s position at the end of the season. United currently sit four points off the top four in the Premier League with five games remaining, but could still win the FA Cup.’