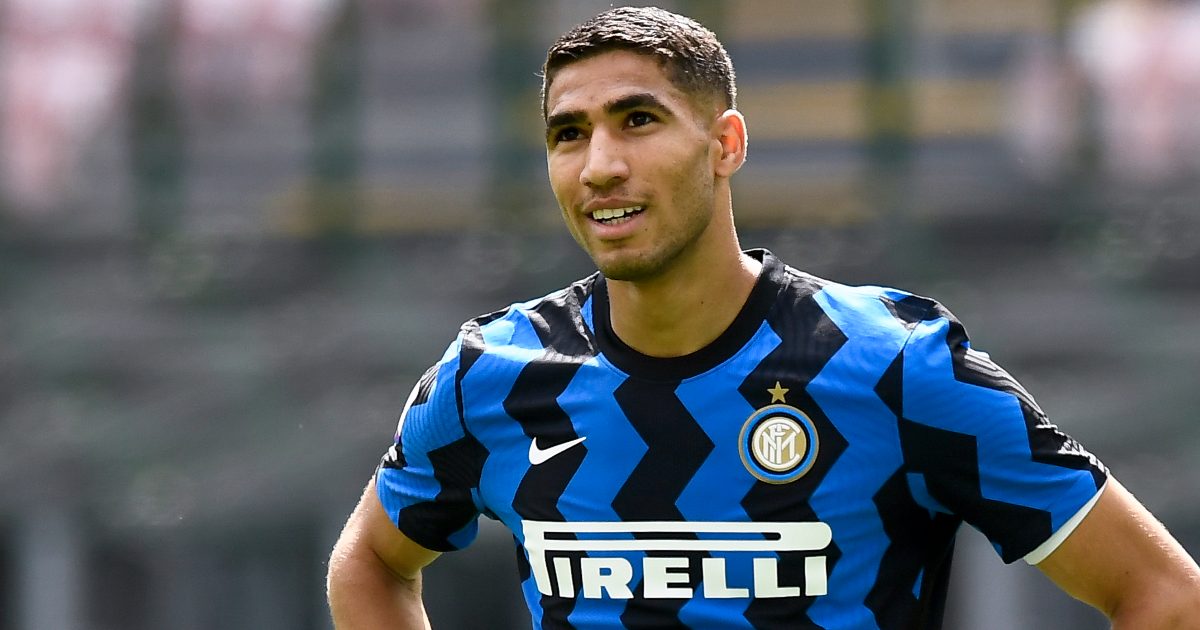 PSG have signed Inter Milan full-back Achraf Hakimi for a fee of around £60.9m. He was linked with Chelsea earlier in the transfer window.

The French side have announced the 22-year-old former Real Madrid youth player has signed a five-year contract at the Parc des Princes following reports the clubs had agreed a £60.9million fee.

The deal is expected to be followed by the signing of former Real Madrid captain Sergio Ramos on a free transfer and Italy goalkeeper Gianluigi Donnarumma from AC Milan.

Hakimi, who has 36 Morocco caps, came through the ranks at Real Madrid and broke into the first team in 2017 before spending two seasons on loan at Borussia Dortmund.

He then moved to Inter last year and made 37 league appearances, scoring seven goals, in their title-winning Serie A campaign.

Hakimi said he viewed Ligue 1 PSG as “one the most prestigious clubs in the world”.

He added on the club’s website: “I share the same big ambitions as the coaching staff and my team-mates and will do everything I can to deliver what is expected of me.”

Chairman and CEO Nasser Al-Khelaifi said: “This calibre of signing shows the level of our ambitions. We continue to build something very special.

“Achraf may only be 22 years old (but) has already established himself as one of the most talented full-backs in world football. These are the standards we set at the club.”