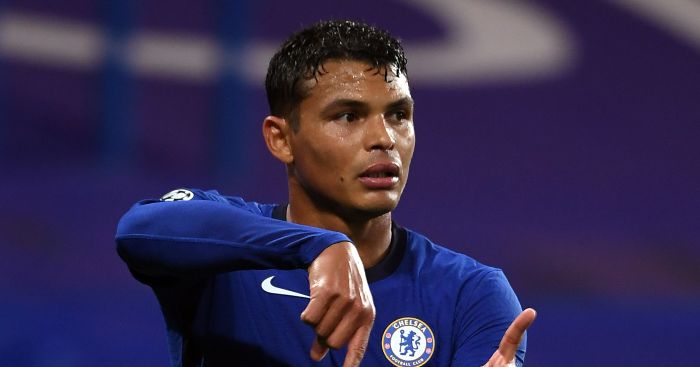 PSG director Leonardo believes that the club could have made a mistake by letting Thiago Silva leave to join Chelsea this summer.

The Brazillian centre-back has been one of the world’s best defenders for the past ten years. He first caught the eye in Europe playing for AC Milan between 2009 and 2012.

His performances for the Italian side led to interest from big-spenders PSG. The French side secured the signing of Silva in July 2012 for a fee worth around €42m.

F365 Features: Alisson tied with Kepa as keepers ranked by save percentage

Silva has gone onto make over 300 appearances for PSG in his eight years at the club. The defender has also been capped 91 times for Brazil since he made his full debut in 2008.

He was out of contract with the French side in the summer, and his final appearance for them came in the Champions League Final against Bayern Munich.

In August he put pen-to-paper to sign for Chelsea on a one year deal, with an option of a further year.

Silva has made eight appearances already for Frank Lampard’s side this season. He has impressed many onlookers with the experience he has offered the Blues in his short time at the club so far.

Leonardo told Get French Football News that PSG may have made a mistake letting Silva depart for Chelsea:

“At one moment, we have to say ‘what are we going to do.’ We spoke clearly with them, it was a moment where we could not give them exactly what they wanted.

“It was a financial and generational problem. It was the moment to count on Marquinhos and Kimpembe. The decisions were difficult to take. Aside from that, we could have made a mistake.”