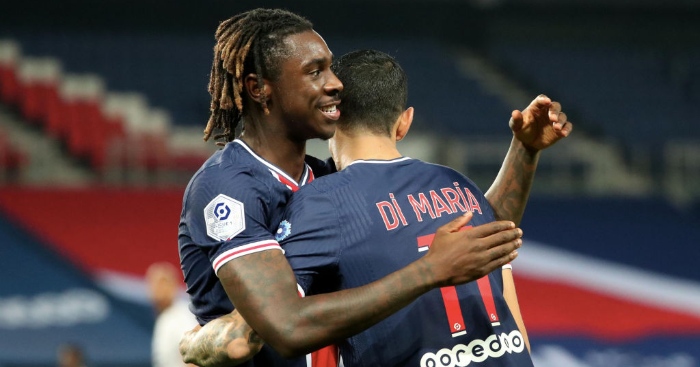 PSG are keen to make Moise Kean’s loan deal from Everton permanent next summer, according to reports in France.

The Italian forward became a regular for Juventus during the 2018/19 campaign. He netted seven times for them that season from his 17 outings in all competitions.

During that summer, Everton swooped to sign him for a fee of around €27.5m plus add-ons. He struggled to adapt to life playing in the Premier League, however.

He only managed to score twice for the Toffees from his 33 outings in all competitions last season. After scoring twice in the EFL Cup this season, he was sent out on loan to PSG for the remainder of the campaign.

Kean has hit the ground running for PSG, scoring five times from seven in all competitions. This includes two in the Champions League, that both came against Istanbul Basaksehir.

It is understandable after the start he has made that the French side want to make the deal permanent. The loan does not include an option to buy, so Everton have the authority when the club’s come to negotiate.

The report adds that a meeting is already set up between Araujo and Everton Director, Marcel Brands. The Toffees will be looking to recoup as much of the €27.5m they spent in 2019 should they sell Kean this summer.