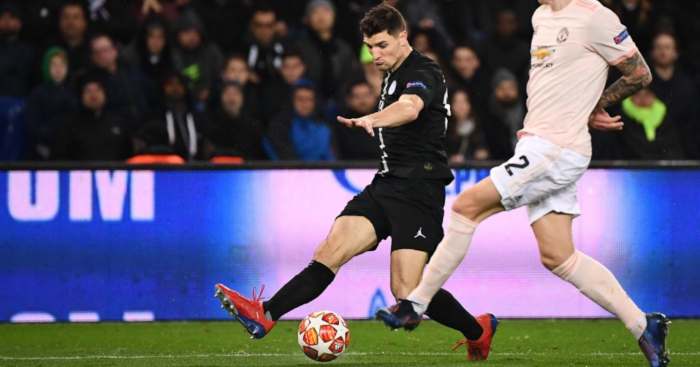 PSG defender Thomas Meunier has fuelled speculation that he could be on his way to Manchester United this summer by admitting he has “never hid” his Premier League desire.

The Belgium international has played 29 times this season in all competitions, scoring five goals and providing four assists from full-back.

Meunier has been linked with a move to United in L’Equipe on Wednesday with the French newspaper claiming a €25-30million transfer is ‘likely’ this summer.

Meanwhile, the Independent reckon Meunier is seen as the easiest route to filling the troublesome right-back spot at Old Trafford.

When asked by L’Avenir if he knew of any interest from Premier League sides, Meunier responded: “Yes, but not only there. It comes from everywhere. Even from China or the Middle East.”

When pushed over his potential interest in a move to England, Meunier said: “I never hid it.”

On his contract situation at PSG, Meunier added: “The discussions with management are hanging around a bit. I can understand because of the deadlines of the team that my personal case was put in the fridge, but since then nothing has happened, the message seems clear enough.

“It would annoy me a little if it ends like that, without having the opportunity to finish beautifully.

“It’s true, I had a rough season, but a title is still a title and I am very happy. You know, even if I only took part in four or five matches in 2019, my stats, offensive and defensive, are among the best in the PSG defence alongside Bernat’s.

“Last year, although I had played less than during my first season in France, I felt I had progressed. Here, it’s the same.”