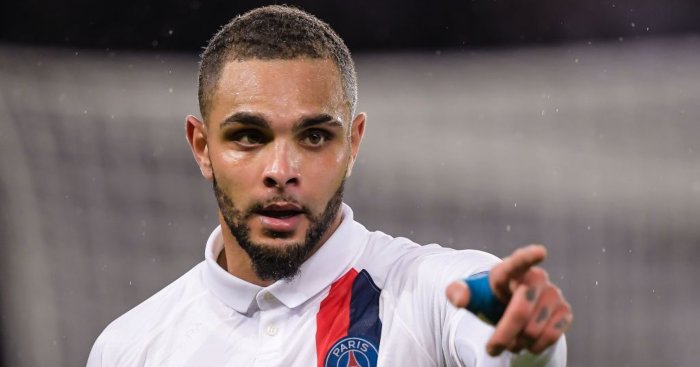 Paris Saint-Germain left-back Layvin Kurzawa has announced that he’s switched agents as he moves ever closer to a reported Arsenal switch.

The French international tweeted on Friday that he has joined the London-based Sports Invest UK, who are headed up by Kia Joorabchian and have strong links with the Gunners.

David Ornstein claimed that Arsenal were in advanced talks over a move for the 27-year-old Kurzawa, whose PSG contract runs out in the summer and would be available for a bargain fee in the January transfer window.

Kurzawa, who has 12 caps for France, played for PSG in their 4-1 win over his former club Monaco on Wednesday, but he alternates left-back duties with Juan Bernat, who often gets selected in the bigger games.

Summer signing Kieran Tierney is out until March with a shoulder injury, and Sead Kolasinac also absent for the weekend’s clash with Sheffield United, leaving them short of options at left-back.

Centre-back Calum Chambers is also out for the rest of the season, while there are still concerns over the fitness of full-back Hector Bellerin.

Gunners boss Mikel Arteta confirmed that he is looking to enter the transfer market at a press conference on Wednesday.

“Yes I have [a list of targets]. You need to have one always just in case,” he said.

“But it has to be the right player in the right context that financially we can compete [for] and attract.

“And all these factors when you put them together it is not easy to compete in this market.”