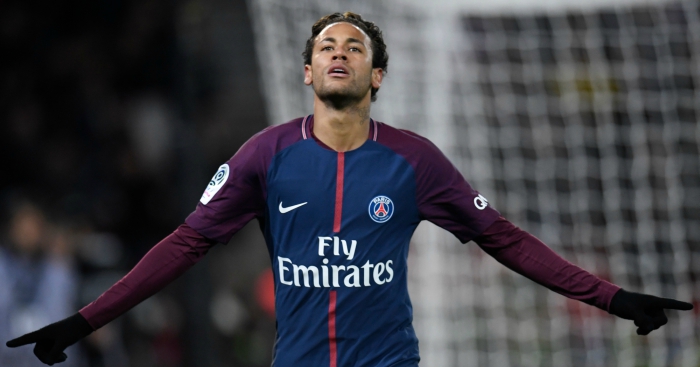 Thomas Meunier has blasted Paris Saint-Germain fans for booing Neymar in a game where the Brazilian scored four goals and assisted two.

Neymar was phenomenal as PSG eased to an 8-0 victory over Dijon on Wednesday to extend their Ligue Un lead to 11 points.

The world’s most expensive player scored goals four, five, six and eight, while he assisted strikes for Angel di Maria and Kylian Mbappe.

But PSG fans booed him as he took the penalty to score his fourth goal, preventing Edinson Cavani from becoming the club’s outright all-time top scorer.

The Uruguayan is currently level with Zlatan Ibrahimovic on 156 goals, but Meunier says the fan reaction was “very disgraceful”.

“I understand the disappointment but I find this very disgraceful from the fans,” he said.

“If you want to boo him, why do you clap and cheer him when he goes past four defenders to score?

“To me, it’s a minor detail. When you look at the score, whether or not Neymar leaves it for Edi is no big deal.

“We all know that Edi will beat the record and by a lot. The player meant to take penalties is Neymar so I don’t think Edi will have something against Neymar. It’s just how it was written on the paper.

“So, as professionals, we must consider the goal as one for the team, more than for Neymar or Cavani on their own.”