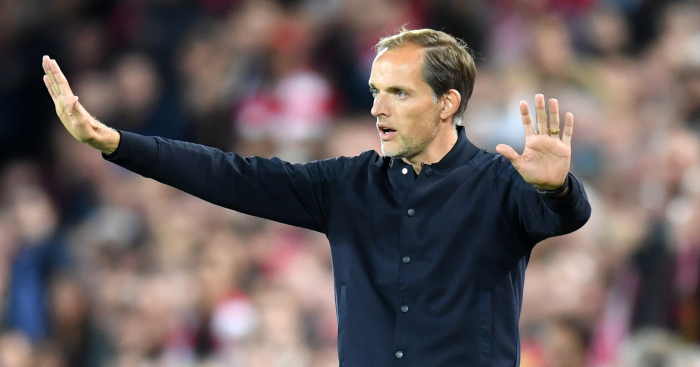 Paris Saint-Germain manager Thomas Tuchel has offered an insight into how Liverpool beat his side on Tuesday.

Liverpool started their Champions League campaign with an impressive 3-2 win at Anfield. They look bloody good.

The Reds took a two-goal lead before being pegged back by strikes from Thomas Meunier and Kylian Mbappe.

It looked likely that both sides would settle for a point, until second-half substitute Roberto Firmino hit the winner in stoppage time.

Liverpool were deserving of all three points, but Tuchel disagrees.

“Maybe the score did not really tell the story of the game,” he said.

“Julian Draxler had a chance to win the game before Liverpool got their goal. For me, the score was not logical or correct.

“We conceded two goals in the first half but never at any point did we lose our confidence. We showed a lot of bravery, a lot of mental strength.

“There was not much space for Neymar to go into that number 10 position,” he added. “What Liverpool do really well is they try to get you inside but then close you down.

“So our plan was to utilise the space out wide. The idea as well was to involve the full-backs to slow things down a little bit and calm things down.