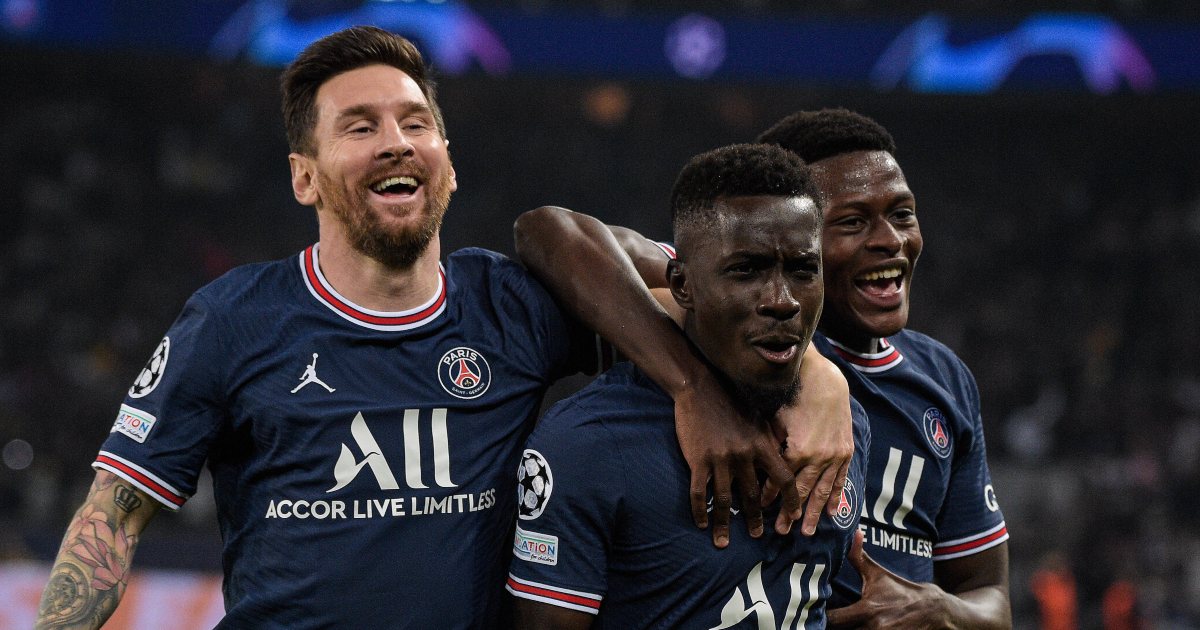 There has long been an incredibly lazy narrative about PSG which was somehow given more oxygen rather than asphyxiated by the arrival of one of the greatest footballers of all time. A club derided as being all glitz and no grit, as more soulless than elevator music, as an expensive collection of the overpaid and undermotivated had somehow become even more plastic with the signing of Lionel Messi. The consensus was that the Argentine would challenge egos, bust systems and leave noses out of joint. We were told that he was unenthusiastic and there was pure joy in some quarters when his first three appearances brought no goals, while headlines trumpeted ‘news’ of snubbed handshakes and the discomfort of Mauricio Pochettino at having another headline act added to the circus bill.

Sorry but bollocks. PSG were already a collection of excellent players – though the narrative insists that reaching the final and then semi-final in consecutive Champions League seasons is some kind of wild underachievement – and now they are a collection of excellent players being coached by a man who demands hard work and discipline, improved by the arrival of a brilliant, brilliant footballer. They also happen to have signed probably the best right-back in world football and possibly the best goalkeeper. This is a phenomenal squad.

More than that, they are clearly a phenomenal team. Against Manchester City, they were organised, they were disciplined and they were relentless and ruthless in their endeavour. Messi will claim almost all the headlines because his movement and then finish to make it 2-0 was simply beautiful, but he was not even close to being the most impressive player in a blue shirt. That honour could belong to Achraf Hakimi for the way he shackled Jack Grealish, Marquinhos for powering header after header out of the PSG area, Marco Verratti for breathless grit allied with guile or Idrissa Gueye for an N’Golo Kante of a performance with the added bonus of an unerring smashed finish.

This was no failure of Manchester City; they simply played against potentially the best team in Europe on a night when the woodwork was as giddy as the natives about Messi’s home Champions League debut and denied first Raheem Sterling and then Bernardo Silva in quick succession. City had 18 shots but too few really tested Gianluigi Donnarumma, who was protected by seven, eight and sometimes nine defenders. Neymar made a tackle, Kylian Mbappe made a clearance, Gueye made five of the former and Marquinhos 13 of the latter. This was the power of the collective with a gloss added by the glorious individuals that supposedly make this PSG side hard to manage and impossible to love.

The kind of money that has been spent on this kind of project invites disdain and welcomes schadenfreude but it seems ludicrous not to appreciate and celebrate a performance that had its roots in the hard work of a former Aston Villa and Everton midfielder. That Idrissa Gueye and Lionel Messi now share a dressing room and a pitch is something really quite wonderful.

It turns out that his club is blessed with grit as well as glitz, the noise inside Parc des Princes makes it anything but soulless and there was more steel than plastic on display as an excellent City side was repelled. Forget the lazy narrative because this balanced and powerful PSG side are favourites for the Champions League entirely on merit.