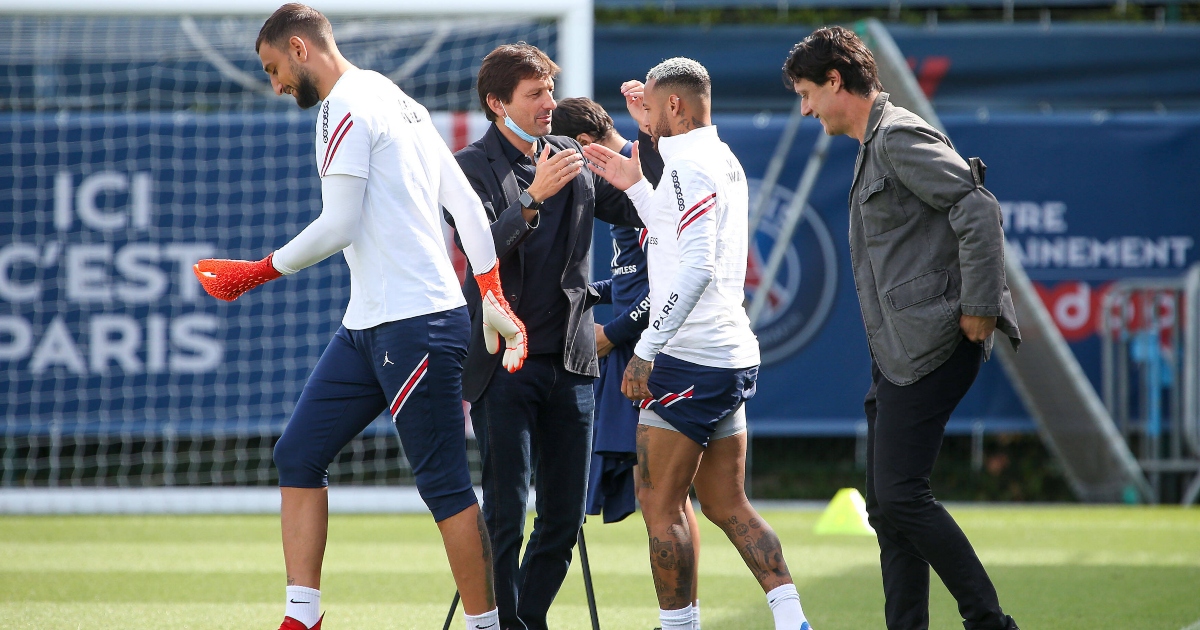 The Parisiens surrendered a two-goal aggregate lead in their Champions League last 16 tie against Los Blancos.

They won the first leg in the French capital thanks to a goal from Kylian Mbappe, and the Real Madrid-linked forward put PSG 1-0 up at the Santiago Bernabeu on Wednesday.

However, a Karim Benzema second-half hat-trick completed a famous comeback for the La Liga giants.

The defeat left the French club fuming, with president Nasser Al-Khelaifi and sporting director Leonardo reportedly seeking to confront the referee over the “shameful” decision not to rule out Benzema’s opening goal.

Donnarumma was challenged by the French striker and as he tried to clear the ball, passed it to Vinicius Junior, who assisted Benzema to make it 1-1.

The Italian shot-stopper thought it was a foul and his appeals to referee, Danny Makkelie, saw him receive a yellow card.

After the match, according to ESPN, Neymar and Donnarumma ‘had to be separated by team-mates’ after a ‘heated bust-up’ in the dressing room.

Neymar reportedly criticised the 23-year-old ‘keeper for his role in Benzema’s 61st-minute goal.

In response, Donnarumma blamed the Brazilian star for conceding possession to Luka Modric ahead of Madrid’s second goal.

After the match, PSG boss Mauricio Pochettino said Benzema’s equaliser was a clear foul on Donnarumma.

“It’s unbelievable,” he said. “It’s impossible to accept. Overall we were the better team. It’s so disappointing.

“The emotion of the game changed. You give Real Madrid belief, and at the Bernabeu of course, it’s difficult to manage the situation. The team was so affected. It’s so unfair. It changed the way the game went completely.”