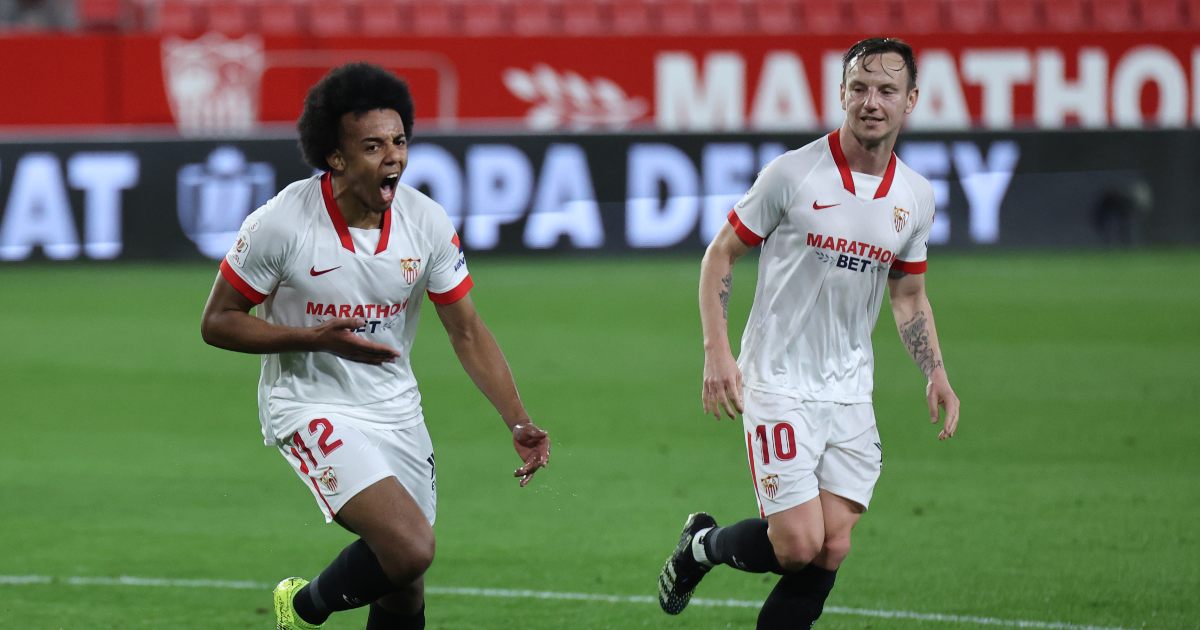 Paris Saint-Germain could blow Man Utd out of the water as both clubs look to buy Sevilla defender Jules Kounde this summer, according to reports.

Kounde has been impressive form for Sevilla as they sit fourth in the La Liga table and having qualified for the last-16 of the Champions League.

The centre-back has played in 28 matches in all competitions for the Spanish side this campaign and contributed three goals in the process.

Previous reports have claimed that Ole Gunnar Solskjaer was ‘desperate’ to sign Kounde in January after he France international had attracted interest from all over Europe.

A report on Friday also outlined Solskjaer’s interest in bringing the 22-year-old to Man Utd with Kounde one of four names on his shortlist of top summer targets.

And now La Razon claims that Man Utd are ‘willing to offer up to 70 million euros’ for Kounde with Real Madrid and PSG also in the frame for his signature.

It is understood that Real Madrid would have to ‘offer players like Isco or Mariano Diaz’ to secure a deal as they cannot ‘even remotely’ offer a similar cash figure.

However, PSG could blow everyone out the water as La Razon reckons the French club would be ‘willing to pay Sevilla his termination clause of 90 million euros’.

Meanwhile, teenage talent Mason Greenwood has signed a new and improved deal keeping him at Man Utd until at least 2025.

On the deal, Solskjaer said: “Mason is a fantastic talent and yet another fine example of the type of player that our academy produces.

“He has made great progress this season, showing real maturity and adaptability to his game which has seen him develop into one of the best young players in the country.

“Whilst it is easy for people outside of the club to forget that Mason is just 19, it is our job as coaches to ensure he reaches his phenomenal potential and every step we take is to help him along that path.

“Mason is naturally gifted and has a brilliant attitude; we know how important he is going to be for Manchester United over the coming seasons.”