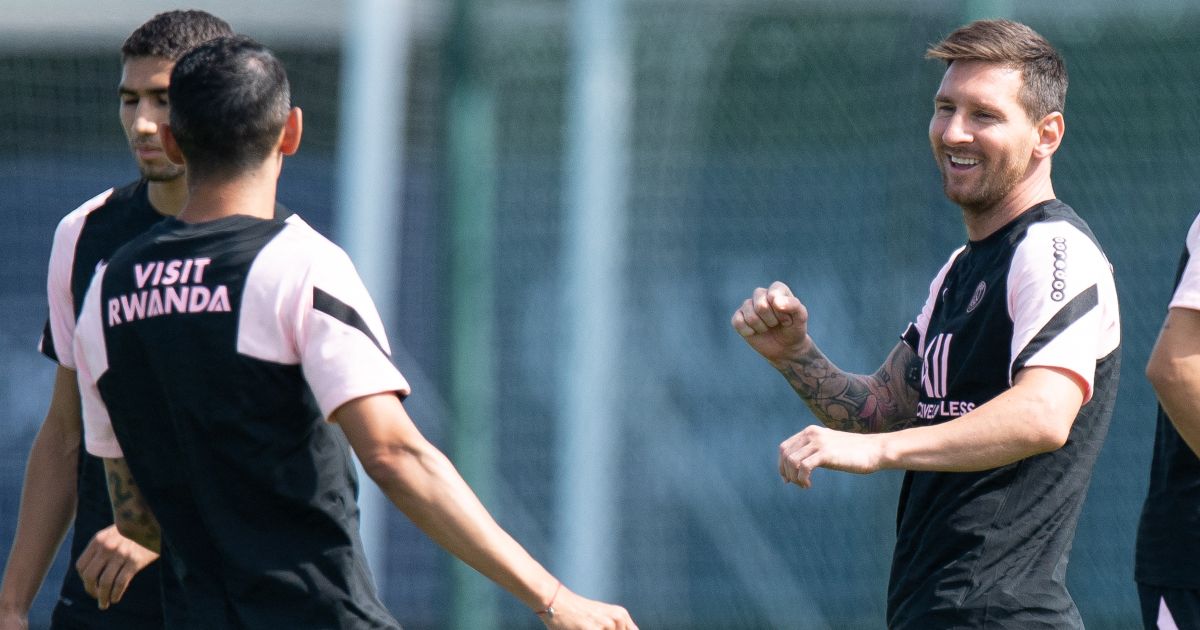 Paris Saint-Germain will not rush Lionel Messi into action following his signing from Barcelona earlier this week.

The six-time world player of the year signed a two-year deal with the French side and many fans are eager to see him line up for Mauricio Pochettino’s team against Strasbourg in Ligue 1 on Saturday.

But Pochettino is in no hurry and he warned fans they may have to wait a little longer to see the Argentine in action.

Pochettino said in his press conference: “As for when we might see Leo Messi, it is his second day of training after a month since he played the last game at the Copa America.

“We will take it step by step, get to know each other and have him feel fit and comfortable so that he is able to make his debut when he is fully fit.”

Messi trained with his PSG team-mates as they prepared for their first home game of the season.

But the 34-year-old has not played any football since winning the Copa America, his first international trophy with Argentina, in July.

Pochettino also said: “The priority is that he is ok, feels good and when he is in the best condition he can play.”

“I want to have the best players like any coach. Everyone knows that Messi is one of the best in the world.”

The Parisian side will boast one of the best attacking front lines in world football with the prospect of Messi lining up alongside Kylian Mbappe and former team-mate Neymar.

Speaking on his arrival, Messi told reporters: “First of all I want to thank the President for his words I’m very happy. You know my exit from Barcelona was a hard moment after so many years it was a difficult change after so much time. But the moment I arrived here I feel very happy and I want to begin training and I wanted it to be a quick signing.

“I’m enjoying my time in Paris since the first minute my family and I arrived – my only will now is to begin training and I want to work with the staff and team mates and begin this new moment of my life.

“I want to thank the president and the whole club for the way they received me since the press release – they were quick in their negotiations and it’s been quite easy. It was a tricky situation and they solved the problems – it was not easy and they did it well and quickly.

“I’m so happy to be here – I have a will to play and I still want to play and win as much as I wanted it at the first moment of my career. This club is ready to fight for all the trophies, this is my goal, to keep growing, keep winning titles and that’s why I’ve come here to this club. I hope we can make it happen.

“I want to thank Paris, it’s been crazy. I’m sure I’m going to enjoy my time with this team and we are going to fight for the aims of the club.”