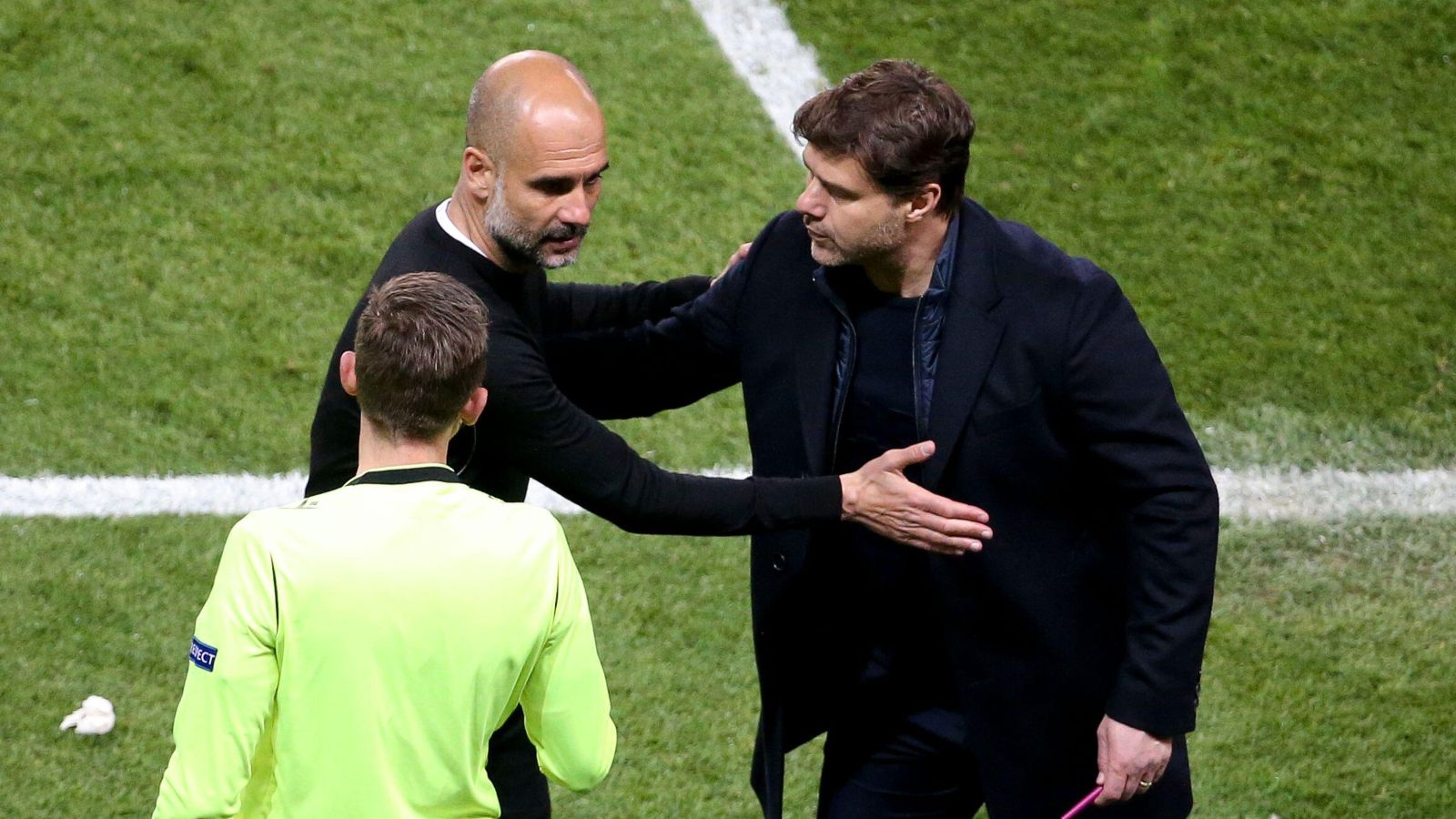 Paris Saint-Germain are reportedly willing to stick with manager Mauricio Pochettino for another year in the hope that they can get Manchester City boss Pep Guardiola.

Pochettino was heavily linked with the Manchester United job but after the Premier League outfit chose to go with Erik Ten Hag, the Argentine remains at PSG.

However, there has been doubt over whether he will continue with the French giants following another disappointing Champions League campaign that saw them crash out at the round of 16 stage.

He did win the Ligue 1 title, as is expected of the mega-rich club, but whether that is enough remains to be seen.

Added into the mix is that face that forward Kylian Mbappe now reportedly has a say in all matters surrounding the club, including the hiring and firing of managers.

French outlet L’Equipe is now reporting that they are willing to stick with former Spurs boss Pochettino for one more season in the hope that they can entice City boss Guardiola next summer.

The Spaniard will be out of contract at the end of next season and is yet to agree new terms with the Premier League champions.

He has overseen huge levels of success since his arrival in Manchester in 2016, including four Premier League titles and five domestic cups.

He is yet to win the club their first ever Champions League trophy and is is expected that he will sign a new deal with the club in the search for the elusive European success.

Having already dominated in Spain, Germany and now England, Guardiola could be tempted by the chance to further his legacy in France but whether that could happen as soon as next year, it remains a doubt.

Speaking on his Vibe with Five YouTube channel, Ferdinand said that he does not expect the Manchester United-linked midfielder to be a one-club man like Mark Noble.

“It all depends on what Declan Rice wants to do with his career,” he said (quotes via Metro).

“If wants to do a Mark Noble and stay at one club in the Premier League – Declan Rice will be the captain for the next ten years if he wants.

“It’s there if he wants to do that. But I don’t think Declan Rice is Mark Noble. Declan Rice is someone who sees himself going to a bigger club, with all due respect to West Ham, and going to fight for honours in the Premier League.